Verstappen: F1 title fight has changed my opinion of Hamilton and Mercedes

Red Bull's Max Verstappen has said that his opinion of Mercedes and Lewis Hamilton has changed this season as a result of their title fight. 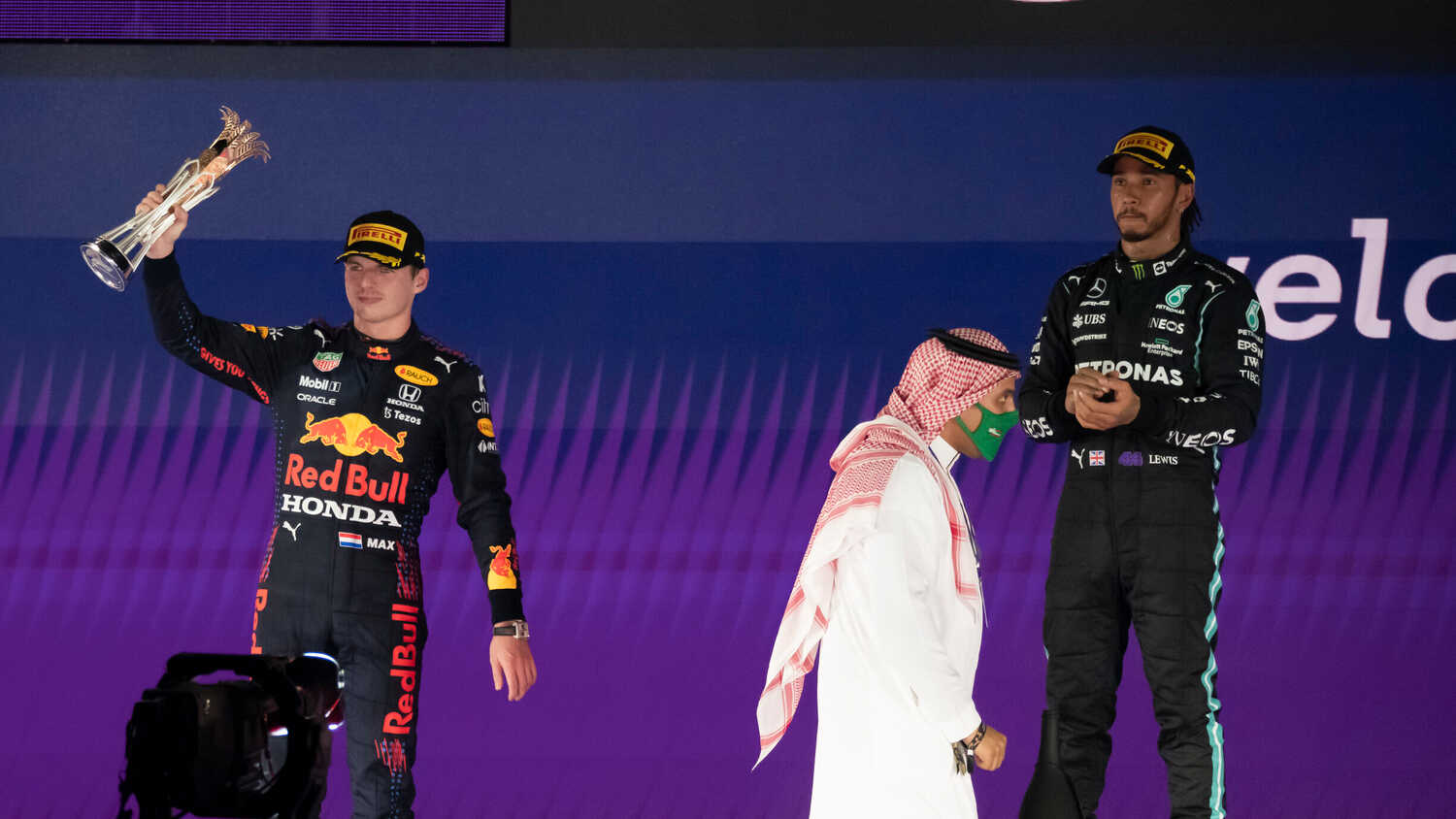 Max Verstappen says the strain of this year's title fight has changed his opinion of Lewis Hamilton and Mercedes.

After an increasingly tense championship battle between the two drivers, and Red Bull and Mercedes, Verstappen and Hamilton arrive in Abu Dhabi level on points for a fraught showdown.

Speaking to media ahead of the weekend, Verstappen was asked about his relationship with Mercedes, whether it's changed over the course of the season and whether there's any credence to Bernie Ecclestone's recent comments that Mercedes and Hamilton are "bullying" the Dutch driver.

"Yes, very much, and not in a positive way," Verstappen told media, including RacingNews365.com.

"Well, clearly, it feels that something is not right. For me, I don't experience bullying, but I think what is going on is not correct."

Winning is the only thing on Verstappen's mind

Asked about whether he'll change his aggressive approach for this weekend, given that he holds the marginal upper hand by dint of having an extra race victory, Verstappen said his goal is clear.

"From my side, I just tried to do the best I can, and I'll try to win this weekend. At the end of the day, that's how you win a championship," he said, in response to a question from RacingNews365.com.

Verstappen has been critical of how he feels he is being treated in the championship fight, saying that he and Hamilton are racing to different rules.

"The only thing I ask for is that it's fair for everyone and, clearly, that's not the case at the moment," he said.

While Verstappen's opinion of his rivals has changed this season, he believes that he is the same person and driver he was at the start of this season.

"I think I'm the same person," he went on to comment.

"Again, it's another season almost done where you gain experience, but I felt ready for it already for a long time.

"And, to be honest, when I joined Formula 1 in 2015, if I had been given a championship-winning car, I'm pretty certain that I would have fought for that championship anyway, because a really good car makes your life so much easier.

"The risk of being involved in a mid-pack starts is less, you don't overtake as much. Realistically, most of the time, you only need to fight your teammate. So the better car you have, the fewer issues you have.

"Of course, from my first year to now, I definitely gained a lot more experience, how to approach a weekend a lot easier, you understand car setups a lot better... but I'm the same person."