Red Bull's Max Verstappen has explained the decision process that has seen him take on a fresh engine at the Russian Grand Prix, ensuring a back-of-the-grid start for the race. 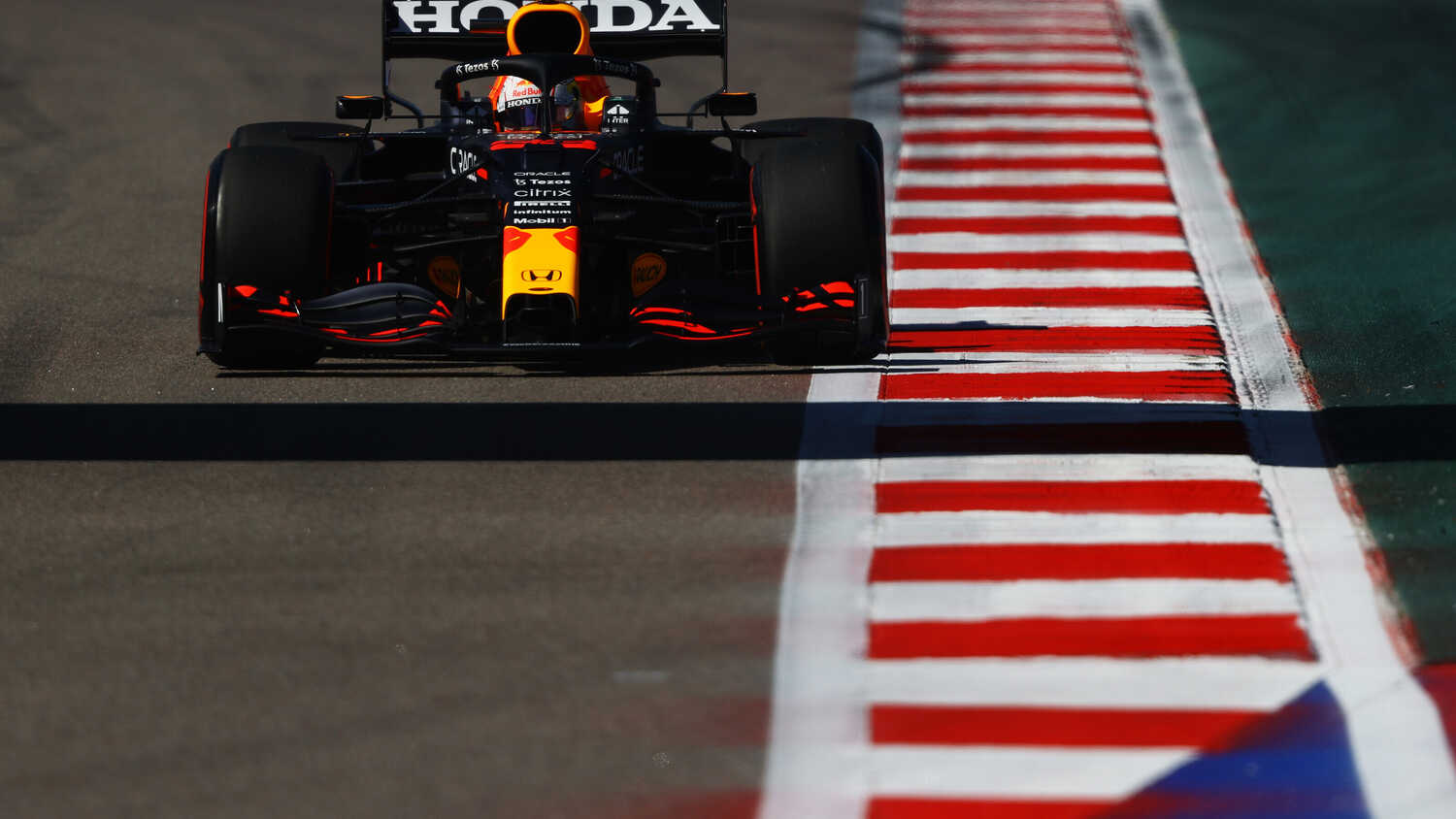 Max Verstappen will be starting Sunday's Russian Grand Prix from the back of the grid, after Red Bull elected to fit his RB16B with a fresh Honda power unit.

The change means he takes his fourth engine of the year, with only three permitted for a season. As a result, the Dutch driver is forced to start from the very back. But the decision to fit the fresh engine this weekend was carefully made.

With Russia expected to be a favourable track for Mercedes, Red Bull appear to have opted for damage limitation at a circuit where overtaking is relatively straightforward. Added to that, this weekend is set for disrupted running due to heavy rain and a wet race could open up opportunities for Verstappen to recover.

Speaking after FP2, which he finished in sixth place after a quiet session bedding in his new engine, Verstappen explained the thought process.

"We said we'd take everything into account and, also with the weather for tomorrow, we thought it would be best to take it here," said Verstappen.

Having embarked on a recovery drive from 19th on the grid in 2018, he finished fifth in the race on that occasion. Asked whether he's aiming to replicate that type of comeback, Verstappen admitted it could be more difficult this season.

"In 2018, the gaps to the midfield were a bit bigger and so, naturally, I think it will be a bit more difficult to come through," he commented.

"But we had to take the penalty anyway and, if we hadn't taken it here, we would have taken it somewhere else. So we thought, 'OK, we'll decide to do it here', and then we'll try to make the best of it in the race."

As for whether he's setting up for the weekend with the eye on it being a wet race, Verstappen said a clear direction is yet to be decided upon.

"We just tried to make the best possible race car for this weekend, of course, once we decided to take that engine," he added.

"So I hope, of course, that it's gonna work out but tomorrow, let's wait and see how the weather will be."

"Mercedes looks very strong here and that's why we decided to change the entire package. The weather also played a part in the decision to replace the engine now," he told Austrian broadcaster ORF.