Verstappen disappointed: Again taken out by a Mercedes

Max Verstappen was left unhappy after being caught up in another first-lap incident at the Hungarian Grand Prix, having been hit by Lando Norris who had been knocked by the Mercedes of Valtteri Bottas. 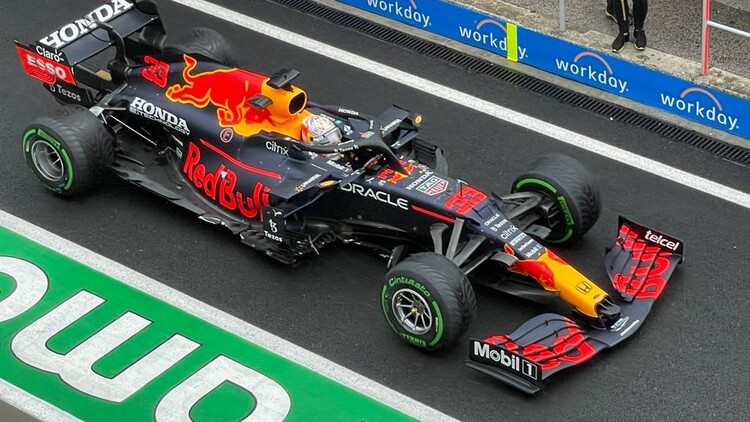 Max Verstappen was left frustrated after a first-lap incident at the Hungarian Grand Prix caused lasting damage to his car.

There was chaos at Turn 1 of the race when the Mercedes of Valtteri Bottas ran into the back of Lando Norris, which then caused Norris to hit Verstappen. With the race red-flagged to clear up the debris, Verstappen's Red Bull mechanics faced the challenge of trying to repair his car in time.

The Dutchman rejoined the race but struggled due to the remaining damage and ended the afternoon in 10th. Given the controversial incident that occured between himself and Lewis Hamilton at the British Grand Prix, Verstappen was disappointed to have another first-lap collision.

"Again taken out by a Mercedes," the 23-year-old told Sky Sports F1. "That's not what you want.

"From there onwards I was missing my whole side of the car, the whole barge, and the floor was damaged as well. It was almost impossible to drive to be honest.

"I still tried my very best and I scored one point so it's at least something, but it's of course not what you want."

Bottas received a five-place grid penalty for the incident but this is little consolation for Verstappen, who has now lost the lead in the World Championship to title rival Hamilton. However, the Dutchman hopes to come back stronger after the summer break.

"These moments, it doesn't do anything, it's just disappointing," Verstappen explained. "But I know that when we go again, after the break, I will be there again.

"I'll try my very best and of course I hope my car is going to be competitive, but we'll find out."

Verstappen added: "A lot of freak moments [have happened], which cost us a lot of points. We'll see. They [Mercedes] are of course very quick, but we will never give up.

"We have to focus on ourselves, we keep pushing and we'll see where we end up."