Verstappen concerned about starting on dirty side of the grid

Red Bull's Max Verstappen is a little worried about starting the Turkish Grand Prix from second place, feeling that the grid slot won't yield much grip. 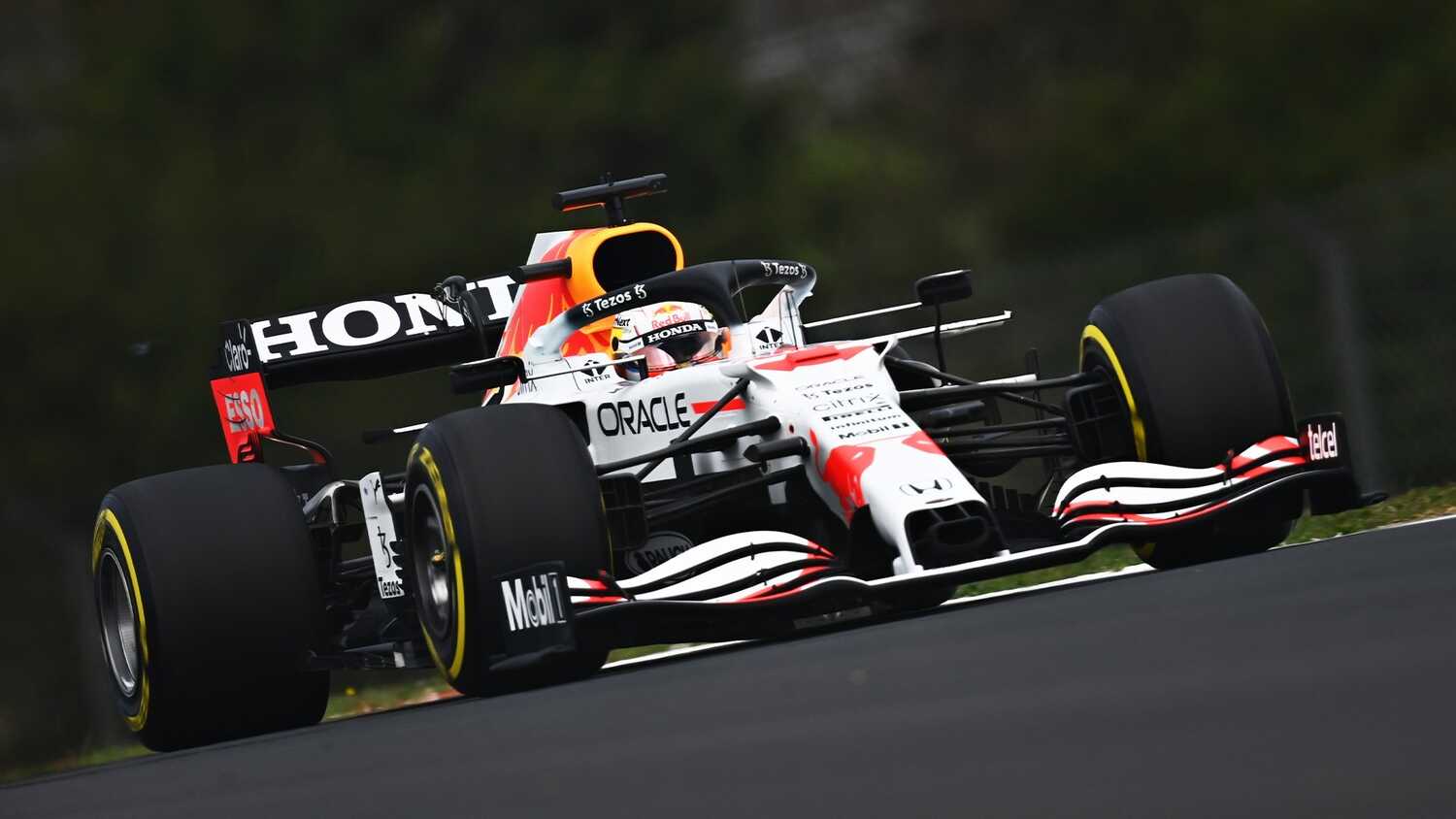 Max Verstappen's promotion to second on the grid for the Turkish Grand Prix has the Dutch driver worried about the race start.

Verstappen had initially qualified in third place, on the grippier side of the grid. However, following Lewis Hamilton's engine change grid penalty, he moved up to second, a grid slot that is off the racing line for Turn 1 and, in theory, yields less grip.

"Starting second, I don't think that's a great place to start on the inside, because there's no grip on the inside line, so we'll see how that goes," Verstappen told the media, including RacingNews365.com, after qualifying.

With Mercedes clearly enjoying the upper hand over Red Bull so far this weekend at Istanbul Park, Verstappen praised the improvements made by his team since a tough first day of practice.

"I think we made some decent improvements compared to Friday, where it seemed like we were struggling a bit more to understand how to be quick around here," he commented.

"[We were] just trying to work on that. I think in qualifying again it was a little bit better, but still not perfect. I was still quite happy with the result at the end, and the lap itself, so I can't really be too disappointed about that."

With rain now threatening the Turkish Grand Prix, this could negate some of Red Bull's dry weather struggles. Having had understeer throughout Friday practice, Verstappen said that this was mostly solved for Saturday's track time, but that the overall balance of the car simply isn't right.

"If I would have known, of course, I would have changed it for qualifying, so [I'm] not entirely sure why we are lacking," he explained.

"The feeling is not ideal in terms of the balance of the car, but we can't do anything about it.

"I think maybe it's also a bit tarmac related here, and then the behaviour of the tyres on it. It seems like we are not on top of that whole combination yet. But we'll look into it and of course try to learn from it."