Verstappen and Hamilton deny need for talks ahead of title showdown 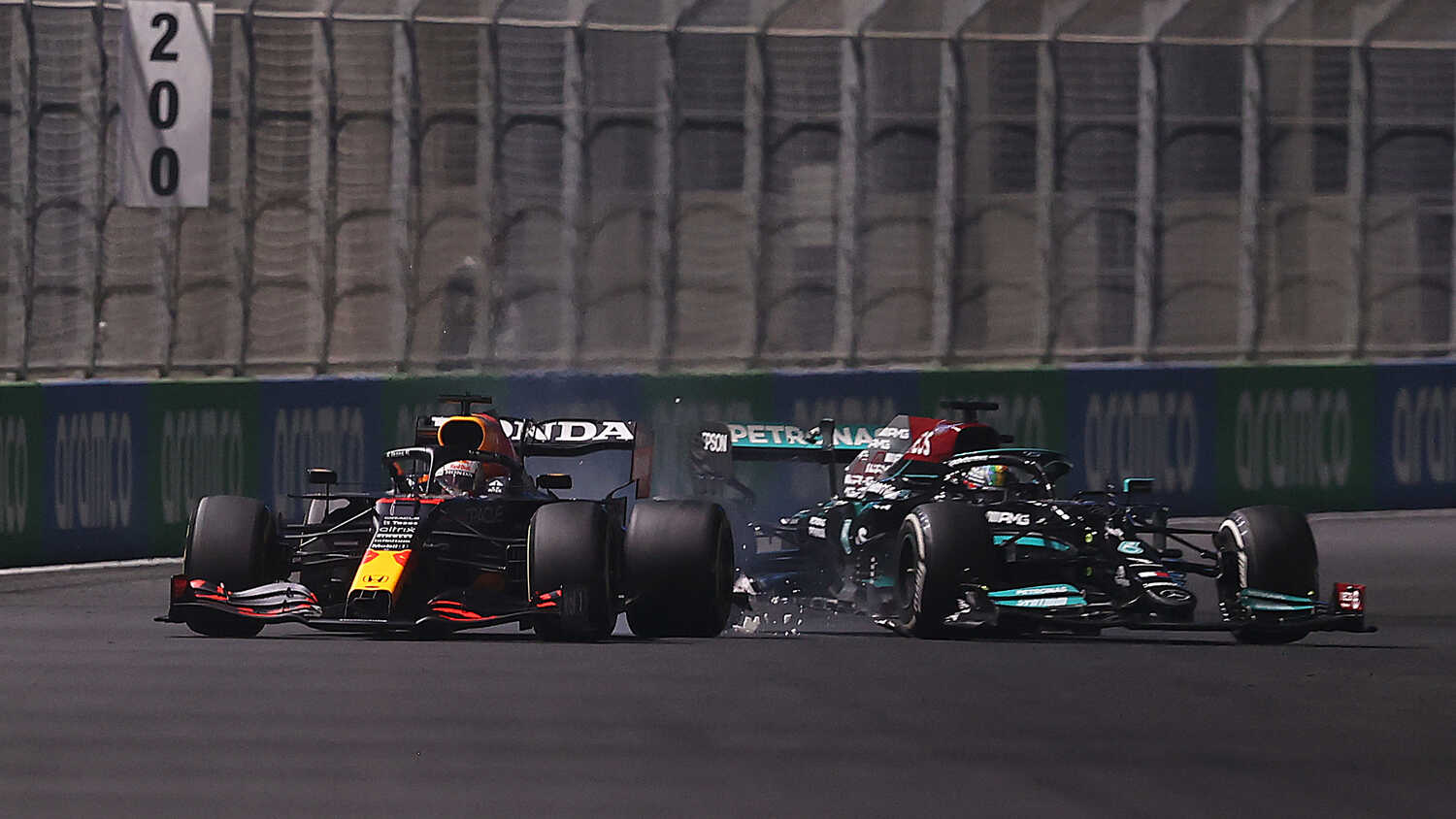 Both Max Verstappen and Lewis Hamilton have said that they don't believe talks are necessary to ensure fairness at the title decider in Abu Dhabi.

Prior to the season finale, the FIA have emphasised the rules of fair racing to both drivers, as they head into the race level on points.

But after a hugely controversial Saudi Arabian Grand Prix, where the pair had a minor collision, and Verstappen was ruled to have brake tested his rival, both drivers reckon enough lessons have been learned to not necessitate any specific conversation between them ahead of this weekend's race.

"I don't think we need to sit down," Verstappen told accredited media, including RacingNews365.com, on Thursday.

"I think we are both here to win. I will do everything to win and win the championship, ultimately - whatever is necessary in terms of points.

"I think we've raced really well together already the whole year and I think we put on a great show for everyone at the end of the day. Hopefully we can do that again here."

Hamilton, sitting alongside Verstappen during what was a tense press conference between the title rivals, agreed with the Dutchman.

"I don't think so," he said of the suggested need to have a conversation.

"I think, as Max mentioned, we've had lots of races. There's been lots of good, and there's been, obviously, incidents. But I'd like to think, hopefully, we learn from all these things and then move forward."

Not thinking about a collision

While the title rivals have collided on a few occasions this season, including highly controversial clashes at Silverstone and Monza, both drivers say they aren't giving any mental energy to thinking about one this weekend, or how the stewards might judge the situation.

"I think we just have to focus on the positive for this weekend," said Verstappen.

"We just want action on track. I think from both sides, we want to win, clearly. It should be about that, not about controversial decisions."

If both drivers retire from the race, for whatever reason, Verstappen will be crowned champion due to having an extra race victory under his belt. As a result, Hamilton said he's not looking at external factors potentially playing a part this weekend.

"I just don't give it any energy," he explained.

"I'm here for a great race. We're arriving on a positive as a team, we've got the car in a great place.