Max Verstappen expressed his amazement at climbing from the back of the grid to second in a dramatic Russian Grand Prix. 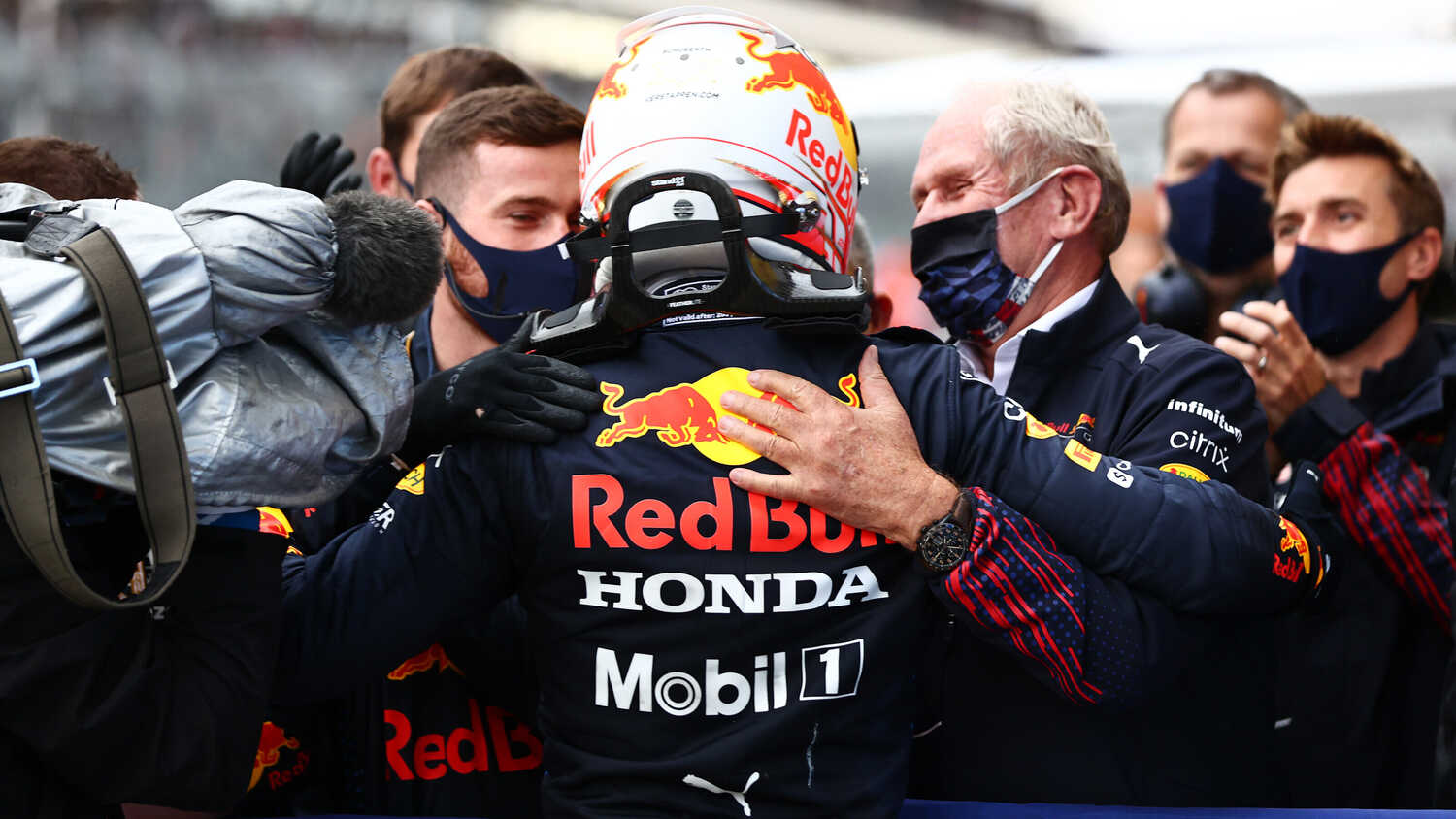 Max Verstappen admits he was surprised to claim second place in the Russian Grand Prix after starting from the back of the grid.

The Dutchman had worked his way through the field during the race but was able to gain the most ground due to the rain that hit in the final laps, making the call to switch to Intermediate tyres at the ideal time.

"It was pretty tricky on the in lap to make the call to go to Inters," Verstappen told Sky Sports. "I think we decided at the right time to pit.

"To come from last to second is very, very good. The race itself was not very easy as it was very difficult to pass, and once you got stuck it was very easy to damage your tyres. The rain helped us to make that last jump.

"With the penalty we had, to only lose one spot basically is definitely not too bad. When I woke up this morning, I definitely didn't expect this result!

"From the back, a lot of things happened on the first lap and first stint. We managed all of that very good and the crucial call to go to the Inters worked out."

Whilst Hamilton has now retaken the lead of the World Championship, Verstappen's second place means that the gap between them is just two points.

Mercedes are still on top in the Constructors' standings with a 33-point advantage over Red Bull. Verstappen's teammate Sergio Perez finished the race in ninth, whilst Valtteri Bottas claimed fifth position after seemingly struggling in the midfield for much of the Grand Prix.

The fight for the title will continue at the next race in Turkey on 8-10 October.