Techeetah driver Jean-Eric Vergne won the first race of the Rome E-Prix behind the safety car. 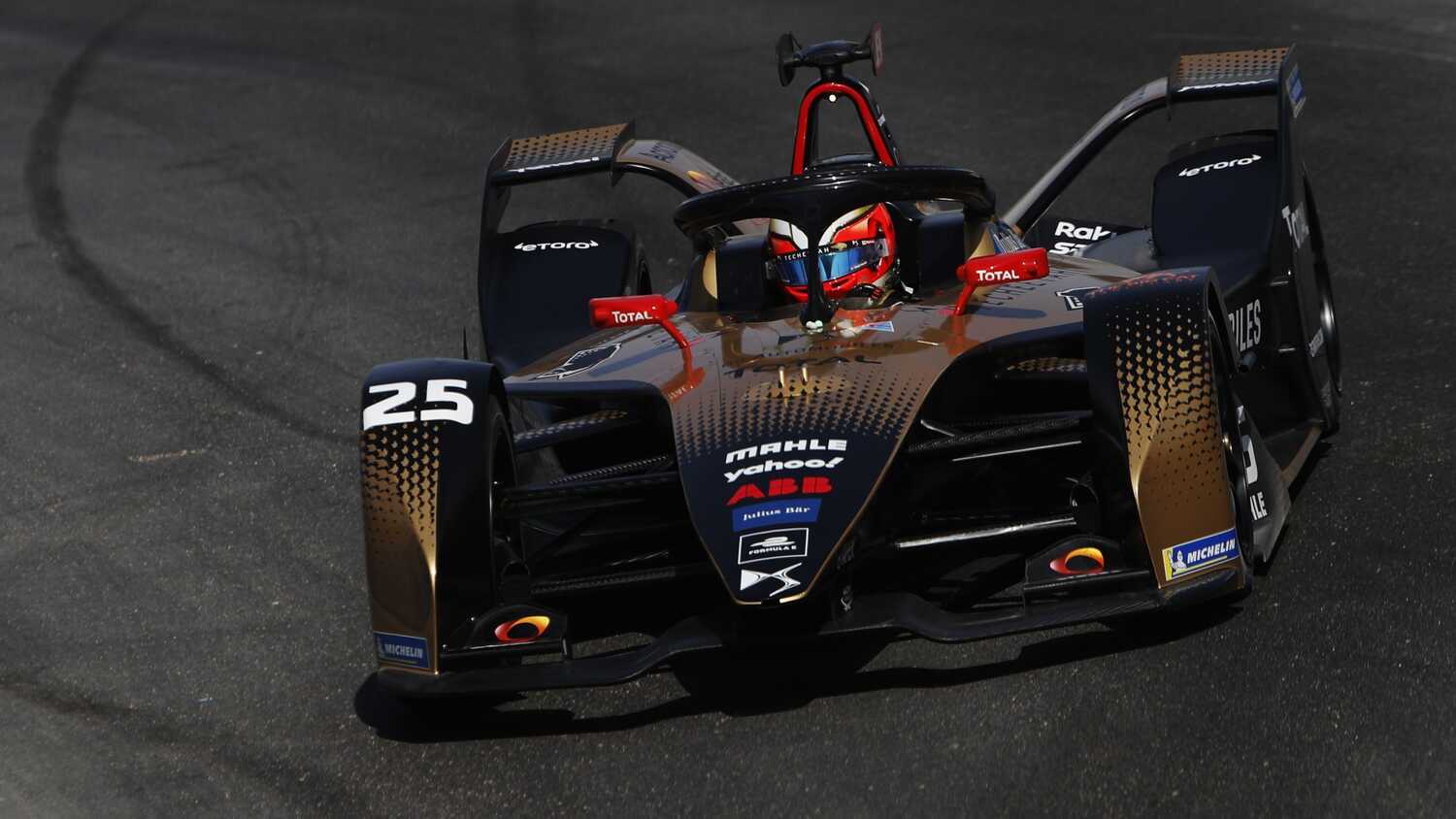 A massive collision towards the end of the race handed Jean-Eric Vergne the win after Mercedes duo Stoffel Vandoorne and Nyck de Vries got caught up in a racing incident, caused by a slowing Lucas di Grassi, forcing both drivers to retire.

The damp conditions meant that the race started behind the safety car, however, disaster struck a few corners later with Vandoorne and Andre Lotterer coming together handing Oliver Rowland the lead. Lotterer was later handed a five-second penalty for his part in the incident.

The Nissan driver, however, was given a drive-through penalty for excessive use of power meaning the drivers who started first, second, and third all fell out of contention for the race win handing Audi driver Di Grassi the lead over from Jean-Eric Vergne and Robin Frinjs in tow.

A cagey first part of the race finally came to life when race leader DI Grassi decided to use his attack mode. Despite losing positions to Vergne and Frinjs, the Brazilian battled back retaking second place from the Dutch driver. The big winner during this melee was De Vries who moved into second with Vergne gaining his position back when De Vries was forced to use the first of his attack modes.

Behind the leaders, Sam Bird battled back from 11th on the grid to fourth with Vandoorne recovering to fifth. Bird made further progress overtaking De Vries for third. The British driver clearly had momentum on his side.

However with less than five minutes to go disaster struck as a mechanical issue for Di Grassi forced him to slow down in turn causing a concertina effect that saw Vandoorne slam into the wall at high speed while trying to avoid the slowing Audi driver and taking his teammate De Vries out in the process. The incident facilitated a full course yellow thus ending the race early.

This handed the win to Vergne with Jaguar duo Bird and teammate Mitch Evans rounding out the podium. Evans also got the extra point for setting the race's fastest lap.