Alfa Romeo team boss Frederic Vasseur has confirmed that he will stay on as the Team Principal into 2022, but that there's no decision yet made on their drivers. 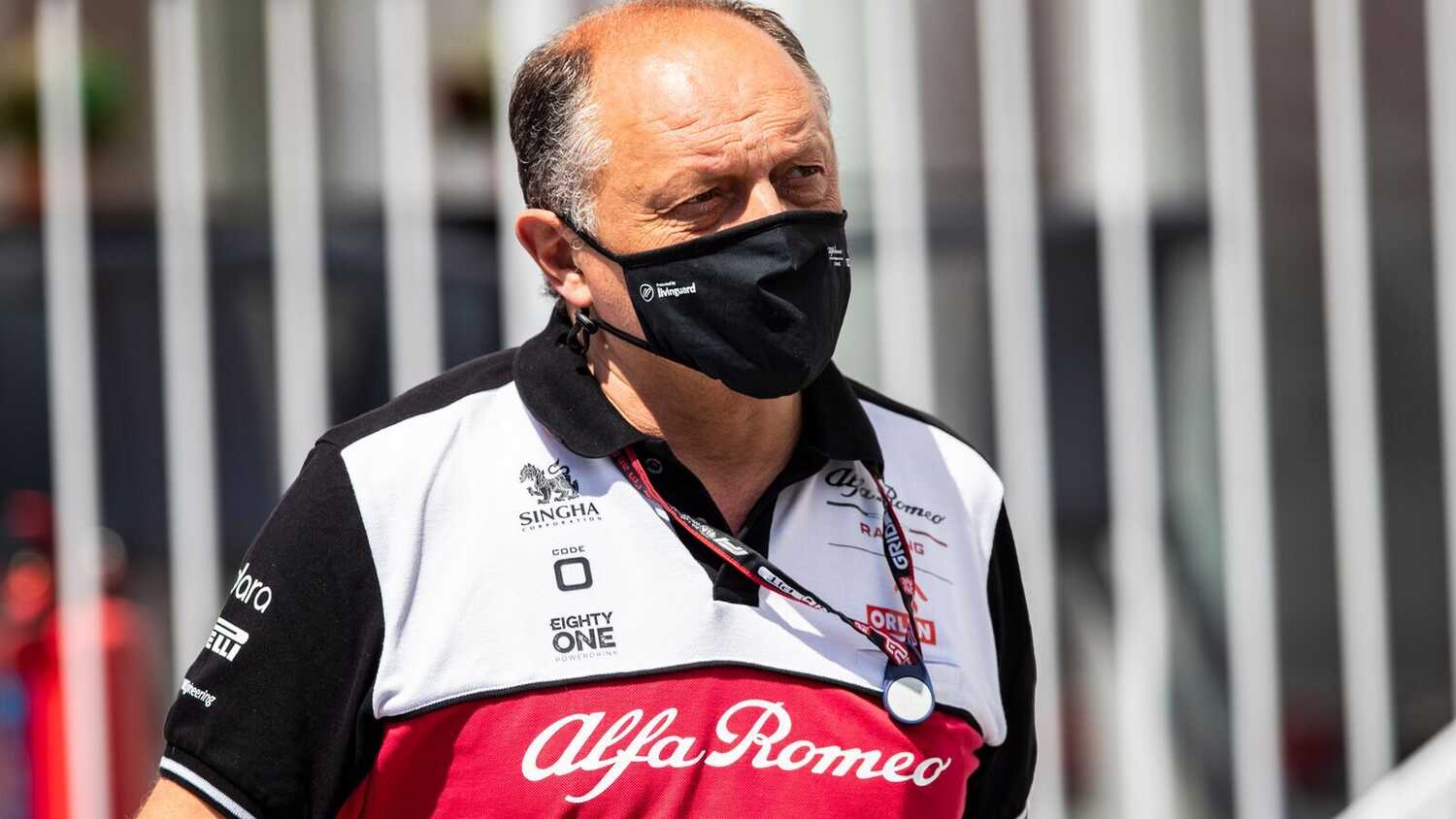 Alfa Romeo will continue to have Frederic Vasseur at the helm for 2022, following confirmation earlier this week that the Italian car manufacturer will continue its partnership with the Sauber team.

With Vasseur's contract as team boss also coming to an end at the conclusion of 2021, he confirmed that the renewal of the Alfa Romeo deal will also see him stay on as Team Principal into next season.

Speaking on a media call, which included RacingNews365, Vasseur confirmed he would be staying on. Asked about the driver situation for next season, given that Alfa Romeo are yet to confirm either Kimi Raikkonen or Antonio Giovinazzi for 2022, the team boss said that decision is yet to be made.

“I had the same question last week and it has absolutely nothing to do with Alfa Romeo [the company], the driver choice is the responsibility of the team.

“We have to take time to discuss and think about this, but we are not in a rush.

“I want to see what happens in F1 and in the junior series also, and I will take the decision on the second part of the season – not before.”

As well as having their current drivers as options for next season, rising star Theo Pourchaire is making waves as a Sauber junior, while Ferrari Academy driver Callum Ilott has also tested extensively for the team, including a recent first practice appearance.