Kimi Raikkonen might be turning 42 this year but Alfa Romeo boss Fred Vasseur believes he is very motivated to continue his F1 career. 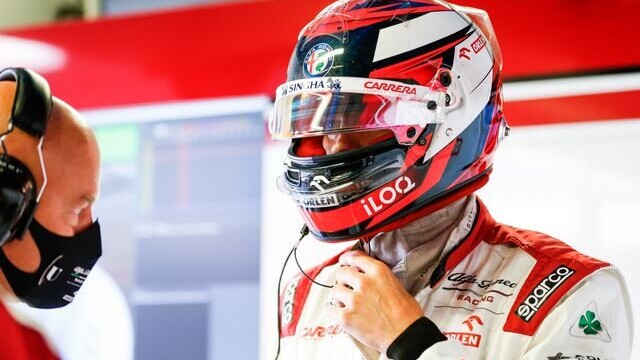 Alfa Romeo team principal Fred Vasseur is expecting Kimi Raikkonen to remain in F1 beyond 2021 as the Finn’s motivation seems as strong as ever.

Raikkonen, who turns 42 later this year, is going into his 19th season in Formula 1 and it will also be his third with Alfa Romeo. Vasseur remains confident that the 2007 world champion will still be on the grid when the sport introduces new regulations in 2022.

“Yeah, but we treat it one by one,” Vasseur was quoted by GPFans. “We have to be realistic and stay focused on this year and see what happens next year.

Vasseur explained that he had always been keen to keep Raikkonen at the team and that the only criteria for making this happen was that Raikkonen would continue to give his full commitment and motivation.

“It is clear we wanted to get Kimi on board,” the team principal said. “It was more a method of motivation for him that he knew at some stage it would become difficult, that's for sure.

“It is just a matter of commitment and motivation, and the commitment is still there and Kimi is more than motivated. I am optimistic for the future.”

Raikkonen possesses the record of being the driver with the most F1 race starts to their name, having now started 329 grand prix. The Finn will be hoping for a better season in 2021 than the previous year, where he scored just four points.