The next generation of F1 drivers: Unprecedented depth makes Formula 2 a must see

The F2 grid has 11 drivers who could challenge for the the championship or move into F1. With such a competitive grid, here's a look at which drivers are best placed to ascend the ranks into Formula 1. 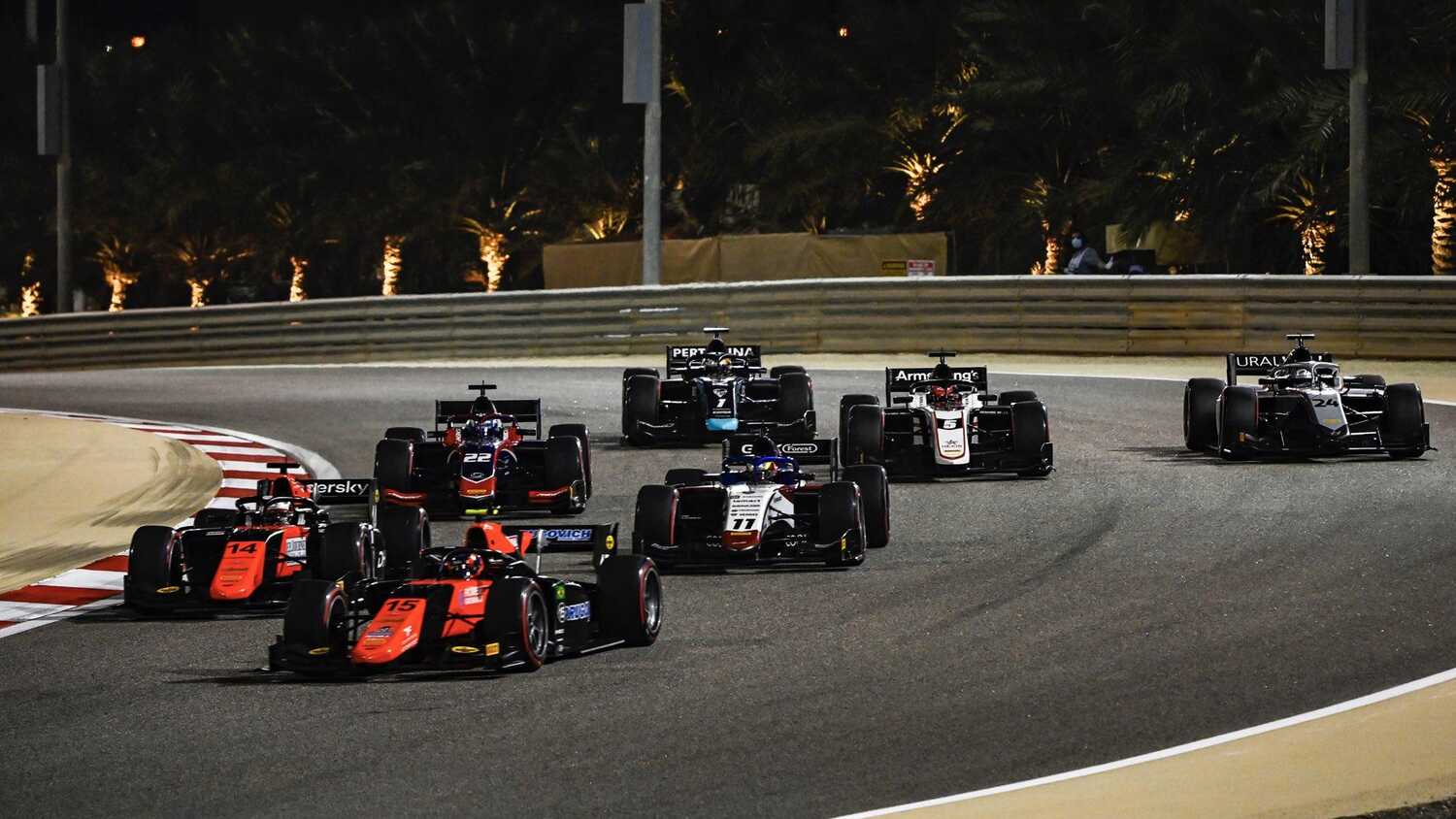 Over the past few years, the FIA Formula 2 championship has proven to be an extremely competitive championship. The likes of Charles Leclerc, George Russell, and Mick Schumacher have won the championship with others such as Lando Norris and Nicholas Latifi also finishing in the top three before making the F1 grid.

The 2021 grid is as strong as ever, with any of the drivers listed below capable of winning the championship.

Robert Shwartzman may be the best-placed driver in F2 to make it to F1 next year. While his rookie campaign in the series got off to an explosive start, his results wobbled during the middle of the season and he had to settle for fourth overall in the championship.

Racing for the Prema Powerteam and with none of the drivers who finished ahead of him racing in this year's championship, Shwartzman is rightly tipped as the hot favourite to win this year's title.

With Kimi Raikkonen one year older and Antonio Giovinazzi failing to impress so far, a seat at Alfa Romeo could open up for the young Russian.

Racing for the UNI Virtuosi racing team this term, the Brazilian will fancy his chances of taking the fight to Shwartzman and Prema.

However, unlike the other drivers on the list, Drugovich is not currently affiliated with any F1 team. This could prove a stumbling block even if he does win the title given the grid is stocked with Ferrari, Red Bull, and Renault juniors.

While Christian Lundgaard is yet to be confirmed for this year, it's expected he will re-sign with the ART Grand Prix team. If this were to happen then the Dane will be a threat to anyone looking to claim the championship.

Lungaard's 2020 was a mixed bag, to say the least. The ART driver claimed two wins and a further four podiums before his results trailed off towards the end of the season, ultimately leaving him in sixth place in the championship.

Entering his second full season, the Renault academy driver will be hoping for better consistency as he will no doubt have his sights set on the title.

The Australian has momentum on his side, and considering he is racing for the Prema Powerteam, he will in all probability be a championship contender.

The likes of Russell and Leclerc distinguished themselves by winning the championship in their rookie seasons, and Piastri could follow in their footsteps.

The youngest driver on this list, Theo Pourchaire has stormed up the racing ladder winning the ADAC Formula 4 championship, and finishing second behind Piastri in the 2020 FIA Formula 3 championship over the last last two years.

The French driver will be racing for the competitive ART Grand Prix team and the 17-year-old will be looking to emulate ART's last champion, Russell, as he seeks to win the championship in his first year.

Signed to the Alfa Romeo team, it wouldn't surprise anyone if Pourchaire ends up at the Hinwil-based team next year.

There will be three Red Bull juniors competing in Formula 2 this year. Indian Jehan Daravula is the most experienced and currently the best prospect the team has in F2. However, given that he was outperformed by Yuki Tsunoda in 2020, the Carlin driver must build on his season-ending win in Sakhir and show Red Bull that he can make the step up to AlphaTauri.

The second driver is Juri Vips. The Estonian is highly rated by those in the know and he will be looking to establish himself as a front runner after contesting two rounds of F2 last year. Vips' standout performance came at the 2019 Macau Grand Prix where he finished second.

Racing for Hitech Grand Prix, Vips will have to ensure he beats his teammate first and foremost if he is to have a shot at landing a drive at AlphaTauri.

His teammate Liam Lawson is the final driver on this list of Red Bull juniors. Lawson finished fifth in the FIA Formula 3 series in 2020 claiming three wins. Already confirmed to contest the entire DTM season, Lawson could stake his claim to an AlphaTauri seat if he can outperform his stablemates.

The rest of the grid

The sheer depth of talent on the grid means names like Guanyu Zhou, Dan Ticktum, and Marcus Armstrong will also be heard from in 2021. All three drivers are associated with Formula 1 junior teams (Renault, Williams, and Ferrari respectively), and could very easily leapfrog the drivers mentioned above.

The 2021 grid is one of the strongest grids in recent memory, and with Formula 1 teams opting for a youth movement in recent times, don't be surprised if one of them makes the step up in 2022.