The Alpine driver has found himself in the wars on and off the race. Check out the biggest accidents Alonso has had during his time in Formula 1. Without doubt he's had some lucky escapes. 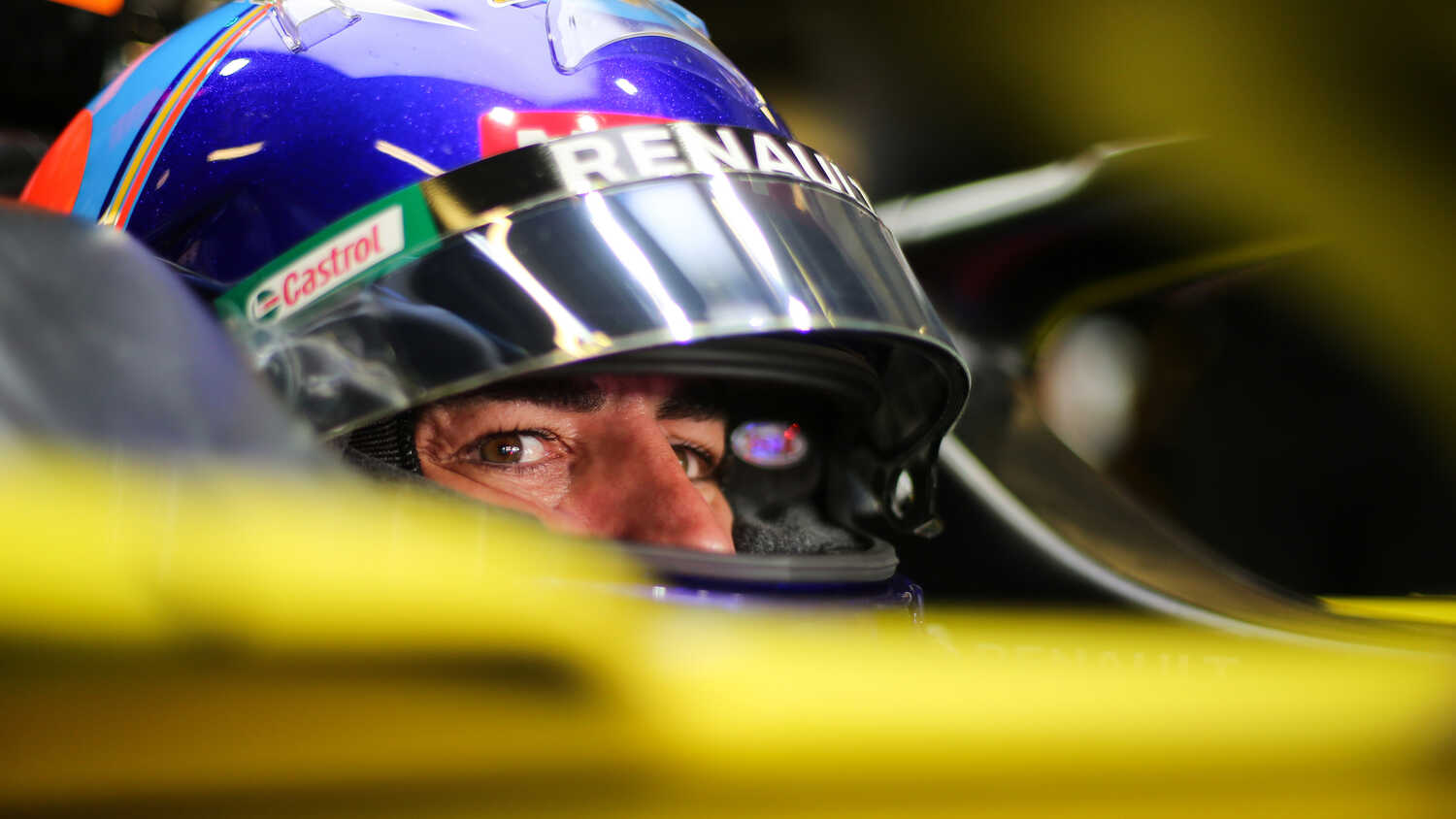 Fernando Alonso has walked away from some horrific incidents since he made his Formula 1 debut in 2001. Very few drivers have experienced as many big crashes as Alonso but he always finds a way to bounce back and get return to his best form.

After a recent cycling accident which left Alonso in hospital, find out the other scares and shocks he has had in the last 20 years.

One of Alonso’s biggest accidents in F1 came during his third race with Renault. He came across the remnants of Mark Webber’s car at the high-speed turn 14 of Interlagos after the Australian suffered a major crash and smashed into one of Webber’s tyres.

Alonso’s car speered into the tyre barrier causing a red flag. Remarkably, his injuries were not severe with bruising to his knee, elbow and thigh. 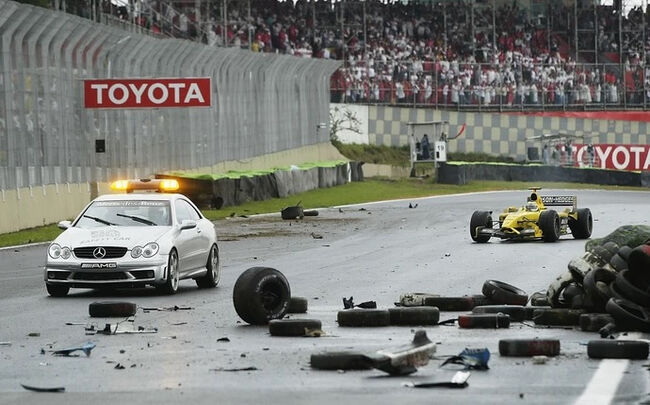 In an attempt to lap backmarker Ralf Schumacher, Alonso went for an audacious move around the outside of the Williams driver in Monaco’s famous tunnel.

Alonso was furious with the incident which cost him a chance of victory on the streets of Monte Carlo.

Alonso was on course for a crucial haul of points during the 2007 Japanese Grand Prix at Fuji. But a rare error in torrential rain saw him spin coming out of the fast turn five and smash into the barriers.

He said he simply aquaplaned and lost control despite contact with Sebastian Vettel earlier in the lap.

Alonso’s first pre-season scare came in 2009 in Kenya. The double world champion escaped injury in a plane accident when returning from his Christmas holidays. The pilot of the plane lost control shortly after take-off when the right wing of the plane struck a building.

A shocked Alonso and his family travelled home via a private plane sent by former Renault boss Flavio Briatore. 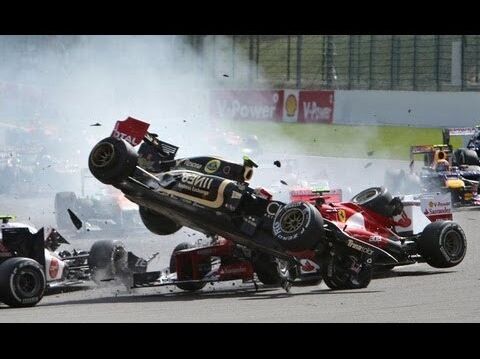 Leading the championship, Alonso will look back at this crash at the 2012 Belgian Grand Prix and think this is where he lost the title.

Romain Grosjean and Lewis Hamilton touched wheels, causing both drivers to lose control. Grosjean speared into Sergio Perez, sending the Mexican into the air and over the top of Alonso. Perez’s car missed Alonso’s head by the narrowest of margins.

It may not have been an accident but Alonso triggered the FIA’s G-force sensor when he went off the track and ran over a kerb.

For a moment, Alonso’s Ferrari was on two wheels as the 28G impact led to Alonso ending up on a stretcher post-race.

Remarkably, the impact unphased him and he managed to set the fastest lap of the Grand Prix on the final lap.

Driving for McLaren in 2015 pre-season testing, Alonso suffered a bizarre accident at turn three of the Circuit de Barcelona-Catalunya.

McLaren claimed the crash was caused by a sudden gust of wind but Alonso insisted that the incident happened due to his steering wheel locking up.

"There are some areas in the car that, instrumentation-wise, are probably not at the level to see this problem," Alonso said. "I’m sure that we are missing something on the data acquisition that we will spot in 10 years’ time or whatever, when the technology is available.”

On physicians’ advice Alonso elected to sit out the opening round in Australia but returned at the second event of the year in Malaysia. It was the first Grand Prix, Alonso missed in his F1 career.

Running down the order, Alonso came across Esteban Gutierrez but misjudged a move on the Haas driver.
He collected the back of Gutierrez which lifted Alonso into the air at 300km/h, rolling over several times before coming to a halt against the turn three barrier.

Alonso missed the next race in Bahrain on medical grounds after breaking his ribs and suffering a pneumothorax. Former FIA President Max Mosley believed Alonso’s accident could have been fatal had it happened 20 years earlier.

Reminiscent of the first corner accident at Spa-Francorchamps six years earlier, Alonso was on the receiving end of a mistake from Nico Hulkenberg.

Hulkenberg outbraked himself, hitting the rear of Alonso’s car which sent the McLaren driver over the top of Charles Leclerc.

The halo came to the rescue for Leclerc in one of the most dramatic first turn incidents in the turbo-hybrid era.

Alonso’s most recent scare came earlier this month when the two-time world champion was cycling in Switzerland.

Passing parked cars, Alonso suddenly collided with a vehicle which left him hospitalised and had to undergo minor surgery to repair his teeth.

However, he is already back in training and ready to return to Formula 1 in March with pre-season testing in Bahrain.