It's 25 years today since Michael Schumacher took his first win in Ferrari overalls, the springboard for what would become one of the sport's most dominant partnerships 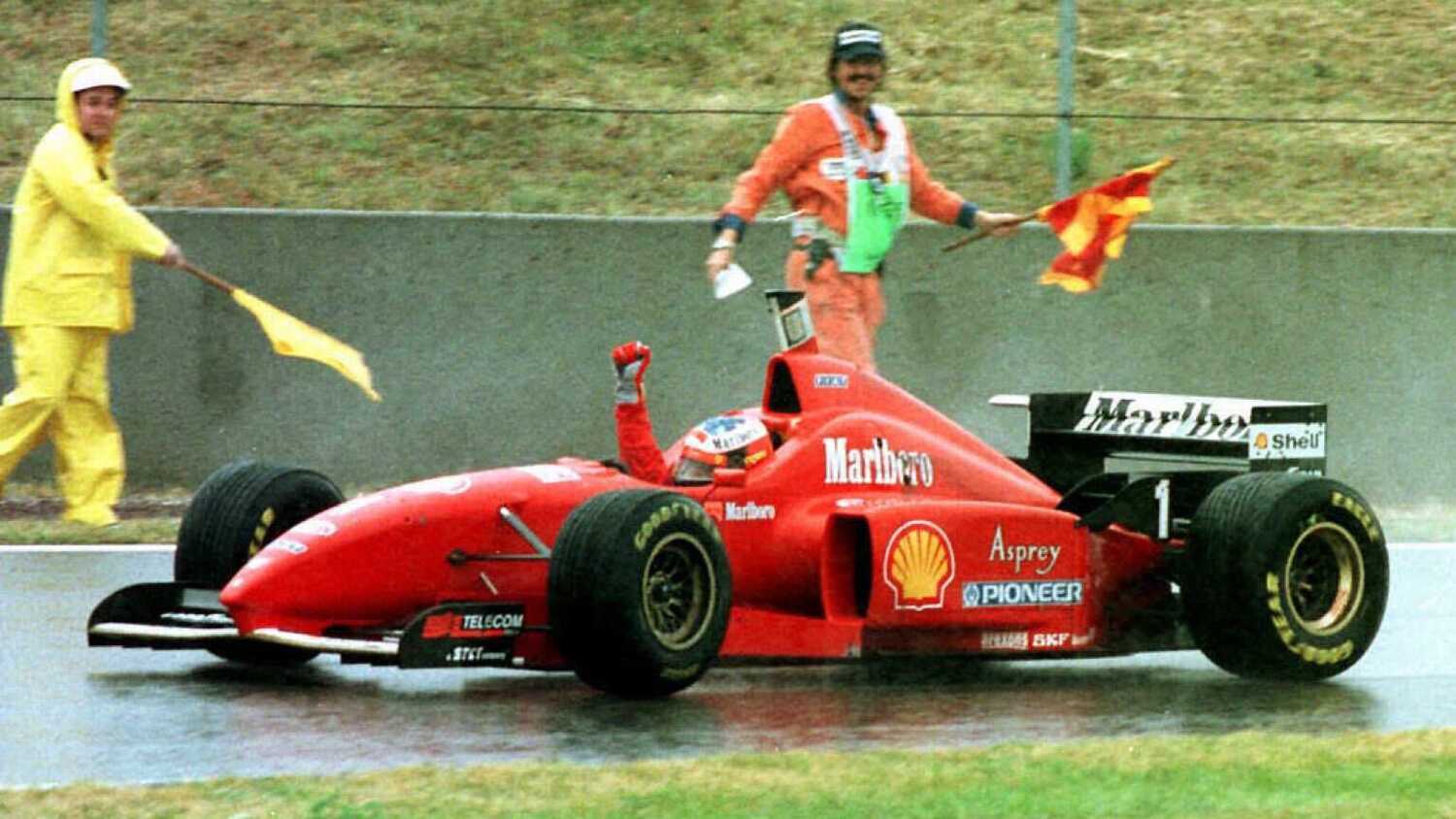 It's hard to believe, but today marks a quarter of a century from the very first time that Michael Schumacher and Ferrari won a race together. It was a day that sowed the seeds of success that would result in the partnership winning five consecutive World Championships together, and vindicated some of the risk that the German driver had taken by switching to the Scuderia.

Having won the 1994 and 1995 titles, switching from Benetton to a chaotic and unorganised Ferrari team seemed a huge risk for the World Champion. But, with Jean Todt taking over in mid-1994, the Frenchman's methodical approach to organisation had started to bear fruit and tempted Schumacher, along with Ross Brawn, away to spearhead the Scuderia and go up against his former team and the dominant Williams package.

Schumacher qualified third for the race, a second off the pace of the two Williams drivers, but torrential rain on Sunday completely changed the complexion of the race.

After a slow start due to a clutch bite problem, falling to sixth, Schumacher came alive in the wet. Capitalising on mistakes from Damon Hill, Schumacher was quickly back up behind Jean Alesi and passed the Benetton at Turn 5. Just a few laps later, he was on the back of Jacques Villeneuve and pulled a very similar overtake at the same point.

From there, Schumacher was simply untouchable. Finding grip, balance and poise that the other drivers could only dream about, the German driver was peerless and finished 45 seconds clear of Alesi, despite having made an extra pitstop.

Just two other cars were to finish on the lead lap, such was Schumacher's domination on a day that cemented his status as the Regenmeister.