The story of Formula 1's only Moroccan Grand Prix

The calls to have a Formula 1 race on the African continent have been growing for the past few seasons. With Morocco emerging as a likely destination, we take a look back at the first and last ever Moroccan Grand Prix. 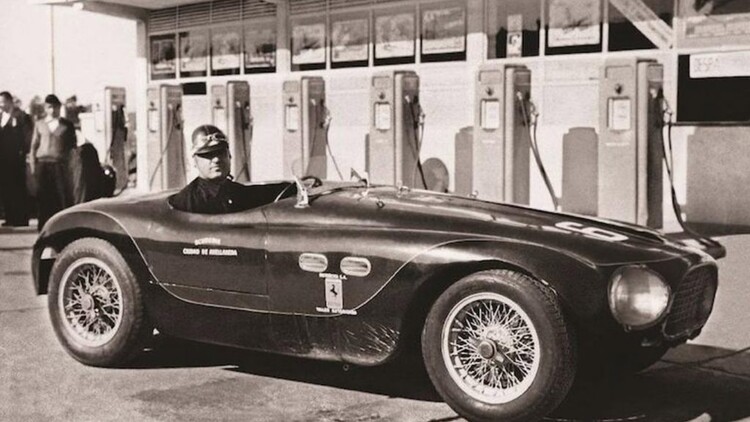 While Morocco has officially staged only a single Formula 1 Grand Prix in 1958, the roots of the event can be traced back to 1925 when it was called the Casablanca Grand Prix. The early iterations of the race were catered toward touring cars, given that what we now know as Formula 1 didn't exist at that time. French marque Buggati won four out of the eight races staged between 1925 and 1934 with future Grand Prix driver, Louis Chiron winning the final race.

The event then vanished off the international calendar for a full 20 years before making a comeback in 1954. This time however the race was tailored toward sportscars with Ferrari and Nino Farina winning the race in Agadir. Ferrari would make it a hat-trick of victories by claiming a further two wins, thus becoming the only sportscar manufacturer to win the Moroccan Grand Prix in its second guise.

By 1957 however, it was becoming clear to all that Formula 1 was or was on the way to becoming the pinnacle of motor racing. The Royal Automobile Club of Morocco with the blessing of Sultan Mohammed V, the then King of Morocco, designed the Ain-Diab circuit with the specific purpose of staging a Formula 1 Grand Prix in mind.

The 7.6-kilometer racetrack featured some scenic views, running along the coast through the Sidi Abderhaman Forest and also through the public roads of the Ain-Diab area of Casablanca, the desert road towards Azemmour.

The first event in 1957 was a non-championship race, which meant that the final results would not be counted towards championship points. The race was won by Frenchman Jean Behra who was followed home by Englishman Stuart Lewis-Evan with another Frenchman, Maurice Trintignant, finishing third.

For the 1958 season, the race became a part of the official Formula 1 calendar. Playing host to the final round of the championship, the Moroccan Grand Prix became a title decider for that season's driver championship, which came down to a pair of English drivers, Ferrari's Mike Hawthrone and Vanwall's Stirling Moss.

The race would have 25 entries of which 19 were Formula 1 cars. Hawthorne and Moss qualified first and second on Saturday, with Stuart Lewis-Evans, Jean Behra, and Phil Hill the other main protagonists for the race starting behind them.

Despite starting second, Moss would dominate the race gaining the lead at the start and never relinquishing it. Hawthorne would not have the pace on race day and the Englishman would find himself battling with the likes of Sweden's Jo Bonnier, Moss' teammate Tony Brookes and others such as Lewis-Evans, American duo Harry Schell and Masten Gregory as well as his own Ferrari teammate, Belgian Olivier Gendebien, in a battle for third.

At the front after successfully fending off an attempt by Hill to pass him, Moss would pull a massive gap to those behind him, with Hill battling his way back to second though some 20 seconds behind the Vanwall driver.

Hawthrone would eventually gain a firm grasp of third though by this point he would have to rely on Ferrari to slow down Hill in order for him to take second place from him in order to seal the championship.

Moss would go on to win the race, though Hawthorne's second place would be enough to see him lift the championship. Hill would finish third.

Despite the exciting climax, the race would be marred by an incident in which Lewis-Evans' car would catch fire after his engine blew. The British driver would be able to extricate himself from the burning inferno though he would be severely burnt.

Lewis-Evans would be airlifted back to Britain by Vanwall team owner Tony Vandervell, although he would ultimately succumb to his burns six days after the event, Vandervell would end his association with the Vanwall team partly due to the Englishman's death.

Future F1 supremo Bernie Ecclestone who was also a good friend of Lewis-Evans would sell his Connaught team and stay away from the sport until 1965.

The Moroccan Grand Prix would also be Hawthorne's last ever race as the Ferrari driver retired shortly after claiming the title, unfortunately, he too would die a little after the event from injuries sustained in a road accident.

Despite Formula 1 never returning to the country again, Morocco does play host to some high-level motorsport championships. The World Touring Car Cup (formerly World Touring Car Championship) has consistently staged a round in Morocco consistently since 2009, bar 2011, with Formula E also staging the Marrakesh E-Prix which has become a permanent fixutre on the calendar since the 2016-17 season.

Whether it can return to the F1 calendar is something the powers at be in sport will need to decide.