The last time half points were awarded at a Grand Prix

It's not often a Grand Prix has to be called off entirely but, on this day in 2009, the most recent race in F1 history to only award half points was held. 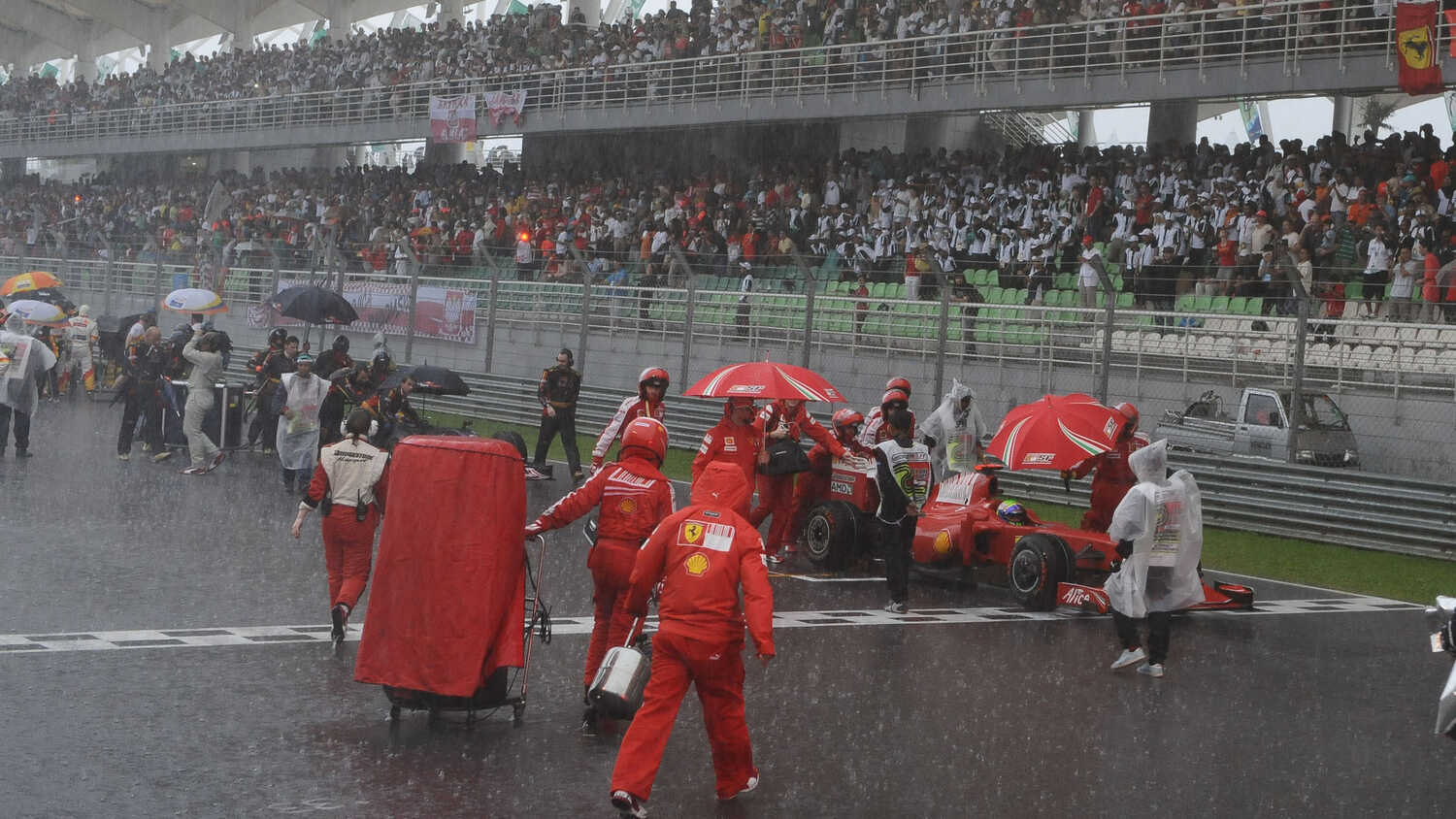 Just one race in the past thirty years has been awarded half points due to not being held over enough laps, and it happened on this very day (5 April) back in 2009.

The Malaysian Grand Prix that year was held under threat of severe storms, with race organisers moving the start time forward by two hours in the hope of avoiding their race being disrupted.

After a dry start, rain began to fall at the quarter distance, but quickly became completely torrential as drivers began to skate off the track.

BMW's Robert Kubica, Toro Rosso's Sebastien Buemi and Red Bull's Sebastian Vettel were all caught out as the conditions worsened, while Force India's Giancarlo Fisichella was powerless as his car flew off the track approaching the final corner.

With conditions becoming dangerous as the full wet tyres were unable to clear the water, and the cars aquaplaning on the water surface, the race was red flagged to see whether conditions would improve.

Despite waiting as long as possible, the conditions didn't clear up and, with darkness setting in, Brawn GP's Jenson Button was declared the winner ahead of BMW's Nick Heidfeld and Toyota's Timo Glock.

However, the race hadn't reached the necessary amount of laps to be awarded full points. A Grand Prix requires races to have reached 75% of their planned distance for full points and, with the race being cancelled after 31 of the 56 laps, it meant that all the points scorers were awarded just half of what they would usually get for their finishing positions.

It was the first time this had happened since the 1991 Australian Grand Prix at Adelaide, which was called off for similar reasons after just 14 laps that day. While there have been other red flagged races with premature ends since the 2009 race at Sepang, no other race has been awarded half points.

It wasn't all bad news, though. That day was when Kimi Raikkonen's love affair with ice cream began, as the Ferrari driver was spotted grabbing a magnum and coke from the fridge while wandering around in flip-flops during the red flag period.

Felipe Massa also became one of the early Internet memes that day, as the Brazilian driver plaintively cried out "I can't see anything, I need a white visor, a white visor!" Race Engineer Rob Smedley's response, "Felipe baby, stay cool, stay cool, we're getting you a white visor," immediately became the stuff of legend...