The key reason Hamilton could have an advantage in Saudi Arabia

There are many unknowns heading into the inaugural Saudi Arabian Grand Prix weekend, but the characteristics of the Jeddah circuit could potentially work well for Lewis Hamilton. 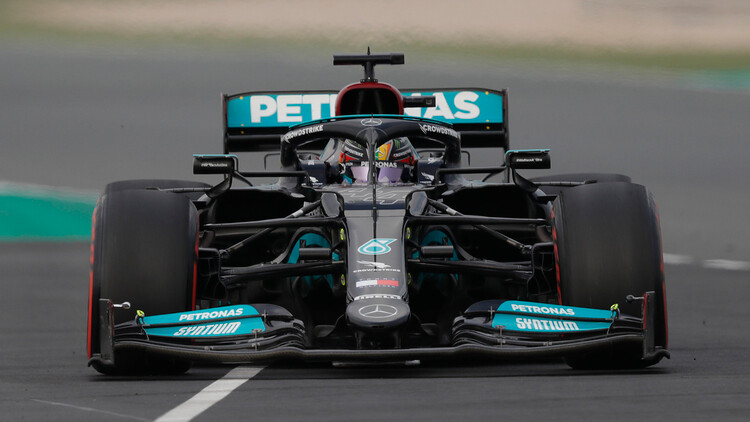 Lewis Hamilton could hold an advantage at the Saudi Arabian Grand Prix due to his car running a "strong" engine, according to the track's designer.

F1 will visit the brand-new Jeddah Corniche Circuit for the first time, so there are many unknowns heading into the weekend. However, designer Carsten Tilke has stressed that "the engine is important" at the track given its high-speed nature.

This could play into the hands of Hamilton, who Mercedes have confirmed will again run the "spicy" engine that he used to storm to victory at the Brazilian Grand Prix.

"I think it's impossible [to predict who will come out on top]," Tilke told talkSPORT.

"We don't know, we will see who will manage to cope with the new track. It will be challenging for them.

"Mercedes are taking the strong engine again which they had in Brazil, and if it's still this engine with so much power, I think it will be difficult for everyone else."

Whilst the speed of Jeddah could potentially favour Mercedes, Tilke believes that there are still ways in which the track might suit Max Verstappen, meaning that "it could go either way".

For example, there are 27 corners on the circuit, more than at any other venue on the calendar.

"On the one hand it's very fast, so the engine is important, but on the other hand it’s a lot of corners," Tilke explained. "This is also important, so to be honest I'm not sure, we will see.

"At the moment the momentum is with Mercedes again. They are so strong, and it will be difficult to beat them, but you never know what will happen.

"Verstappen is in front and we have a street circuit where you can touch the walls easily, and if something happens Verstappen will be there. It's really, really close and can go both ways."

As things stand, Verstappen has an eight-point lead over Hamilton in the Drivers' standings, whilst Mercedes are ahead of Red Bull in the Constructors' Championship by five points.

Ahead of F1's debut visit to Jeddah, several drivers have already shared their views on the new street track.