The extraordinary story behind one of the worst F1 teams ever

In 1995, Forti Corse entered Formula 1 as a small but promising team. A year and a half later, the team disappeared into the history books. This is the extraordinary story behind the Italian outfit. 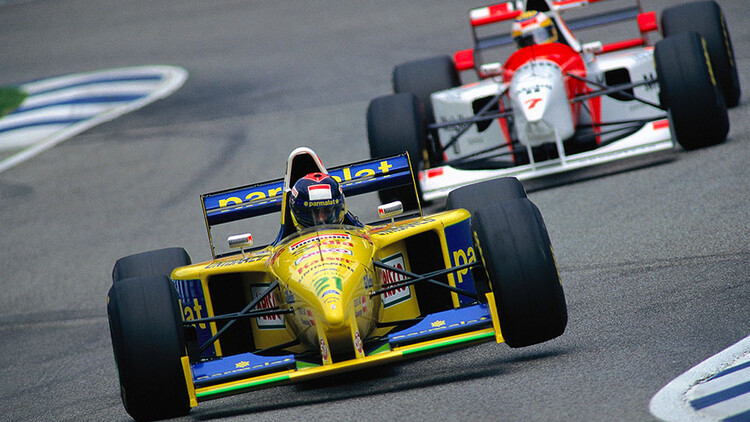 These days, a Formula 1 team cannot enter the sport without the backing of a major financier or manufacturer. Just look at Haas, a team that barely manages to make ends meet with Nikita Mazepin's businessman father's money and the support of Ferrari. Private teams have not been present in F1 for a long time.

Over the years we have seen teams come and go, such as Manor, HRT and Virgin but, before the turn of the century, it was far more common to watch an outfit emerge and then vanish. A prime example is the Forti Corse team, which competed – or tried to compete – in Formula 1 at 27 Grands Prix. They were one of the last private teams in the sport, but their adventure ended in disaster.

In the late 1970s and into the 1980s, the Italian team founded by businessman Guido Forti raced in the lower classes. The team's performance was not always without merit, winning a number of Italian Formula 3 titles and even a prestigious victory at the Macau Grand Prix. After a few difficult and then semi-successful years in Formula 3000 (the predecessor of today's Formula 2), the team decided to look at a move to Formula 1.

After years of planning, with the knowledge that a large budget was needed to make the switch, businessman Forti looked left and right for the necessary assets. In Italy, he was unable to find a car manufacturer willing to support the team financially until a Brazilian supermarket owner knocked on his door. The man's name was Abilio Diniz, whose surname might ring a bell for some. He wanted to help his son, Pedro Diniz, get into Formula 1.

Diniz then drove for Forti in Formula 3000 in 1993, with a view to a later adventure in Formula 1. The Brazilian's performance was mediocre, but thanks to his father's money, he could count on a seat.

Through the Diniz family, Forti finally collected enough money at the end of 1994 to switch to Formula 1 for the 1995 season. With some big Brazilian sponsors on their side, on paper the team were not doomed to fail in F1, but in practice it turned out to be a more difficult story. 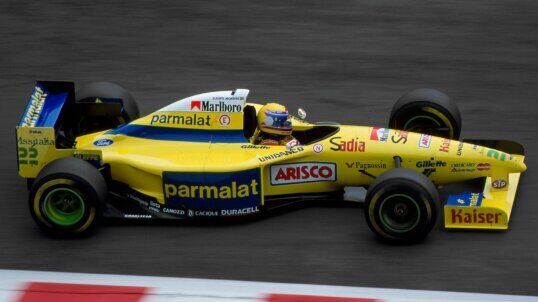 Forti, in contrast to their years in the entry-level classes, had to develop their own chassis and could not buy it from another party. To ensure that their first chassis was not a driving disaster, Forti purchased one from a former Formula 1 team that had gone under in 1992: Fondmental.

But then Forti had to drive around with a chassis, slightly updated, that was about three years old. Due to the long pre-season period, the team were able to participate in all test days leading up to the 1995 campaign, something that not all teams could say at the time, but it soon became clear that the speed was not really there.

However, with only 13 teams competing that year – and thus 26 cars in total – Forti were guaranteed participation. A maximum of 26 drivers are allowed to start a race, whereas in previous years drivers sometimes had to drop out after qualifying.

That first qualifying session in the team's history, in Diniz's homeland, turned out to be a fiasco. Despite a healthy budget, Diniz and teammate Robert Moreno finished 23rd and 25th. Only the miniscule Simtek-Ford of Jos Verstappen and others, which would go bankrupt after five races, was further up the grid. In the race, things were not much better, as Diniz – who miraculously finished – ended the Brazilian Grand Prix seven laps behind the winner.

A slap in the face for father Diniz, who had pumped millions into the team. The second race was not much better. Because the two drivers finished nine laps away from the winner, they were not included in the results. A disaster, because the car turned out to be a worthless piece of scrap.

Fortunately, the team had money and could work on improvements. Little by little, the car became faster, but it was never great. The gap to the top teams did get smaller. However, the reliability of the car was good for the time. When in Australia, during the last race of the season, many drivers retired (16!) and so Diniz suddenly found himself in P7. With only the top six receiving points during this era, they didn't quite make it, but in the championship they moved up to 11th place (of the 12 remaining teams).

The following season, to make matters worse, the 107% rule would be introduced, which meant that you could only compete in a GP if you qualified within 107% of the pole position time. That could become a bit of a problem... 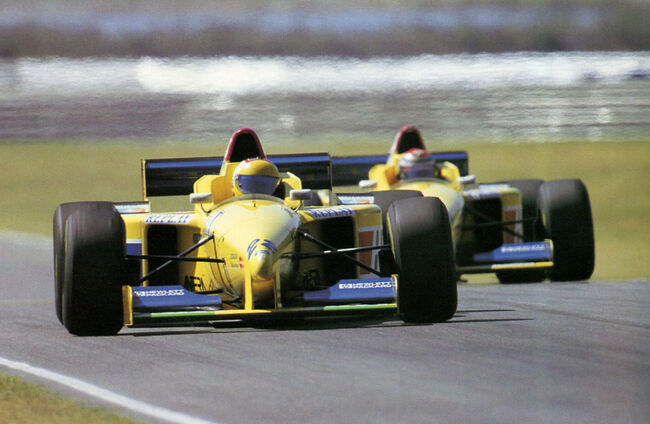 In the run-up to the 1996 season, it was hoped that the upward trend would continue, but when Pedro Diniz suddenly announced a move to the Ligier team and that he would take all his money with him, the situation looked bleak for Forti. The better engine deal they had made could be scrapped, because the money was suddenly no longer there. After Diniz, Monero also left the team and suddenly they had to look for two new drivers.

At the beginning of the 1996 season, the new pay drivers only managed to qualify within the 107% rule a few times, which meant that – more often than not – Forti could not start the race. A new chassis, the FG03, provided a minimal boost. The first rumours of bankruptcy were already circulating, but Mr Forti found a lender!

At least... A company called Shannon Racing, based in Dublin, according to the articles of association, took over 51% of the shares, but they never came up with the money. Later, it turned out to be a fraudster with links to the Russian mafia! As a result, Forti were left in the lurch. In France both drivers qualified for the race, but engine supplier Cosworth were still owed so much money that they refused to deliver engines, and so both drivers could not start.

In Britain, Forti could only do a handful of laps in qualifying because the engines could not handle more mileage, and in Germany the team arrived without a power source and could not do a single kilometre. The end seemed in sight, and after the mysterious Shannon Racing won a court case and took control of the team, the lights in the Forti garage were finally turned off. Forti didn't even show up at the following GP, and to this day the team are only remembered by the history books.