Carlos Sainz recorded his third podium of the season at the Russian Grand Prix, with the Spaniard making a conscious effort to take each session one at a time. 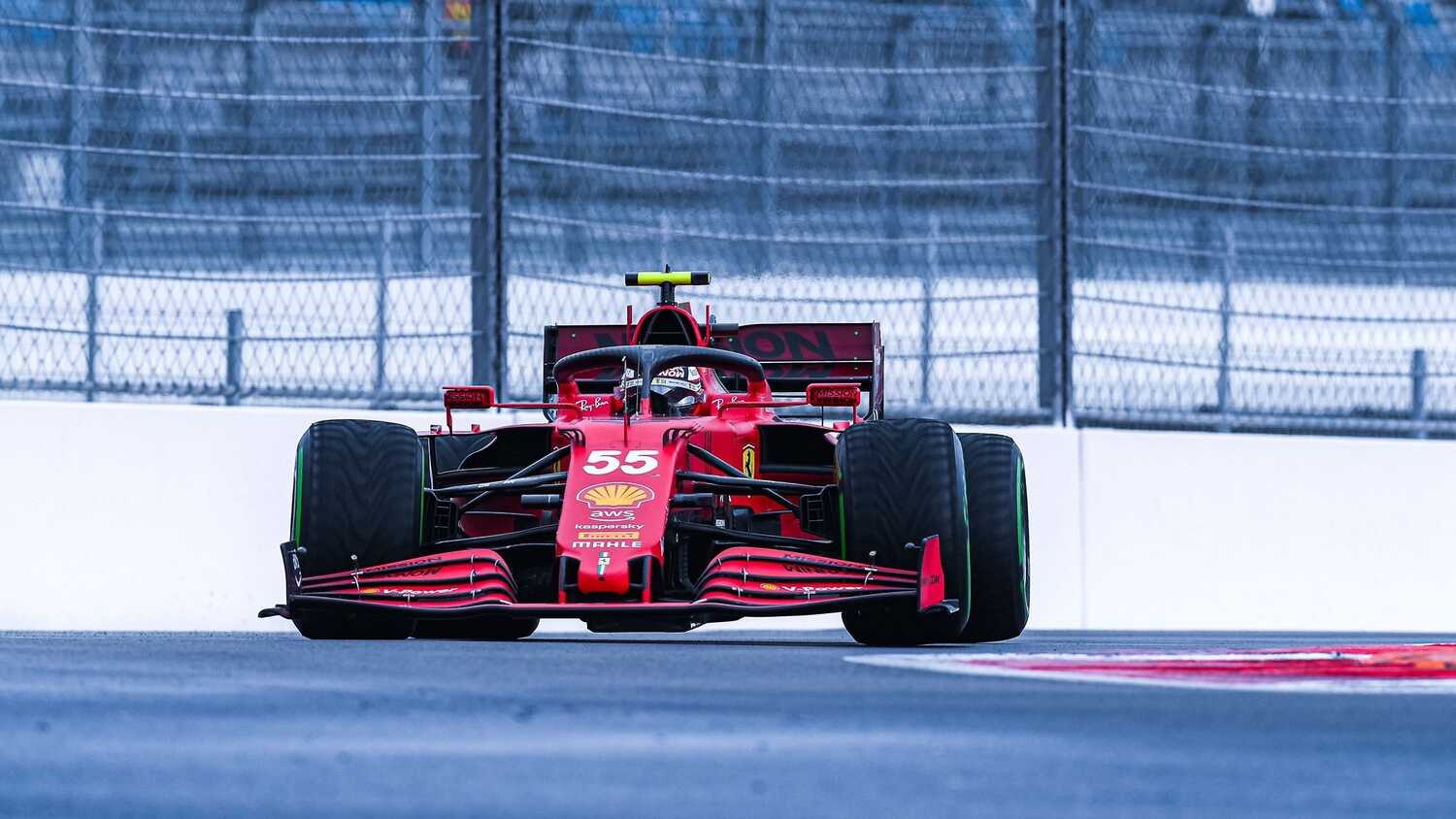 After what he described as his "best weekend" at Ferrari, Carlos Sainz says a scaled back approach at the Russian Grand Prix helped him score his third podium of the season.

The Spaniard started the race on the front row of the grid for the first time in his F1 career, and despite a chaotic end due to a late shower, he managed to bring his SF21 home in third place.

Sainz has scored three of Ferrari's four podium finishes so far in 2021, and while he admits he still isn't at home with the car, he made a conscious effort to take things one step at a time in Sochi, which he believes boosted his confidence.

"I think we've used our opportunities to score those three podiums," Sainz told RacingNews365.com and other members of the media. "But you have seen it from the outside, that I'm still not 100 percent at home with the car.

"[In Russia] I made a conscious effort to take it step-by-step through practice, qualifying and being fast when I need to be fast instead of being fast straight away in FP1.

"It has worked well, it has given me good confidence and I've been feeling at home. The podiums, as I said, we're just maximising the opportunities that we get, but its a good sign.

"It's a sign that the team, while under pressure and in the right moments, are performing well, and we are getting the results whenever the chances come."

One thing Sainz wants to avoid moving forward are the crashes he's endured in 2021.

Having never been one to regularly put his car in the wall, the 27-year-old wants to avoid repeats of Zandvoort and Monza when his Ferrari needed repairs.

"I don't want to bring back the crashes," he said. "I've never crashed in my career, I'm a driver that never puts it in the wall, and for some reason there's been a few crashes that shows that I still don't fully understand the car."