Texas weather: What's in store for the United States GP?

Formula 1 heads to Austin, Texas, this weekend for the return of the United States Grand Prix, where the weather is set to be quite different to what was seen in Russia and Turkey. 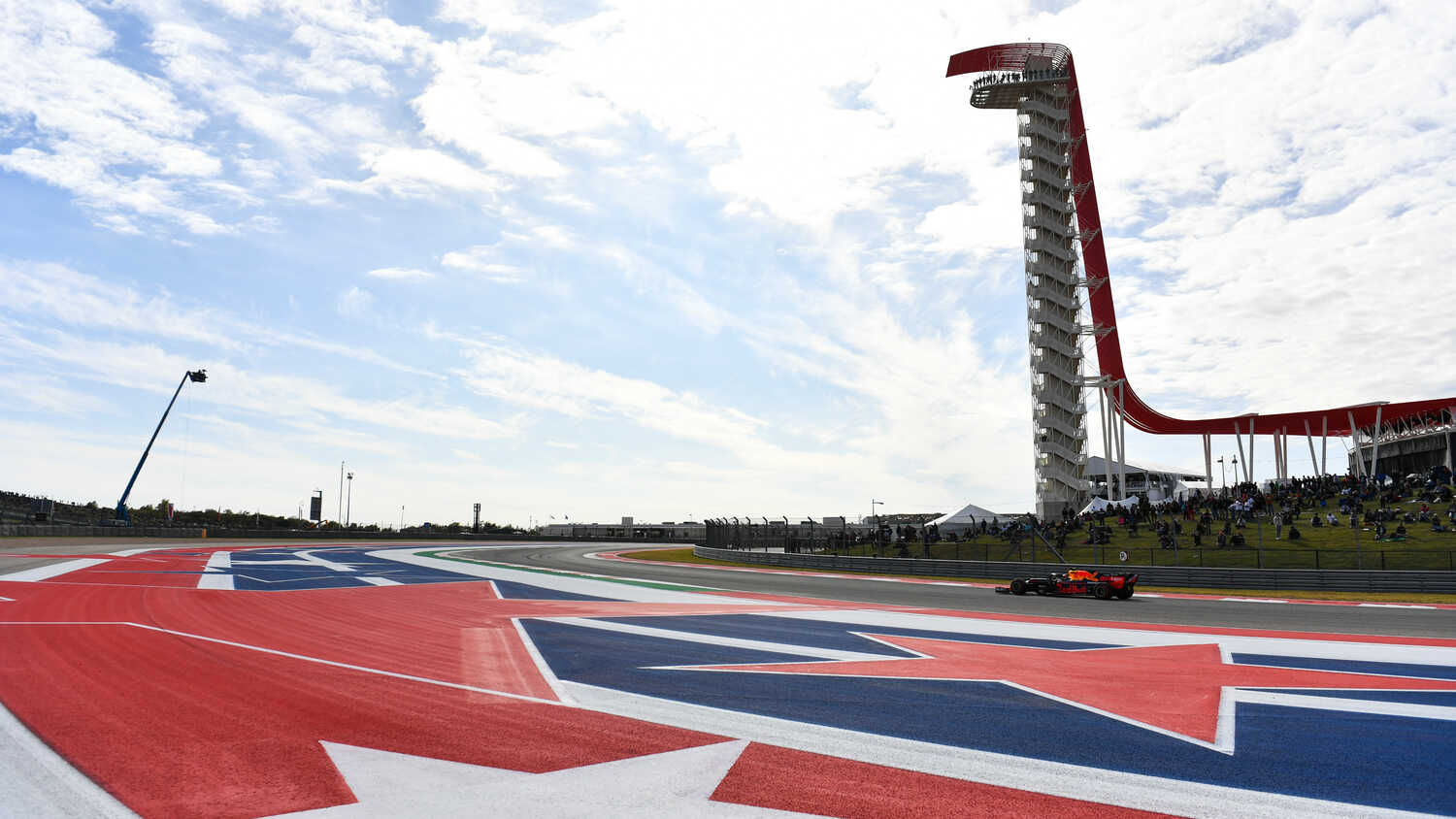 Formula 1 heads to the Circuit of the Americas in Austin, Texas, this weekend for the first United States Grand Prix in two years.

Given that it's still summer in the southern United States, the weather is set to be quite hot and humid throughout the weekend – a stark contrast to the bleak, wet misery of Russia and Turkey at the last two race weekends.

Our friends at WeerOnline.nl have issued their latest forecast for this weekend's weather at the United States GP.

Afternoon temperatures in Texas are expected to be over 30 degrees Celsius all week, possibly even reaching the mid-30s during Sunday's race, with a slight risk of rain.

Friday's free practice sessions are set to be dry and very warm throughout. Morning temperatures for FP1 are forecast in the high 20s, rising to around 34 degrees during the afternoon FP2 session.

Humidity levels are also going to be very high, meaning oppressively hot conditions for fans in the grandstands.

More of the same throughout Saturday's final practice session and into qualifying on Saturday afternoon, with temperatures in the low 30s, but the chance of rain does start to increase on Saturday evening and into the night.

Likely to remain dry throughout Sunday, albeit with a low chance (around 10 percent) of rain during the race.

Temperatures in the mid-30s are forecast, with hot and sticky asphalt proving a challenge for the tyres. It'll be a hot and sweaty day for the drivers in the cars, and for the mechanics in the pit lane. 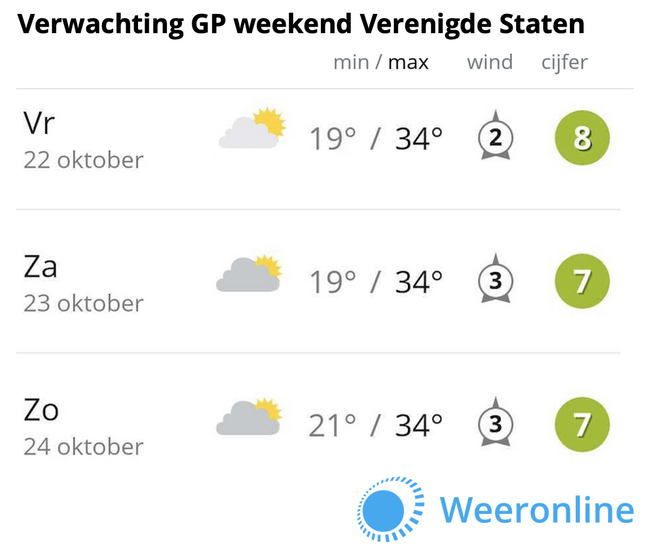