Despite the restrictive nature of the 2022 regulations for next season, team bosses aren't fearful of Formula 1 becoming a 'spec' series with little room for innovation. 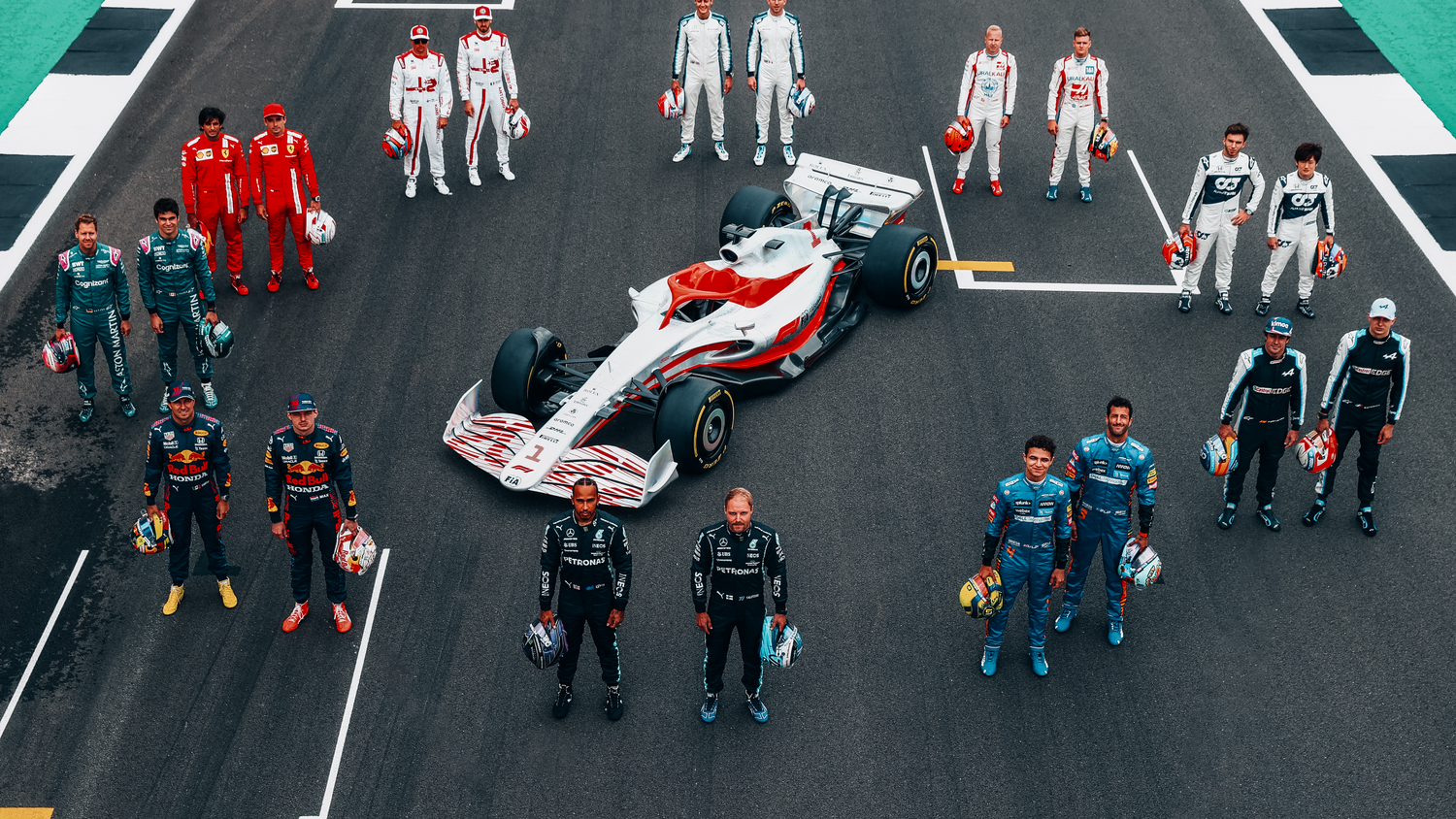 Some of Formula 1's team bosses have explained that they aren't fearful of the sport becoming a 'one make' formula, despite the restrictive nature of the new regulations.

F1 showed off a full scale car, designed to 2022 regulations, ahead of the British Grand Prix, which featured a striking new aerodynamic package, 18 inch wheels, and wheel covers and winglets. But there has been fears that there won't be a huge amount of technical variation between the cars, with Red Bull boss Christian Horner saying he believes the liveries will be the biggest visual difference. Some of the other team bosses say they don't believe that the situation is that restrictive.

"Well, by definition, these regulations, even if they're more restrictive, they're still open to development," said Alpine's Marcin Budkowski at Silverstone during the FIA team personnal press conference.

"So we're far from a one make formula so far. Equally, one of the objectives of the FIA and Formula 1 when they conceived these regulations is to make them more restrictive, because they wanted closer, closer racing as in less differences, less potential, if you want, for differentiation between the teams, but also because they've conceived them for an objective, which is easier following.

"So more ease of overtaking, if you want, and the more you diverge from the initial geometry, the more this objective is at risk. So that's the reason why they're more restrictive.

Aston Martin's Otmar Szafnauer agreed with Budkowski, but admitted the scope for development does appear to be more limited than the current regulations.

"Well, I think Marcin's right, especially at the beginning with the wholesale regular technical regulation changes that there will be differences," Szafnauer said.

"I think, if the latitude for development isn't what it was in the past, I think we'll all converge the same, much more quickly. But that will happen in time and in years."

"It leaves still enough room for development. And this is where the engineers are looking at, isn't it?" he said.

"If it's not one chassis, one configuration for everybody, it leaves room for development. And you have to find every single bit you can find and I think it's even more important to find the small advantages and the small developments, the small steps you can do. They might not be that big as in the past, but the approach is very much the same."