Szafnauer breaks down what went wrong with Vettel's car

Aston Martin didn't start their Dutch GP weekend the way they wanted to as Sebastian Vettel was forced to stop his car during FP1, which caused a 35-minute red flag period. 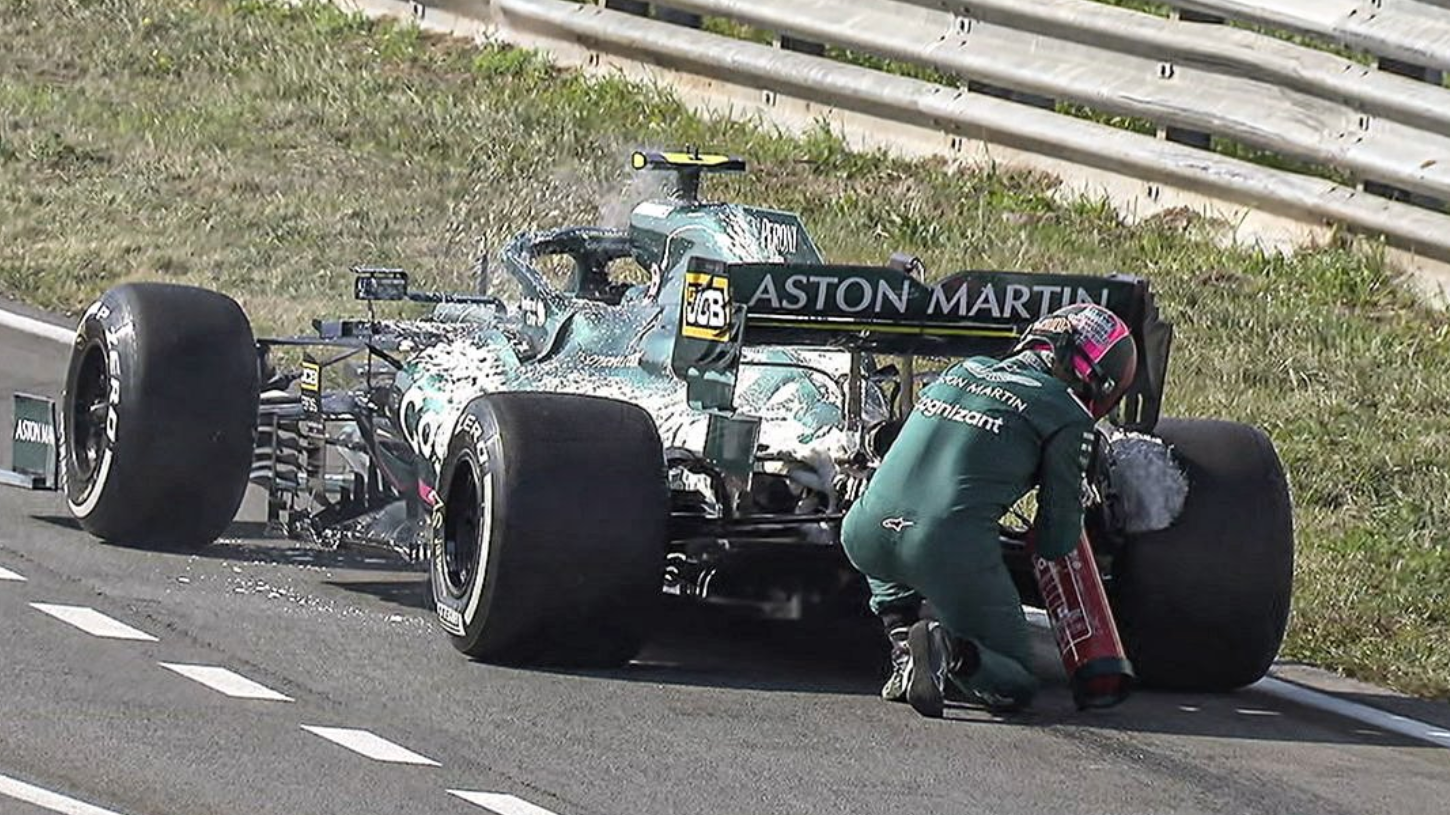 Aston Martin Team Principal Otmar Szafnauer has broken down what went wrong with Sebastian Vettel's car during first practice for the Dutch Grand Prix, with his session ending prematurely due to an apparent engine failure.

FP1 saw a 35-minute red flag period as Vettel stopped his car near the pit exit after previously reporting a problem. He took matters into his own hands at one point, grabbing a fire extinguisher in an attempt to cool parts of his AMR21.

Speaking after the session, Szafnauer said Vettel suffered a suspected engine failure, though he's hopeful the team can swap engines in time before FP2.

"We don't have the root cause yet, but he reported an engine failure," Szafnauer told RacingNews365.com and other members of the media. "We asked him to pull over near a marshal stand just in case there's a fire.

"It's routine for us to do so when we have an engine failure. It's exactly what he did, but he then also anticipated that there may be a potential for fire, which is why he got the fire extinguisher from the marshals.

"I think the first order of importance is to change the engine so we can get running in free practice two."

This weekend's race sees F1 return to Zandvoort for the first time since 1985, and Szafnauer remarked that both his drivers are fans of the new circuit.

"Lance [Stroll] didn't have a problem at all and he likes the track," Szafnauer added. "A lot of direction change here, undulations, it's very busy.

"Lance didn't really get clean runs at the end, perhaps not many people did with all the traffic out there, but because it's a bit short, there's a lot of traffic that you have to avoid.