After Charles Leclerc crashed while leading during Monaco qualifying, preventing others from challenging his pole lap, there was talk of taking away drivers' fastest times if they crash and disrupt the session. Haas team principal Guenther Steiner has given his take on the issues. 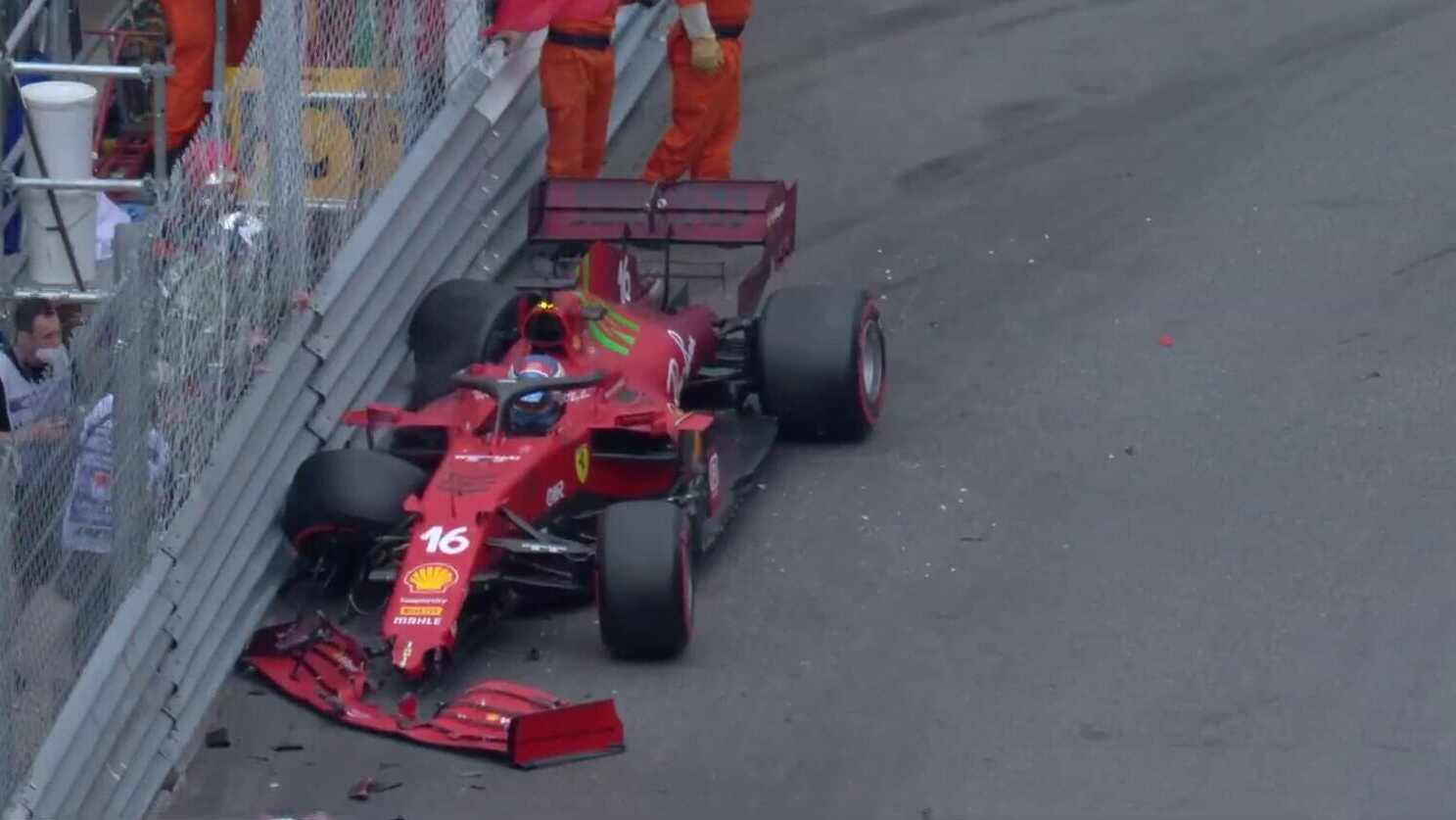 Haas team boss Guenther Steiner has said that he is not "a big fan" of proposals to penalise drivers who crash and disrupt qualifying sessions by deleting their fastest lap time.

Charles Leclerc crashed on his last out lap in Q3 at Monaco having already set the fastest lap of the session for pole, red flagging the session and preventing Max Verstappen and others behind him from attacking that time.

After the race, there had been suggestions that, as Leclerc's crash had hindered the opportunities for other drivers, he should have faced a penalty, but Steiner said that as it clearly wasn't intentional there was no need to look into further sanctions.

"I wouldn’t be a big fan of that one if it was to be implemented. It obviously came up because Charles Leclerc hit the wall pretty hard on his last run in qualifying, but obviously it was not intentional," Steiner said in a statement ahead of the Azerbaijan Grand Prix.

"If it had been, the FIA would have seen that, it’s very easy to see that on the data if somebody’s done something intentionally. I don’t think there’s a need to start this discussion. What if instead of a red flag there was only a yellow flag and some people slow down and not some others – do we still cancel the lap of the guy who brought the yellow out?

"It’s worked for a long time as is, and it’s happened once, especially in Monaco where it’s very easy to crash by the way, I don’t think it’s a problem we need to fix at the moment.

"It’s part of the risk you take though if you go out late in qualifying. If people had gone out earlier maybe it wouldn’t have happened. I think if somebody does something on purpose there should be consequences, but this wasn’t the case in Monaco.”