Spanish GP to be held without spectators

The Spanish Grand Prix will be held without any spectators in the grandstands, RacingNews365 has learned. 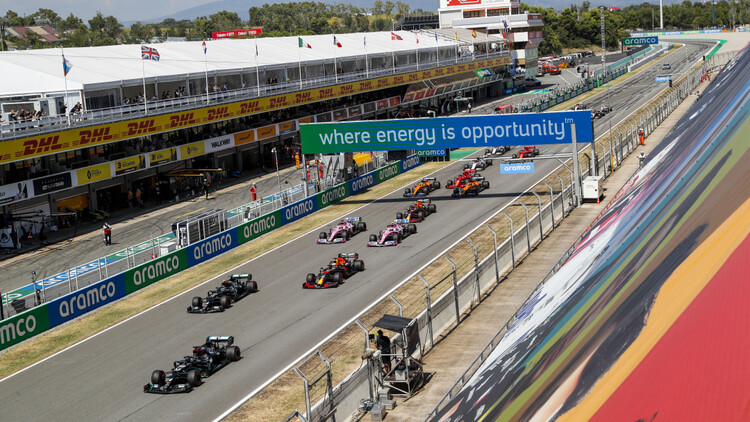 The Spanish Grand Prix at Barcelona's Circuit de Catalunya will be held without any fans in the grandstand, RacingNews365 has learned.

Spanish authorities have decided against the race being held with spectators, due to the ongoing COVID-19 pandemic.

The Catalonia region around Barcelona has had over 20 thousand cases of the virus in the first two weeks of April. Restrictions remain strict in the region, with curfews and travel restrictions remaining in place until April 26 at the earliest.

As a result, the fourth round of the 2021 Formula 1 World Championship, scheduled for 9 May, will be held behind closed doors.

The circuit has released a statement, explaining:, "PROCICAT (the Catalan Civil Protection Office) has notified Circuit de Barcelona-Catalunya, that the Grand Prix cannot be staged under the conditions defined in the Spectator Access Protocol, as the current regulations in terms of public health for the containment of the epidemic outbreak of the COVID-19 pandemic (SLT/971/2021 of 8 April 2021) are effective until 26 April."

"Under these conditions, it is impossible to establish with absolute certainty whether or not the epidemic and welfare situation on 7, 8 and 9 May will allow for a further relaxation of the measures that do also restrict mobility at county level, which consequently would hinder fans from outside the Vallès Oriental region from coming to the racetrack.

"Given this situation, the Circuit Management has proceeded to notify Formula One Management Limited that the Spanish Grand Prix will have to be staged without spectator attendance."

Ticket holders will be refunded.

The Portuguese Grand Prix at Portimao, the next round of the championship on the weekend prior to Spain, is yet to decided as to whether spectators will be permitted. A decision is expected to be reached shortly.