The beloved Spa-Francorchamps circuit is currently having a huge facelift as construction work continues at the venue. 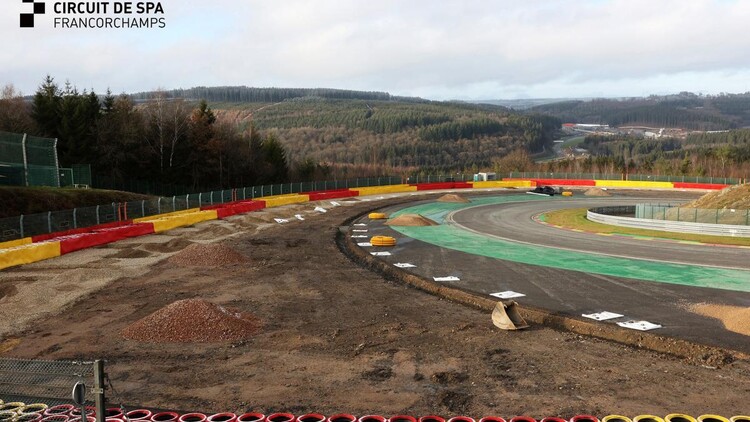 Spa-Francorchamps has shared photos of the ongoing construction work at the circuit to upgrade facilities, grandstands and add in far more run-off at different areas of the track.

With work now well underway, some of the most famous parts of the circuit are now nearly unrecognisable as construction machines tear it apart to make the planned alterations.

The aim is to increase the safety at several corners, in particular the high-speed sections like Eau Rouge/Raidillon and, further around the lap, at Blanchimont.

The run-off at La Source, the tight hairpin that starts the lap, is being extended to enhance safety, with a gravel trap also being put in place.

The grandstand used during the 24 Hour endurance race is also being replaced by a new, more modern grandstand. 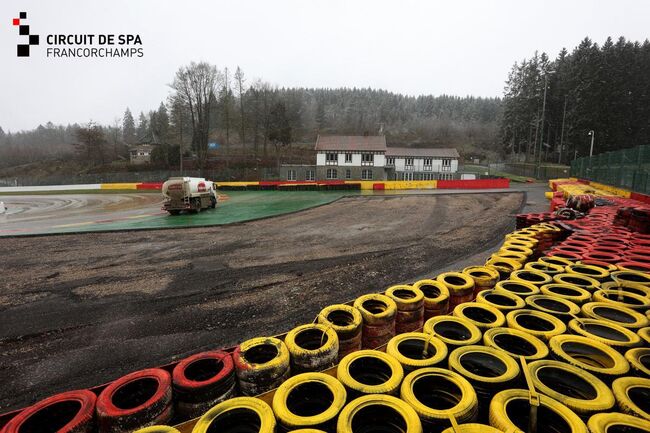 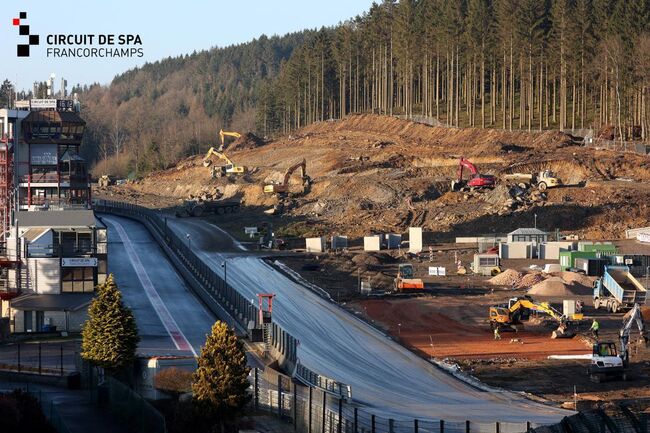 Sweeping changes are being made to the fearsomely fast Eau Rouge/Raidillon, in order to reduce the speed with which drivers climb over the crest of the hill.

Tarmac run-off is being increased on the right-hand side of the top of Raidillon, while the left-hand side will also see the tarmac extended outwards.

More run-off is being added through Eau Rouge as the radius of the corner is tweaked, while a new, covered grandstand is being added at the top of Raidillon. 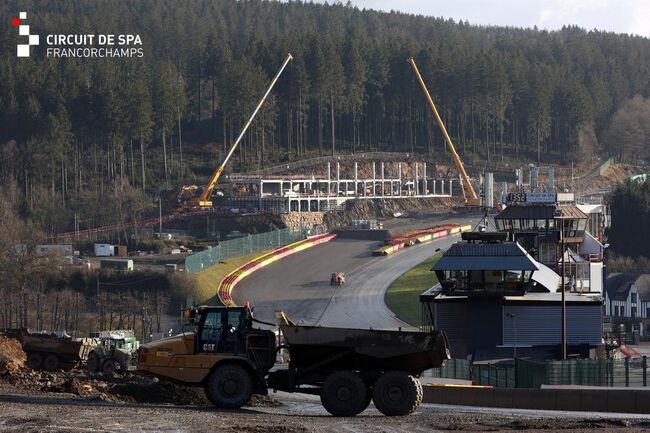 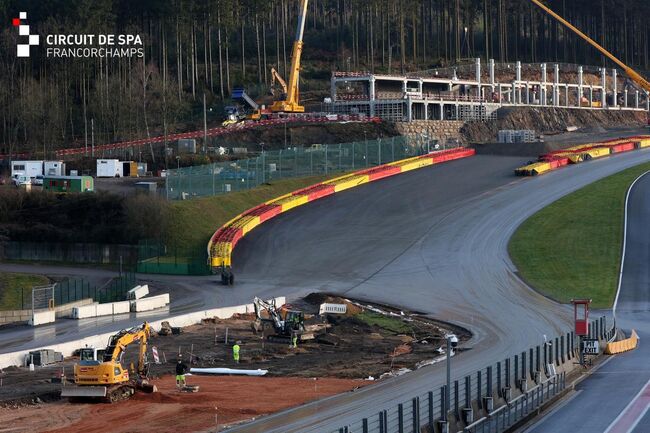 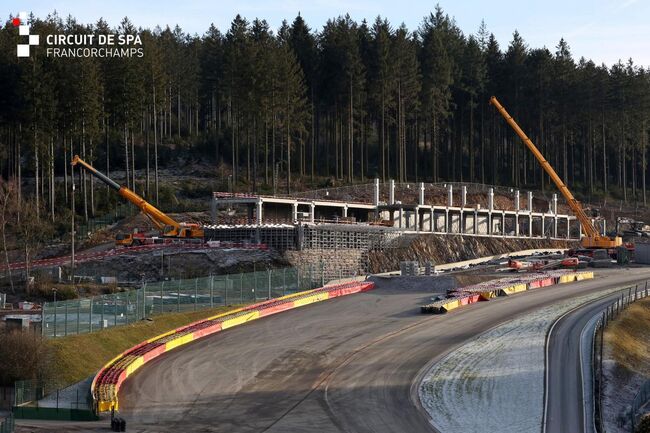 At Les Combes and at Malmedy, the run-off will be enlarged, the guardrails moved and the tarmac replaced by a gravel trap, while new and improved service roads are also being added.

At the downhill right-hander at Bruxelles, the tarmac run-off is being largely replaced with a gravel trap. 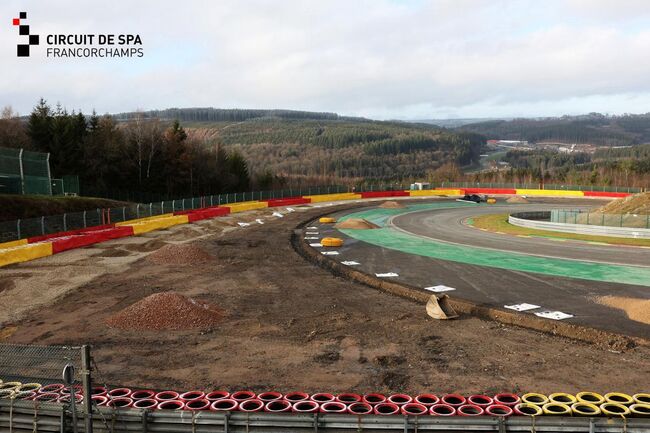 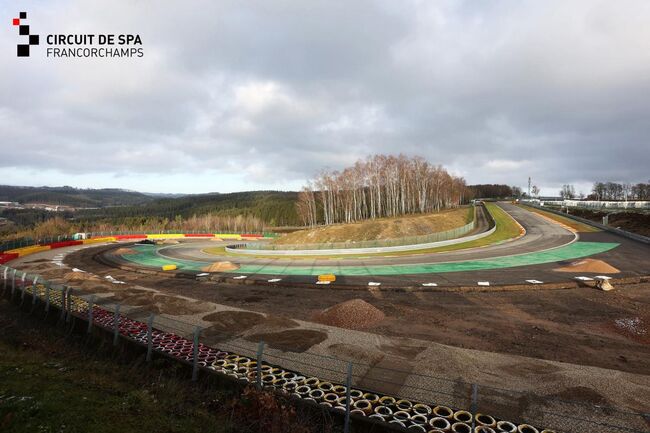 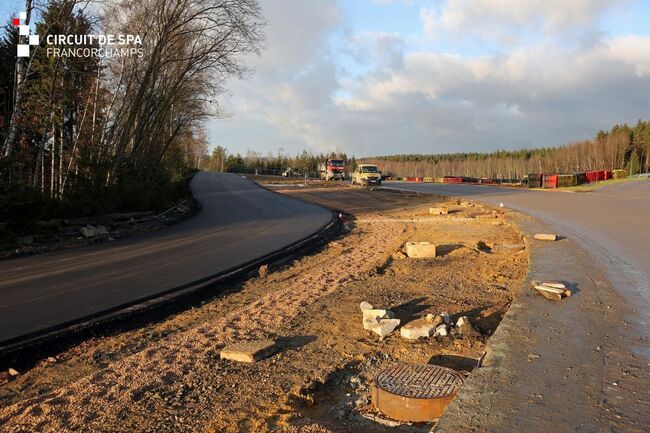 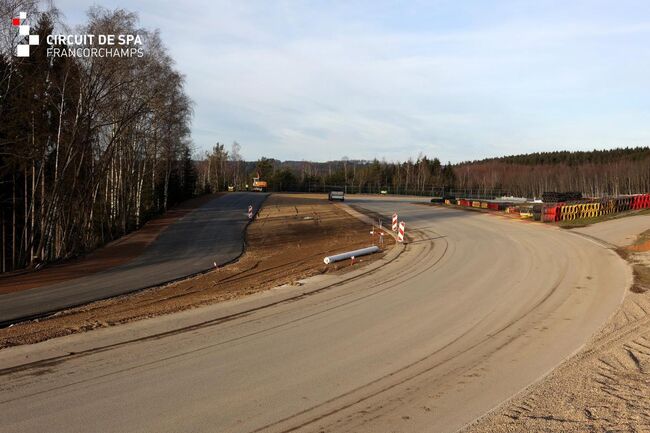 The run-off area of the high-speed Blanchimont corner will be enlarged, a gravel trap created and the guardrails moved.

Like at Bruxelles, work is being done to replace part of the tarmac run-off with a gravel trap, while a service road is also being added. 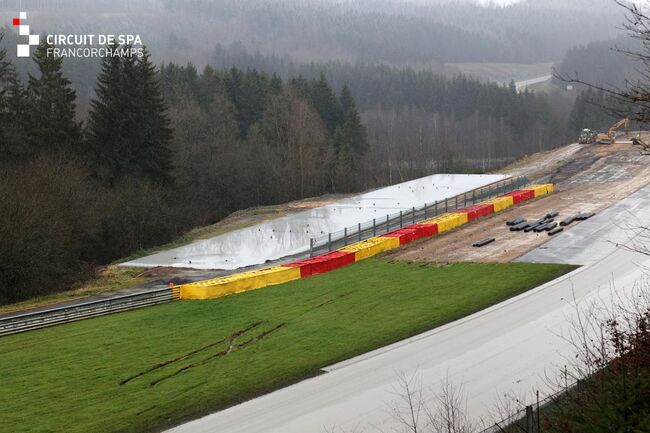 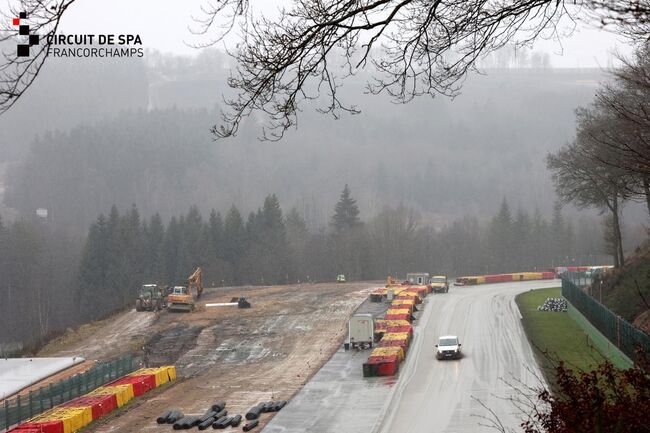 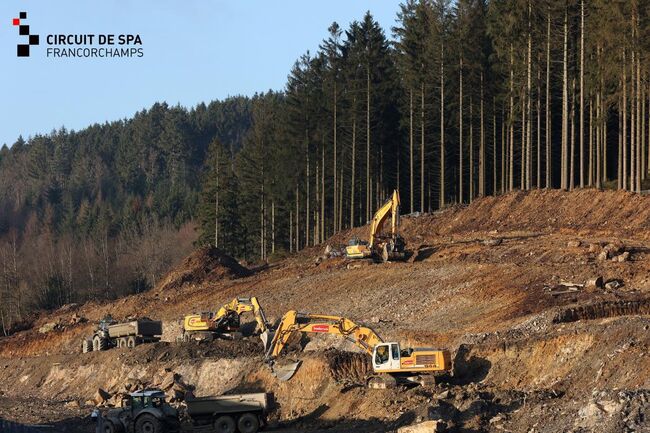