Seidl: Ricciardo has made a big step forward

McLaren Racing Director Andreas Seidl has acknowledged the important step made by Daniel Ricciardo over the British Grand Prix weekend. 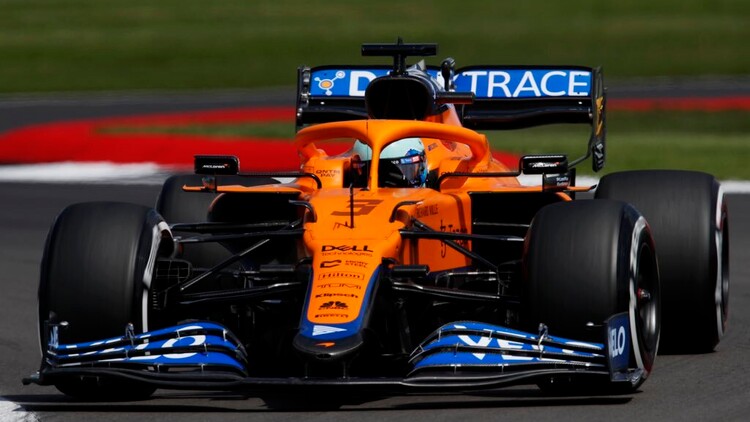 McLaren's Andreas Seidl has praised Daniel Ricciardo's much improved performance over the British Grand Prix weekend, with the Australian driver coming home in fifth place after slotting in behind teammate Lando Norris in qualifying and the Sprint Qualifying race.

While Ricciardo was left behind by some 14 seconds by Norris in the race, Seidl said it's apparent that Ricciardo has made a big step forward in terms of figuring out the car.

"But the important thing is that he's making steps, feeling more comfortable with the car, both in qualifying and in the race. I would say that it was really a big step forward compared to previous races, which is good."

Ricciardo said on Saturday after qualifying that he could feel himself adjusting to the car, but was wary of it possibly being circuit specific. He's aiming to use the next race in Hungary, a track with much different characteristics to Silverstone, as a litmus test to see if he really has turned the corner, and Seidl echoed those sentiments.

"I can only echo what Daniel said yesterday, I think himself will speak about a turning point if you can pull it off more often," Seidl explained.

"And if he can repeat the same performance also in Hungary.

"In terms of specifics, it's something that's discussed and answered by Daniel, he just felt more comfortable even pushing the car at the limit.

"Probably the track layout suited him more as well here in Silverstone in order to stay confident and push the limit. And yeah, it's important to show the same again in Hungary in two weeks."

Ricciardo had the chance to battle some cars during the Silverstone race, particularly a strong defensive drive against Ferrari's Carlos Sainz, and the Australian said having to drive with that goal in mind helped him relax in the car.

"On paper, I'm happy with my first top five of the year. Took a while, but better late than never," Ricciardo told Sky Sports F1.

"The first stint I could see the others just drive away, I didn't have enough speed and so there's still definitely some things to to learn and improve and work on but, yeah, when I saw Carlos [Sainz] coming in that second stint, he caught me so fast and I was obviously ready for the fight.

"But the pace he caught me, if I was a betting man or if I was watching from the outside, I guess he was the betting favourite!

"But I certainly backed myself and I wasn't going to go out without a fight and I think actually pushing to defend allowed me to stay on the limit and get a bit more comfortable with the car on the edge and so I learned a bit more from that actually.

"So [we'll] keep going but happy with the points and both cars in the top five for the first time this year."