Ferrari's Carlos Sainz was furious with the circumstances at the end of qualifying that mean he lines up in fourth place for Sunday's race. 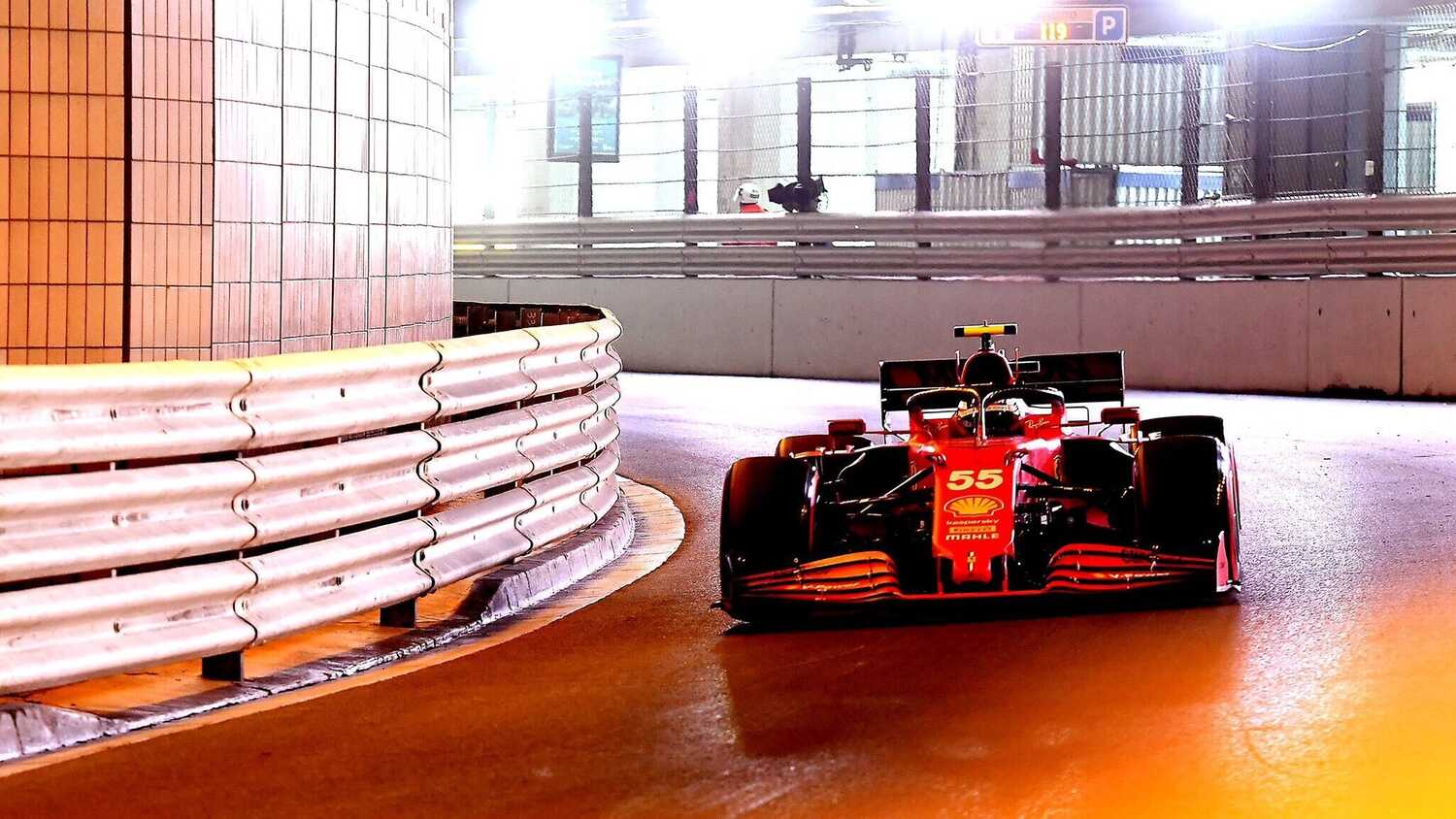 Ferrari's Carlos Sainz will start the Monaco Grand Prix from fourth place, a very strong grid slot under normal circumstances, but a disappointment for the Spaniard after being in the fight for pole position.

Sainz and teammate Charles Leclerc have looked fast all weekend and, halfway around his final flying lap, the Spaniard was forced to back off due to the flags shown for Leclerc's crash in the final sector.

Sainz was disgusted by the incident, having not been able to put in his best laptime to move himself further forward.

"Very disappointed to be honest. It's a difficult thing to accept, to digest," Sainz told select members of the media, including RacingNews365.com.

"It's not like every day of your life you have the opportunity to put it on pole in Monaco because, today I definitely had the pace to do so. And you don't even get the chance to do it, due to the circumstances.

"You can imagine that today is a very frustrating day for me."

Sainz explained that he knew he could go much faster on the final run compared to his first run, the laptime which ultimately decided his fourth place grid slot.

"On run one, I lost two or three tenths in the last sector compared to my best lap," he explained.

"So I knew 10.2, 10.1 with track evolution was there to be had. I had a lot of traffic in run two at the beginning of the lap, I had Perez into Turn One that didn't get out of the way.

"But it was out of Turn 13 that I saw the yellow flag and I had to abort. I've been on it all weekend, I've been having the pace to win, to put it on pole, I'm starting fourth. So it's not even not even close to that. So I went into quali thinking that the pole position and the win could be possible this weekend. And now I'm lining up fourth, which is very far away from where I think I could have been."

Asked whether he was specifically angry with his teammate for causing the crash, or just at the circumstances, Sainz explained that it was merely the way events unfolded that had annoyed him so much.

"I cannot be angry with Charles, we are all here at the limit," he explained.

"We are all pushing these cars like you cannot imagine, we are brushing walls in pretty much every single corner, the fastest cars in history.

"I've had the pace to, if you look at my long run on Thursday, I have the best pace and I'm very competitive. So, if i start P2, maybe I have a chance to win, but I'm starting fourth which is the most painful thing of all.

"Second row, dirty side, is a place that is not very good going into Sunday. So that's why my brain right now is so upset, so frustrated."