Sainz to discuss future with Ferrari during the winter break

Carlos Sainz has impressed in his debut season with Ferrari, having beaten teammate Charles Leclerc in the World Championship. Team Principal Mattia Binotto has detailed when the Scuderia plan to discuss his future. 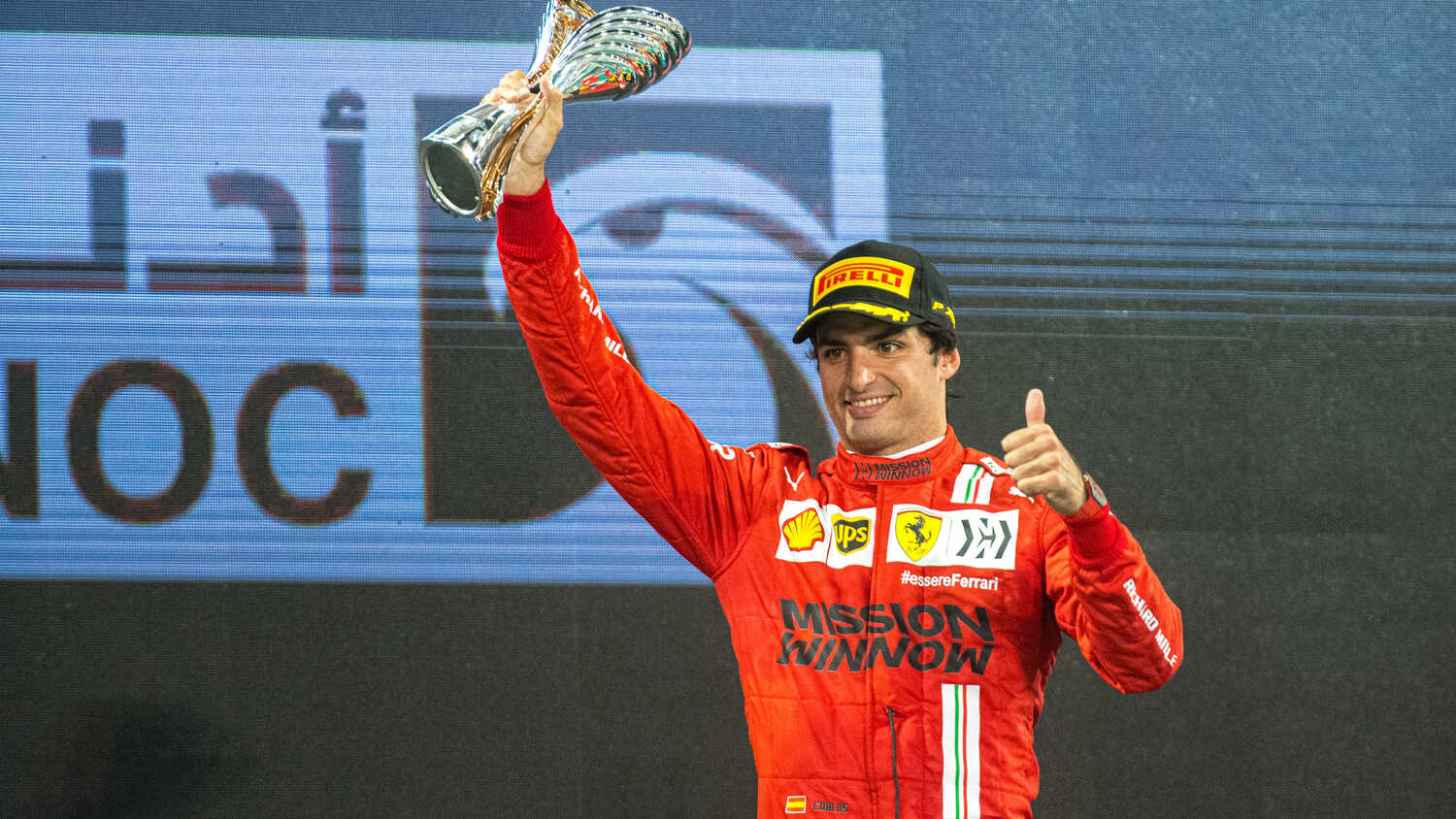 Ferrari's Mattia Binotto has suggested that the team will have a discussion with Carlos Sainz over the winter in regards to his future.

The Spaniard had an impressive debut season with the Scuderia after signing on a two-year contract to replace Sebastian Vettel.

As well as securing four podiums, he beat teammate Charles Leclerc in the World Championship standings, finishing in fifth whilst the Monegasque ended the year in seventh.

There might still be a year left to run on Sainz's deal, but Binotto says that they will talk with Sainz about his future during the break as part of a review of 2021.

"I think Carlos did a great year," Binotto told media, including RacingNews365.com.

"When we signed a year ago, we said that winter time, so this is winter time, [is] the right moment to sit down and have a review of the season. That is something we will certainly do during the winter.

"There will be certainly a review altogether, and of the season itself, and we'll start discussing what can be our future."

Binotto previously stated that he felt Ferrari had the best driver line-up in F1, and this is a view that he stands by after Sainz and Leclerc's first season together.

"When we signed with Carlos, the objective was to have two good drivers that were good racers, consistent and capable of scoring points for the team," Binotto explained.

"I think it's what we got this season. I'm very proud of both of them. I think as I often said, we've got the best line-up in Formula 1, and I'm pretty happy with what Carlos did this season.

"Being his very first season with Ferrari, it was not straightforward and obvious. We signed with him because we said he is a good racer, consistent, always scoring good points. But I think he's as well a good learner.

"During the season, he has improved, and I think that the end of the season is his best part of the entire season."