Carlos Sainz has revealed the decision to let some cars unlap themselves during the Safety Car "nearly" cost him third place at the Abu Dhabi GP. 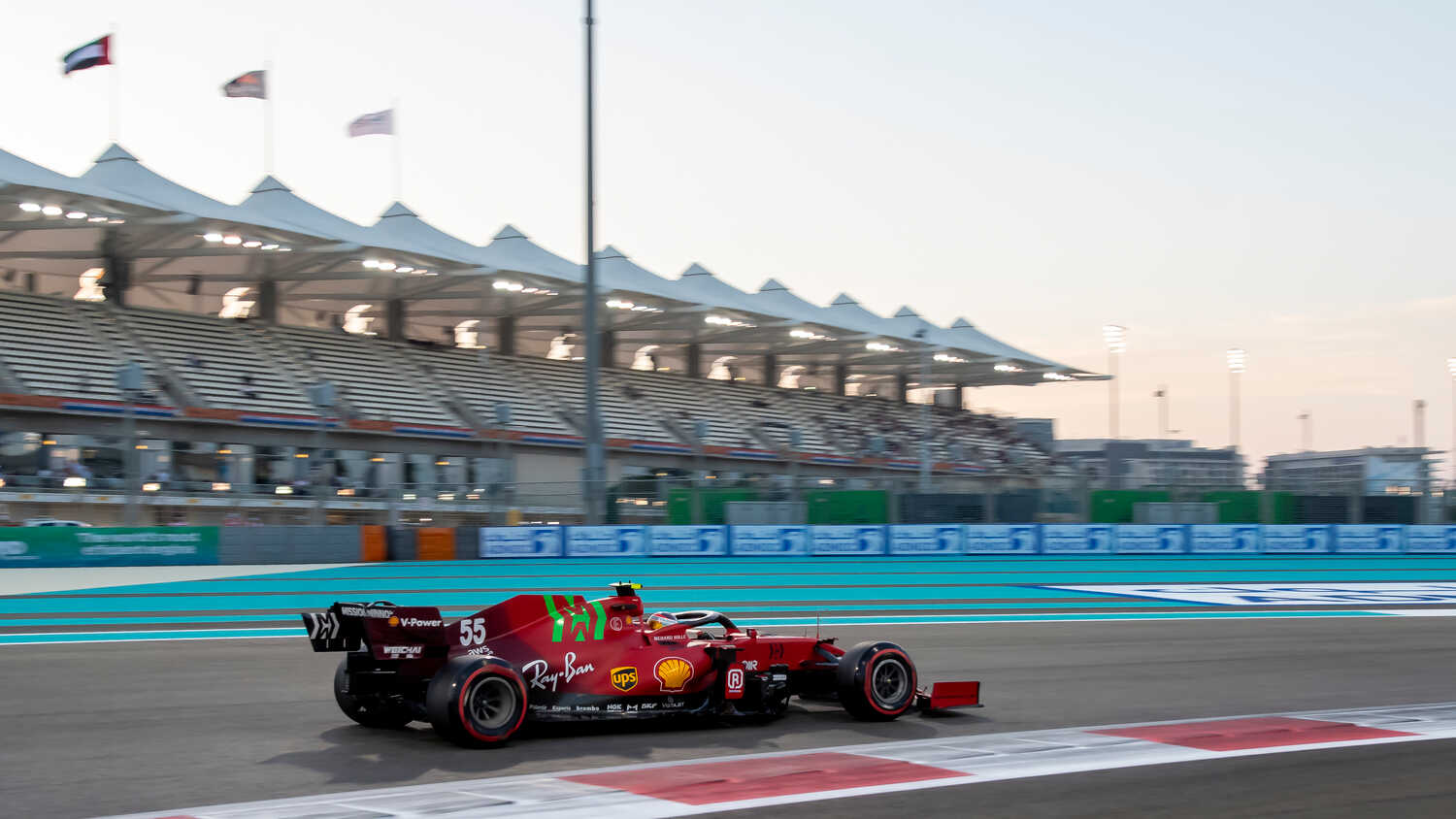 Formula 1 Race Director Michael Masi decided to let the five cars between Lewis Hamilton and Max Verstappen through, whilst Sainz moved into third due to Sergio Perez's retirement.

However, Sainz still had two cars between him and Verstappen for the restart, which cost him time.

Sainz was stuck in the dirty air of Aston Martin's Lance Stroll in the first sector, which put Mercedes' Valtteri Bottas in a position to attack the Spaniard.

But Yuki Tsunoda was rapid on the restart due to his fresh Soft rubber, so overtook Bottas for fourth place, which gave Sainz some breathing room.

"It was a very strange situation"

Reflecting on the race with media, including RacingNews365.com, Sainz commented: "It was certainly a very strange situation for me, because I was battling for a podium with Valtteri and some AlphaTauris behind with a Medium tyre, while I was on a very used Hard.

"At the beginning, I was told that they were not going to be allowed to unlap themselves, the people in front of me.

"Then it was decided to unlap themselves and some people unlapped themselves, but there were still an Aston Martin and the McLaren of [Daniel] Ricciardo between the two leaders and myself.

"This, I've never had it before, having to restart the race with these two guys in front of me while fighting for P3.

"Maybe it's something to look at because it was just very strange to see and it nearly cost me my podium, to be honest."

"I couldn't have asked for more"

Sainz's podium gave him fifth place in the Drivers' Championship, only behind the Mercedes and Red Bull drivers.

He's finished in the top three on four occasions and believes his drive to the podium in Abu Dhabi was down to everything he's learned during his first season at Ferrari.

"I couldn't have asked for more to be honest," said Sainz. "The whole race was just a matter of putting everything together, everything that I've learned through the year, the way that I've progressed with the team, in executing a good race.

"I finally felt like I put everything together to do a very strong race. That in the end obviously had a positive consequences with the outcome [a podium]. But I'm more more proud of the race than anything else."