Carlos Sainz says he gained confidence from his Sprint Qualifying performance at Interlagos, as he finished third, resulting in a second-row start for the Brazilian GP. 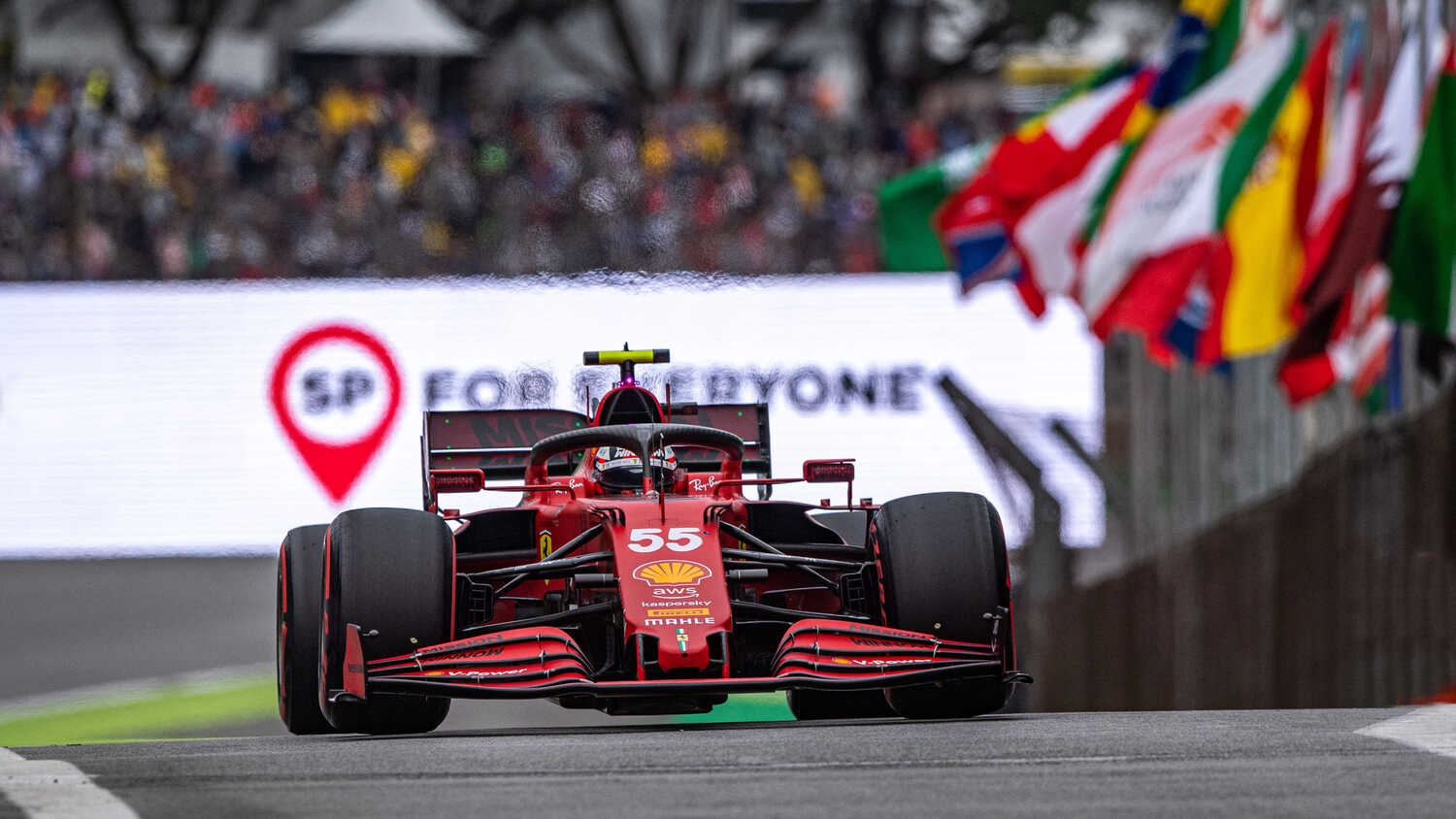 Carlos Sainz has admitted that his third place from Sprint Qualifying for the Brazilian Grand Prix was a "confidence booster".

Sainz started from fifth on the grid and made a rapid getaway to go through the middle of Pierre Gasly and Sergio Perez to take third place.

He held onto the position for the remainder of the 100km race, fending off Perez on several occasions, particularly into Turn 1.

"The start was great," said Sainz. "I needed one, because starts have been a bit of a thing that I wanted to improve in this second half of the season, and to get such a good one, for sure, is a good confidence booster

"In the first three corners I just went on the attack. I was always trying to make positions. It was a bit tight with Checo [Perez] and Max [Verstappen], but we made it stick. From there it was suffering a bit with the Soft tyre until the end, but I managed to [keep] Checo behind me.

"It was always on the limit into Turn 1, always very, very tight. I could sometimes defend, sometimes just stay on the outside, but the pace was good, we managed the tyres and we made it."

How Sainz defended from Perez

Sainz says he "doubts" he will be able to finish on the podium for the main Brazilian GP, but will take the same approach into the race.

The Ferrari driver explained how he was given a precise gap by his engineer, Riccardo Adami, when he entered the second DRS zone, which allowed him to know whether to defend the inside or hold the racing line into Turn 1.

"He [Perez] got very close pretty much half of the laps that he was behind," Sainz told media, including RacingNews365.com.

"I knew into the last corner, whenever I had a 0.7s gap, then I would have to defend into Turn 1. When the gap was 0.8s, I would just make it into Turn 1 without having to defend, and 0.9s would mean that maybe at the end even [no] need to use my energy, so it was exactly the same every lap.

"I was just hearing the gap from engineers. He [Adami] did a good job, telling me exactly at the DRS zone, then I could manage the battery to my liking and know whether I had to defend or not.

"I think his front wing was very close to my diffuser in a couple of braking [points] into Turn 1. But like always with Checo, good fun, good fight and good racing."