Sainz left fuming with himself after tyre lockup error 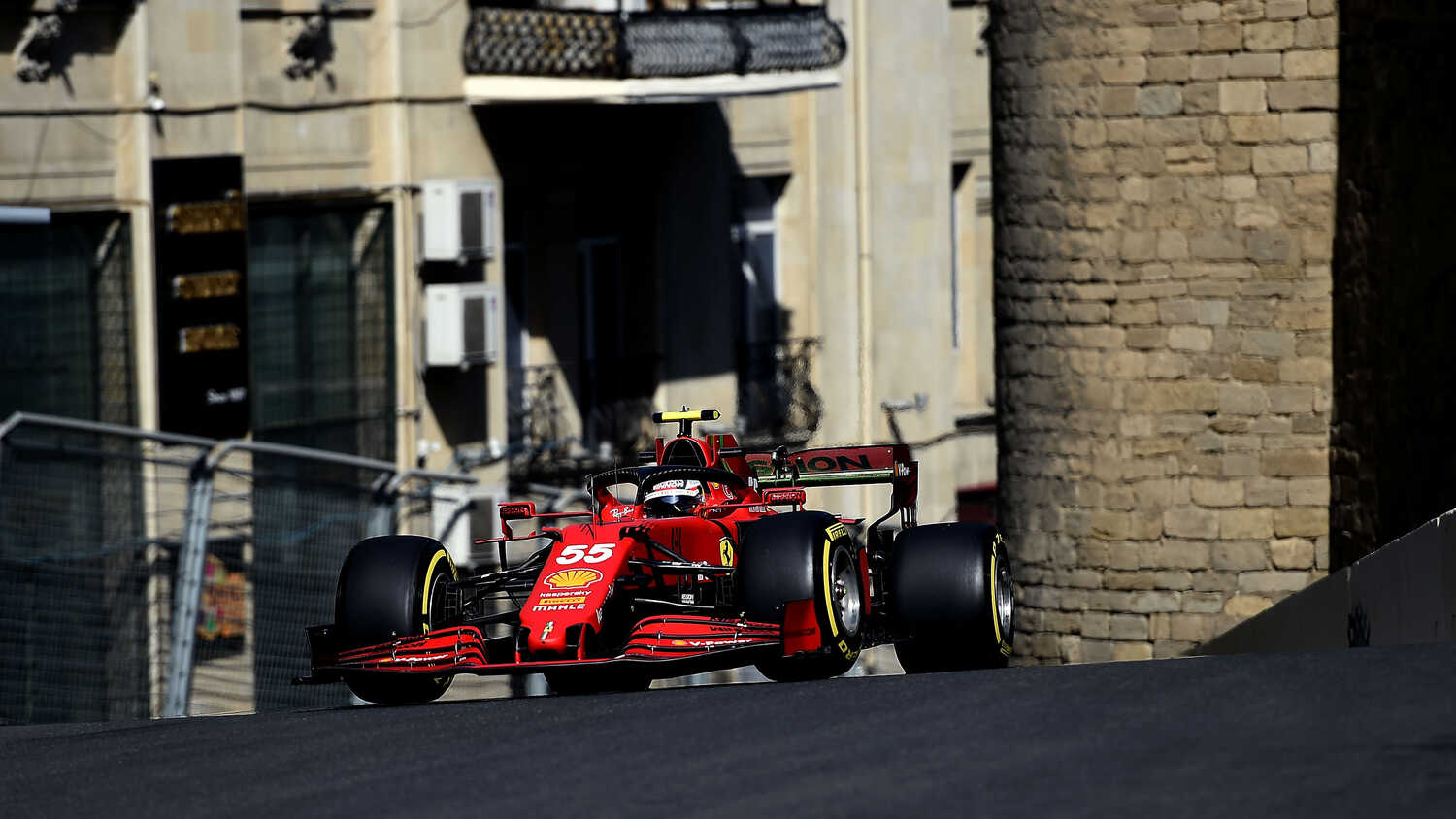 Ferrari's Carlos Sainz was left kicking himself after a driving error during the Azerbaijan Grand Prix that left him having to reverse out of an escape area.

Sainz locked up on the hard tyre on his outlap after his pit stop, and had to turn into the escape area and reverse out. It was a hugely costly error, and the Spaniard admitted to being angry with himself.

"When I left the pits on the hard, I was immediately very surprised with a lack of grip, we actually ran the hard in FP1. In FP1, they warmed up, maybe because the track was a lot hotter or whatever, it wasn't so much of an issue," Sainz explained to media, including RacingNews365.

"Immediately, I was a bit all over the place, and I was struggling a lot with front locking. Then going into Turn 8, I misjudged the grip I had. And I probably lost a bit of concentration thinking about other things.

"And I braked a little bit too late, too hard, which meant I locked up on two front tyres and decided to take the escape road rather than crashing.

I think it was something like 20 25 seconds of race time there, flat spotted my two front tyres. And obviously I was really, really angry with myself.

Sainz said that he's focusing on the positive of the weekend, having once again looked fast at the wheel of the SF21.

"Once again, I didn't manage to put the whole weekend together, and I suffered a lot whenever the front tyre was a bit cold, both at the start and then after the pit stop in the second stint," he said.

"And at the safety car restart, I was struggling to feel the front tyre and I was front locking a lot. And it cost me a few positions today.

"Obviously, the pace hasn't been an issue. I think the pace has been strong all weekend. And today the race pace, although it was another level on the Red Bull and on the Mercedes, it was still very strong.

"So personally, I still take the positives, that the pace itself in the car is very good. But I need to improve in this area, with a cold feeling of the tyre, with front locking and that will help me to put a full weekend together.

"And I'm sure that in the next race once we analyse what we can do to be better at that, I will come back stronger and more confident in that condition."