Russell: Williams might only score points with certain weather

Williams' George Russell says the team's decision to pursue a sensitive aerodynamic philosophy has been taken with the target of a few points finishes. 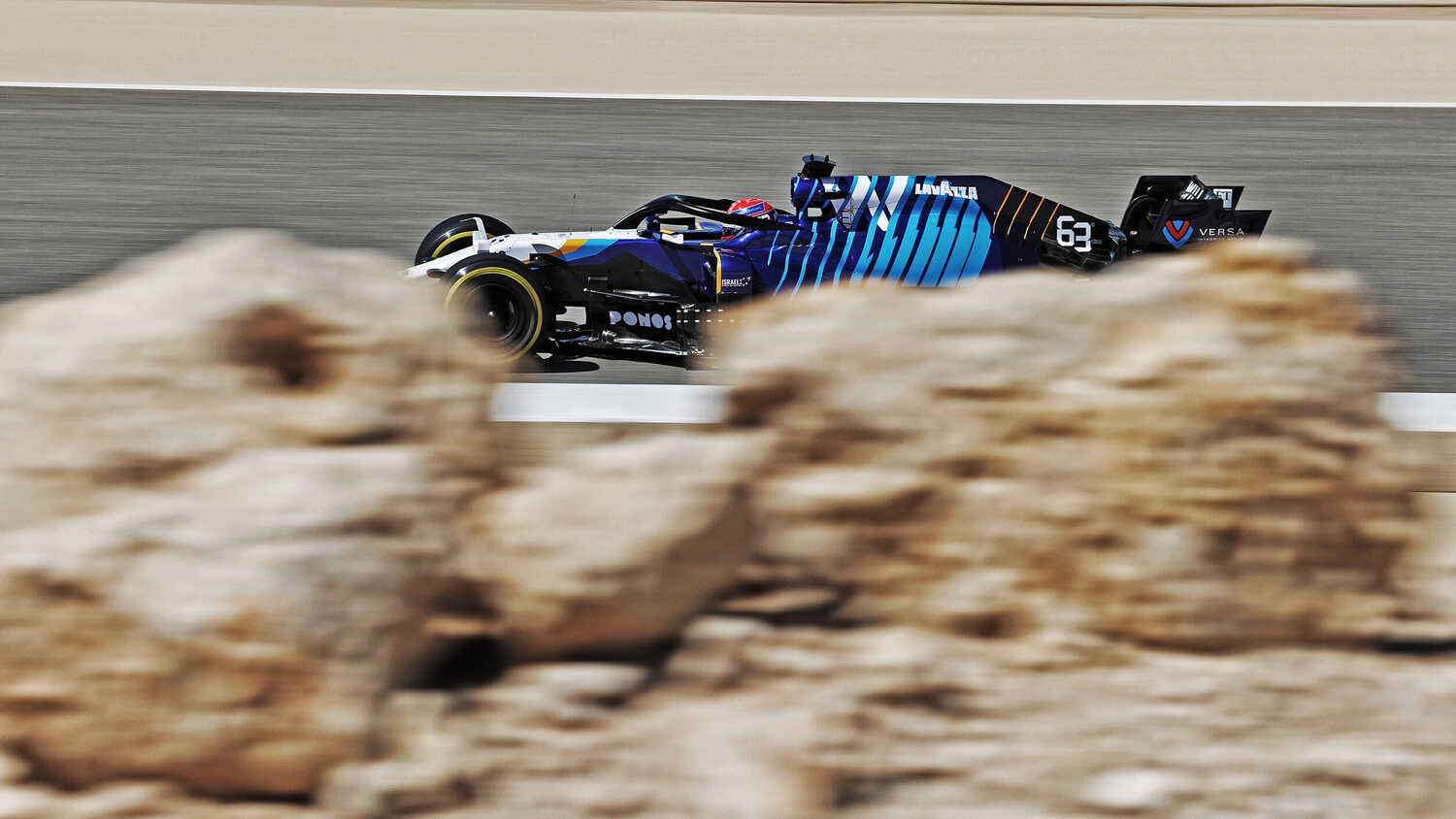 George Russell says that the new Williams is incredibly sensitive to windy conditions, which will prove decisive in whether the team score points or not this season.

Williams' new FW43B, an evolution of last year's uncompetitive FW43, appears to be a step forward from the team as they adjust to life under new owners Dorilton Capital.

Having gone without a point in 2020, the target for this year is to return to top ten finishes and the team's new aerodynamic philosophy will play a critical role in whether they'll be successful.

"We’ve opted to go down a route to give more downforce," Russell told RacingNews365 and other media in Bahrain. This route will allow the team to excel at certain rounds, according to the British driver.

"At the expense of being more sensitive, that was our decision because we recognized that if we were consistently at a set pace, as we were last year, we consistently won’t be scoring points. You’ve only got to be fast at two races, and you will finish potentially eighth or ninth in the constructors’ championship.

"Our car is incredibly sensitive to the wind, and the conditions of the three days [testing] probably brought out the worst of the car,” Russell continued.

"Haas scored three points last year, Alfa Romeo scored eight. We want to try to be as quick as possible when the stars align, and it is uncommon to have three days with the wind strength we saw here. Ultimately it was just a decision we made to be quick at some races."

The new aerodynamic concept means that windy conditions will result in inconsistent grip, and Russell says this means his and Nicholas Latifi's seasons are 'in the hands of the wind'.

"[It] has been positive, in a way, to analyse, but equally I think you’ll see our performance as a bit of a yo-yo this season, unfortunately quite often in the hands of the wind. The positives are that when the wind is in a favorable direction, the car is very fast.

"When we do go to a track where the winds are lower, a track where there’s maybe a bit more high speed, ee talk about yaw angles, and the yaw angles [on the FW43B] get very high at low speed – especially when there’s a lot of wind. The positive is there is a very fast race car in there, but it’s kind of out of our hands whether we can excel.

"And I trust that when we go to a track for everything to be calmer, a little bit more enclosed, that’s where we can excel and I think maybe Imola could be a good one for us,” Russell said.

"Had the wind been neutral for this test, our lap times would have been much faster. It is fingers crossed that we can cure it. But as we’ve alluded to, before, a lot of teams will be going quite early to the 2022 car, we will still be developing it."

"But something such as the wind sensitivity is almost a philosophy change. And we’re too late into the development to change the philosophy. So as I said, these days brought up the worst of the car. But there has been positives, because when it was in, when there were corners that were normal, our car was actually very competitive."