Russell: We are going to go for the podium again

The Williams driver took a remarkable third place in a dramatic qualifying for the Russian Grand Prix. 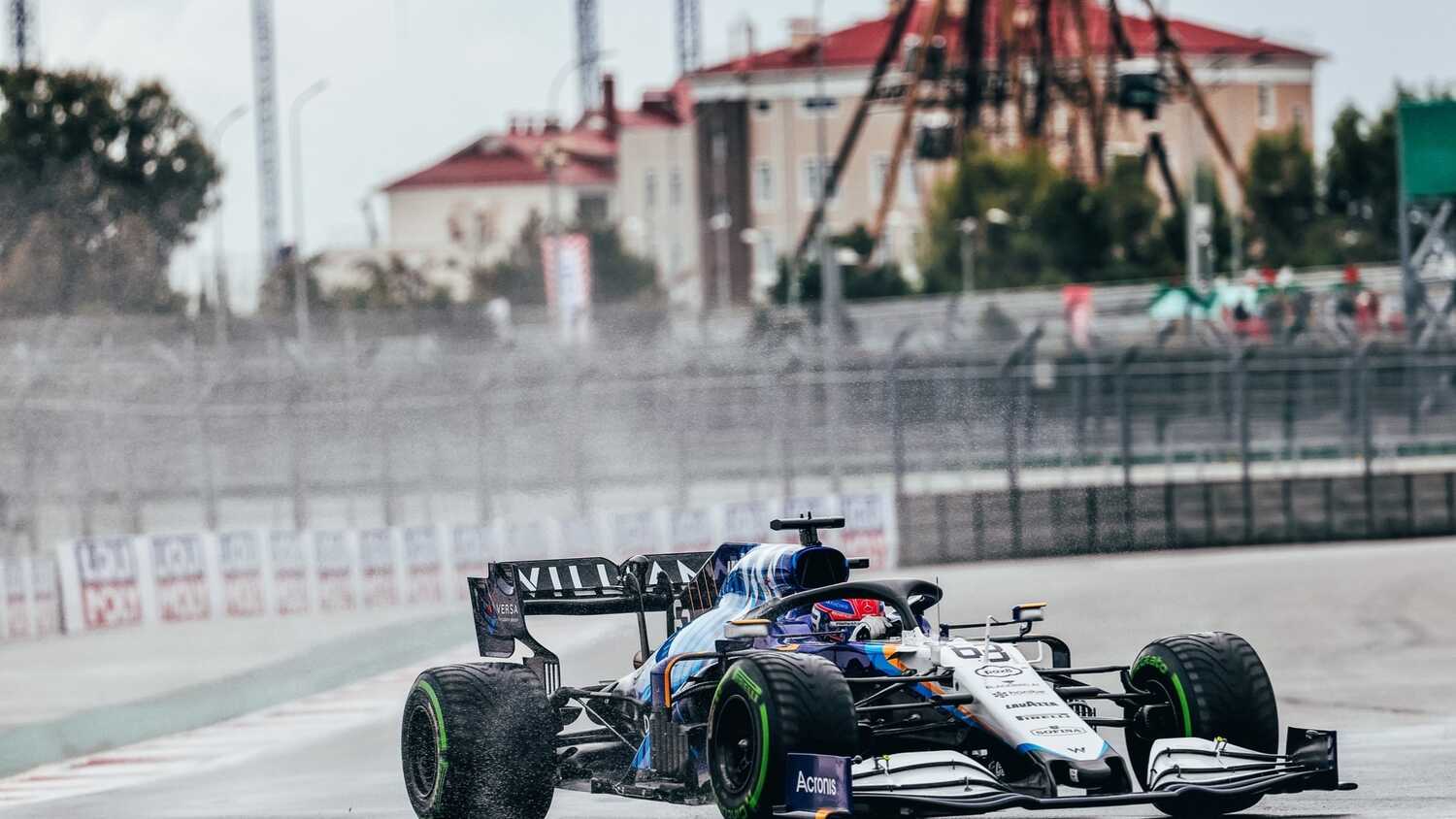 George Russell says Williams will target the podium after he qualified in third place for the Russian Grand Prix, ahead of Lewis Hamilton.

Russell took advantage of the drying conditions by switching early from the Intermediate tyre compound to the C5 Soft tyres, which enabled him to build temperature and improve his lap time at the end of Q3.

"It's crazy," said Russell. "It's the second time we're in the top three in four events. The team have done an amazing job once again, pitting at the right time, putting the right tyres on.

"Well done to Lando and Carlos. [I'm] excited for tomorrow!"

Russell qualified on the front row of the grid at Spa-Francorchamps but was technically out-qualified at Monza when Nicholas Latifi beat him in Sprint Qualifying.

However, he bounced back and made the most of the mixed conditions in Sochi and is "really looking forward to the race".

"Yesterday our high fuel pace was one of our best of the year," added Russell.

"I think it's still a long way behind these guys [Sainz and Norris] and the Mercedes, who are starting behind us, so we're going to have a battle on our hands.

"But we're pretty slippery in the straight, we've got some nice straight-line speed, so we're going to go for the podium again – we have nothing to lose."