Williams' George Russell has revealed he's had 'extensive' conversations with Toto Wolff since crashing with Mercedes' Valtteri Bottas at Imola. 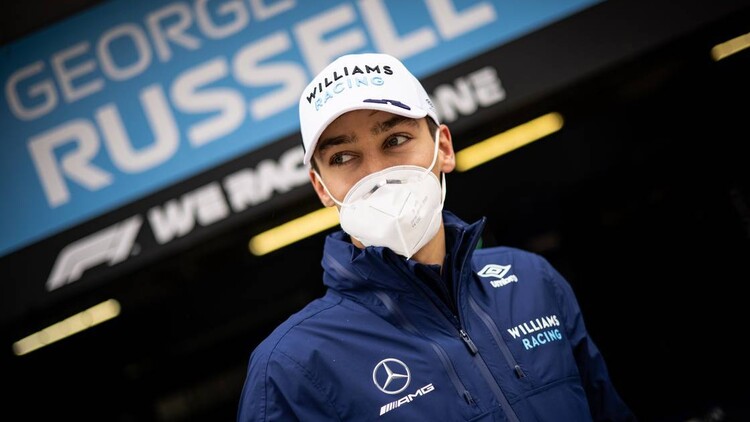 Williams' George Russell has said that his relationship with Toto Wolff remains intact following his collision with Mercedes' Valtteri Bottas at Imola.

Russell and Bottas crashed out of the Emilia Romagna GP two weeks ago, as the Williams driver attempted to pass the Mercedes into Tamburello. With Russell being a Mercedes-backed driver under Wolff's watchful eye, the resulting backlash seemed to threaten hopes of the British driver eventually joining the front-running team.

But Russell said on Thursday that his relationship with Wolff has possibly even improved as a result of the increased communcation.

Yeah, of course, you know, Toto and I have spoken extensively since the incident, but, you know, the contents of that will remain private," Russell told media, including RacingNews365.

"But you know, he's been very supportive, very constructive, our relationship has not been damaged at all following the incident. If anything, quite the opposite.

"Likewise, everybody at Williams, they've been incredibly supportive. They want me to attack and go for opportunities."

With Russell being in the unusual position of fighting a Mercedes on merit, he said it shows the huge steps forward his team have made recently.

"We're proud to have been in that position, we were in 10th position fighting for points on merit. And we've been there at points last year, but through fortunate opportunities, through other cars retiring, but we were truly there on merit going for an overtake. So yeah, we got to be proud of the progress."

Russell was asked about what he thought of Wolff's admonishment of him through media comments after Imola, in which the team boss said Russell had a 'lot to learn' about the 'global perspective' of attempting to race a Mercedes.

"What's important is, as a racing driver, I think the first rule is, you should never crash with your teammates," Russell said.

"Obviously, right here, I would not be in the position I am today without the support of Mercedes, they've had my back since day one. And, as a consequence, Lewis and Valtteri are teammates of sorts to me.

"Regardless of the circumstances, we should not be coming together on track, whether it was my fault, his fault or a racing incident. Emotions were high for all of us.

"I agree with that, that we should not be coming together. But nevertheless, I don't go into any overtake planning to crash or to end my race. That was obviously an audacious attempt. I got it perhaps wrong on that occasion, because ultimately, it ended my race and the race for our team and missing out on points."