Russell on Hamilton's chase for F1 history: Set in stone

The Formula 1 season begins in Bahrain in March 28 with many tipping Lewis Hamilton to win yet another world title. Add George Russell to that list, as the Williams driver has tipped his compatriot to win it all. 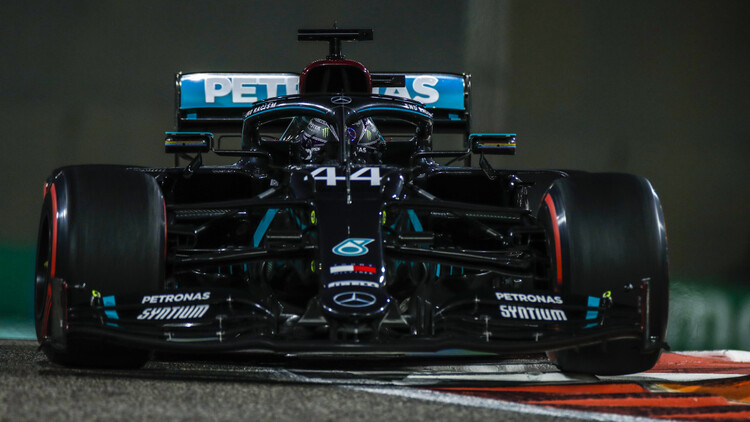 When it comes to the 2021 drivers' championship, George Russell is convinced Lewis Hamilton will claim his eighth title and move past Michael Schumacher to sit atop the record books.

The Mercedes man is viewed by many as the favourite to win yet again ahead of the start of the season in Bahrain in March 28, though Red Bull are hoping they have a say in the matter.

However Russell has his money on Hamilton to win the championship yet again, claiming a title triumph is "set in stone."

"I think that's pretty set in stone to be honest," Russell stated on a live Instagram video with Formula 1 after Williams' car launch on Friday. "I have absolutely no doubt he's gonna be winning the eighth title this year.

"He's done an amazing job he's cruised over the last couple of years to that championship, and with the regulations not changing, I think he's in a great position."