The British driver says his teammate Nicholas Latifi is "truly doing a very good job" at Williams and deserved to keep his seat for 2022. 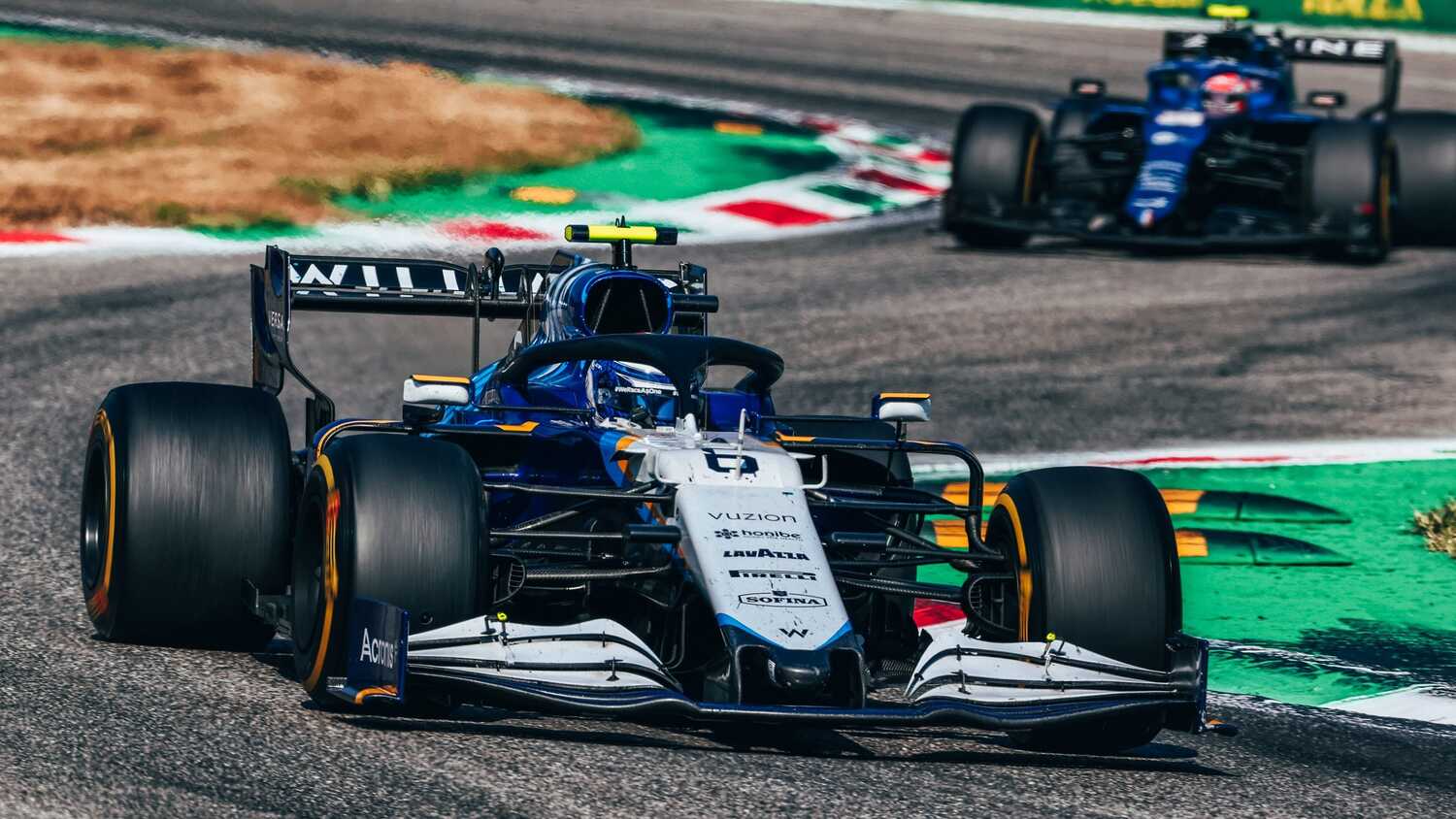 George Russell says teammate Nicholas Latifi earned his 2022 seat at Williams "on absolute merit" after a strong run of form for the Canadian.

Latifi recently confirmed that he will remain with Williams for the 2022 Formula 1 season and was close to scoring points at the Italian Grand Prix, only missing out due to the timing of the Safety Car which was caused by a collision between Lewis Hamilton and Max Verstappen.

"Nicky was doing an extraordinary job, he deserved to be in the points," Russell told RacingNews365.com and other select members of the press.

"He's really getting stronger and stronger, week-in, week-out, finding a lot of confidence and he’s really doing a good job.

"He retained his seat on absolute merit this year. I've got a lot of respect for how he's working and how he's going about his business, trying to improve. And as I said, he is truly doing a very good job."

Latifi out-qualified Russell for the first time at Monza when he beat him in Sprint Qualifying, which dictated the grid for the Italian GP.

The 2019 Formula 2 runner-up also finished ahead of Russell at the Hungarian GP, where Williams had a breakthrough double points finish.

"In the past races already, Williams have been seeing that internally, although it's not been on the finishing results," said Latifi.

"I know I'm getting much closer. In certain instances, I could be ahead. It's just really putting it all together, especially in the races.

"When you're ahead and you stay ahead up until the [end of the] first stint then everything naturally becomes much easier for you, because you get priority with the pit-stop [and] you don't suffer as much with battling behind.

"It all stems from qualifying in the end. I was able to get ahead of George in the Sprint Qualifying and that makes it easier. I think the improvements are coming quite big."