Russell hails Williams: So joyous to drive compared to normal

Williams Formula 1 driver George Russell has lavished praise on the Williams FW43B saying the car felt the best it's ever felt. 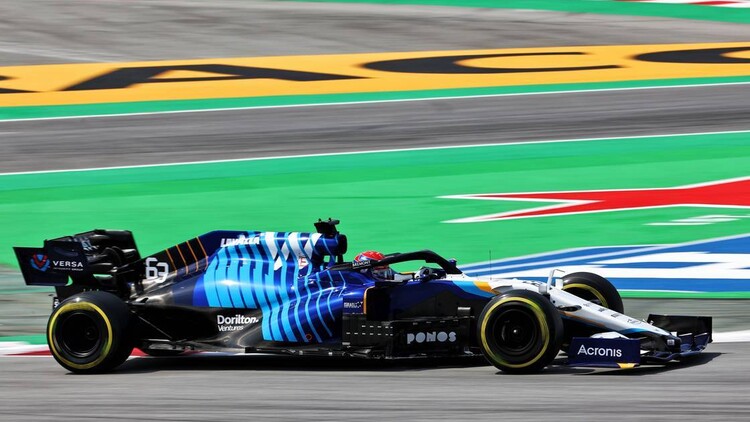 British racing driver George Russell was upbeat about the way his Williams FW43B performed stating that it was an absolute joy to drive.

While there is no doubting Russell's pace the British driver is yet to score a point with Williams. The Spanish Grand Prix saw the Englishman briefly run in the points, with Williams taking advantage of an early safety car period, though he would ultimately finish 14th. Nevertheless Mercedes junior was upbeat with regards to the performance of his car.

"The car felt today, the best its ever felt to be honest in a race, probably the best I can ever remember," Russel told members of the media including RacingNews365.com.

"That just makes it so joyous to drive compared to normal, most of which I put down to just calm day, we know, the beast, we have.

"The wind was less than 10 kilometers an hour there were minimal gusts, which just made the car consistent to drive and when it's consistent as a driver you can drive around it. When the car is nice and consistent, as a driver, you can really push it to its limit.

"You can manage the car as you wish manage the tires as you wish and really optimize everything. I think we take a bigger jump in both directions when these conditions are favorable or not."

The Williams man will be hopeful Williams can carry the pace they showed in Barcelona into Monaco, a track that is less depedant on aero that possibly any other circuit on the calendar.