With the first ever F1 Sprint Qualifying set to take place at the British Grand Prix, George Russell is ready to take a less conservative approach than some of his competitors. 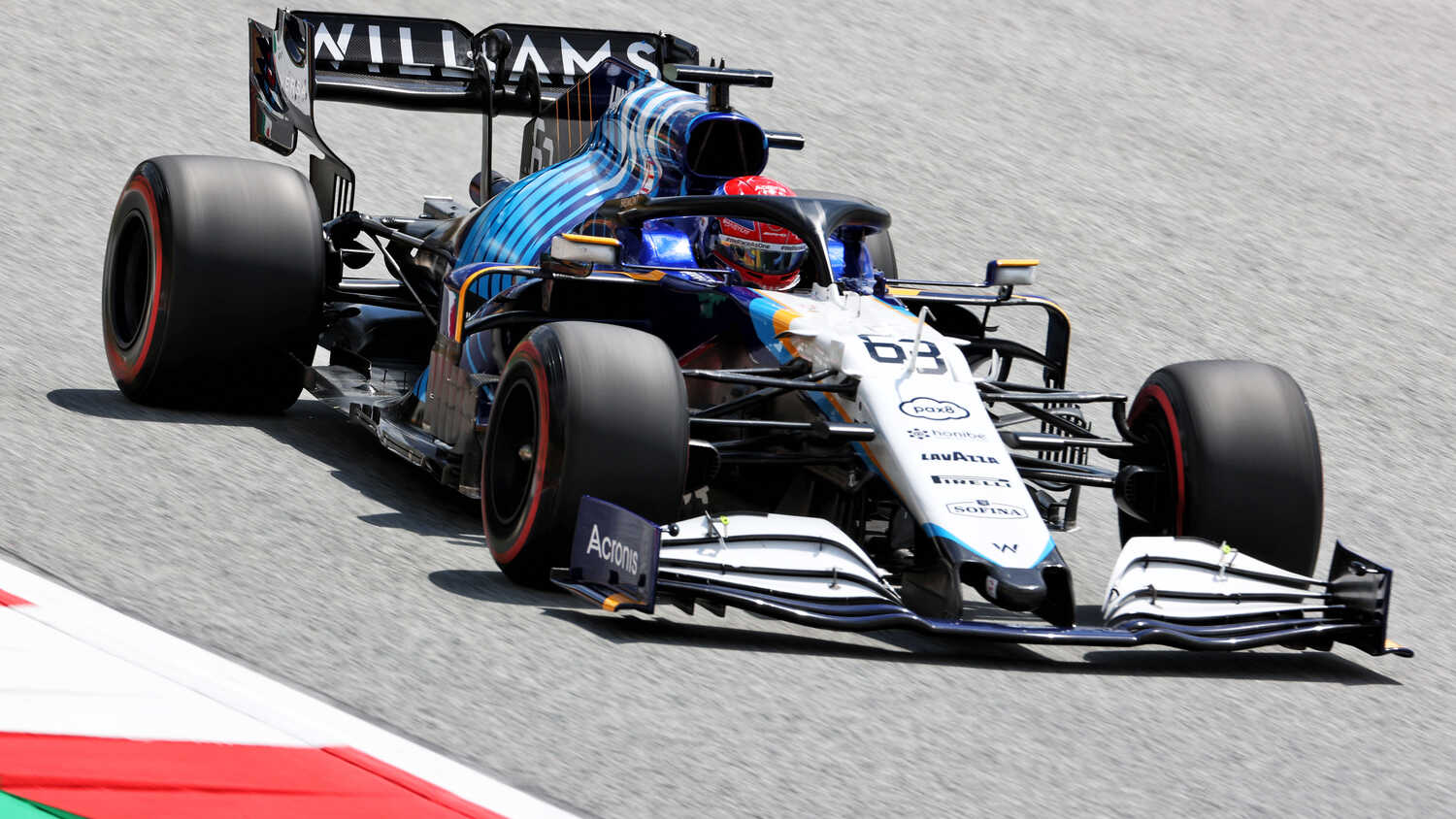 George Russell admits that Sprint Qualifying could offer a key opportunity for Williams to get ahead of some of their competitors at the upcoming British Grand Prix.

The drivers will take part in the new 30-minute race on Saturday afternoon, with the finishing order determining the starting grid for Sunday's main event. Whilst Russell thinks that the front runners may want to take a cautious approach, he believes that the sprint could allow backmarkers to take advantage.

"If everybody's conservative then it gives an opportunity to the one who's going to put a bit more out there," Russell told the F1 Nation podcast.

"Obviously if I were [Max] Verstappen or Lewis [Hamilton] at the front of the grid, you're not going to go for a reckless overtake and risk not finishing the race, because they can qualify in the top five or start in the top five for Sunday and still finish first or second.

"But in a position like us, when you're at the back of the grid, you've got to go for it. So this is an opportunity, because there are going to be people having a different approach.

The introduction of Sprint Qualifying - which will be trialled at three Grand Prix weekends in 2021 - has had some mixed reactions amongst the drivers, and Russell can see both the pros and cons of the format.

"Personally I think changing the format to have three days of action is great," the British driver explained. "The fans deserve it, we deserve it, and that's what people want.

"If we can increase the number of days of action, then that's a win-win, so that's definitely a plus.

"On the flip side, I personally saw no issue with the old format, obviously that's only split across two days. So it's finding that right balance really.

"If you're looking at it from a pure performance and maybe a selfish perspective, then there was nothing wrong with the previous format.

"If you're looking at it from a global perspective and a sporting perspective, what will offer more entertainment to the fans, then moving to the Sprint Qualifying is definitely the way forward."