Russell: Being teammates with Hamilton would be amazing

The Williams driver would love to be in the same team as Lewis Hamilton and has also ruled out a seat at Red Bull in 2022. 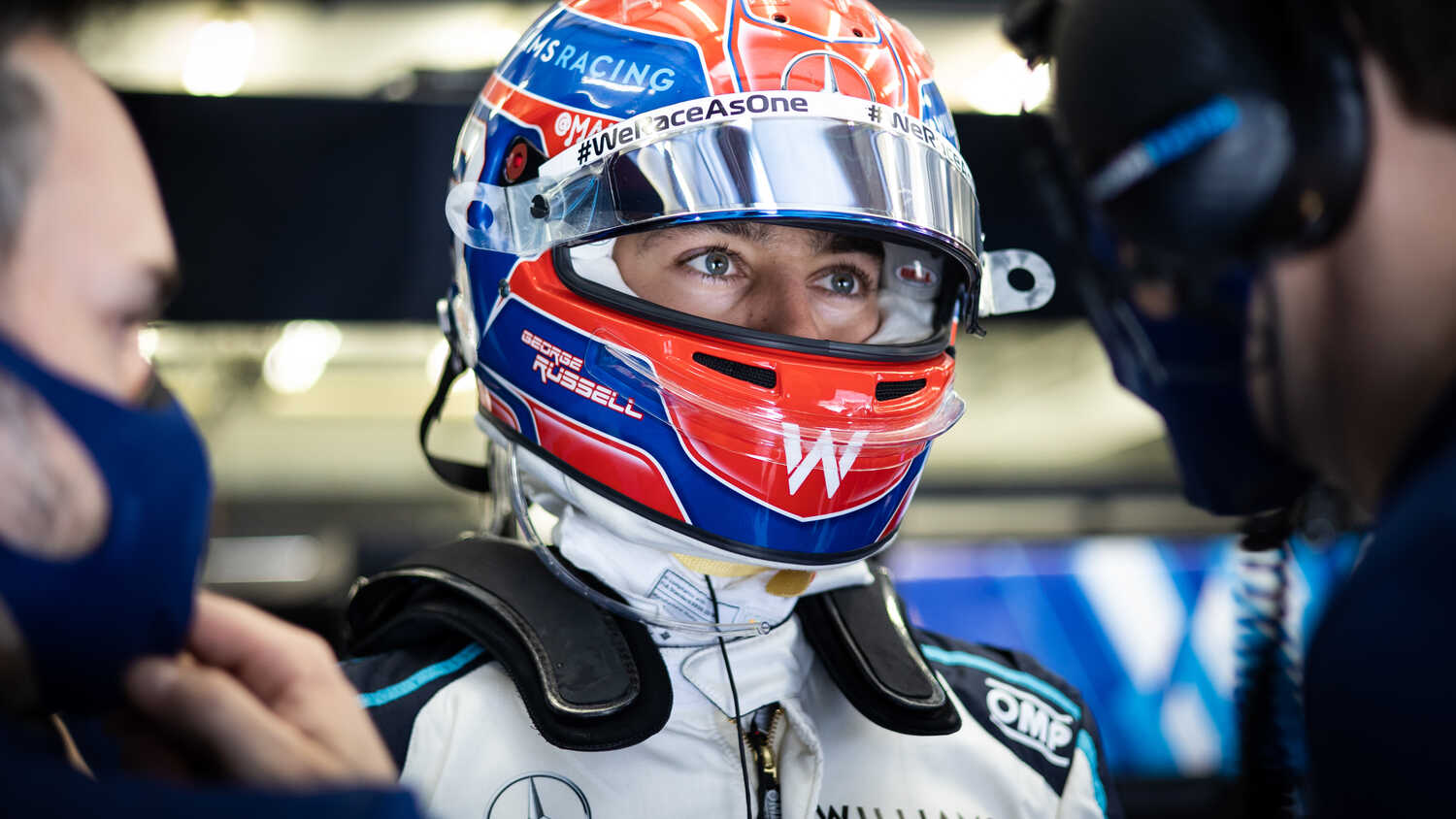 George Russell would relish the chance of being teammates with Lewis Hamilton as he continues to be strongly linked to a seat at Mercedes in 2022 alongside the seven-time world champion.

Russell, who admits he has missed racing at the front of the field, has been quiet about speculation that he will replace Valtteri Bottas, but has confirmed the summer break is when negotiations about where he will race next year will come to a climax.

"Having the opportunity to be teammates with a guy like Lewis would be amazing because in my opinion, he is the best of the best," Russell told RTL.

"There is no argue in that, his stats say he is definitely the greatest of all time. If you want to be the best, going against the best is the only way and I am sure any driver would learn so much from Lewis, with all his experience and the mutual respect he has with many people.

"I want to be battling with the best and that's Lewis, that‘s Max [Verstappen], that's Charles [Leclerc], there are many guys at the front of the grid."

There were rumours that Red Bull would offer Russell a seat in 2022 if he was not able to seal a Mercedes drive. However, Russell has ruled out that move, confirming he will be behind the wheel of a car that has a Mercedes engine at the back of it next year.

"It's impossible for me to drive for Red Bull next year," added Russell. "I'm a Mercedes driver. Mercedes has been by my side my entire career. They gave me a lot of opportunities as a young driver.

"Of course, it's nice to get positive feedback or hear of interest from other teams, but my loyalty is solely to Mercedes."