Russell and Leclerc show support for Norris over lost win

Lando Norris was left devastated after losing out on a maiden F1 victory at the Russian Grand Prix, and fellow drivers George Russell and Charles Leclerc know all too well how this feels. 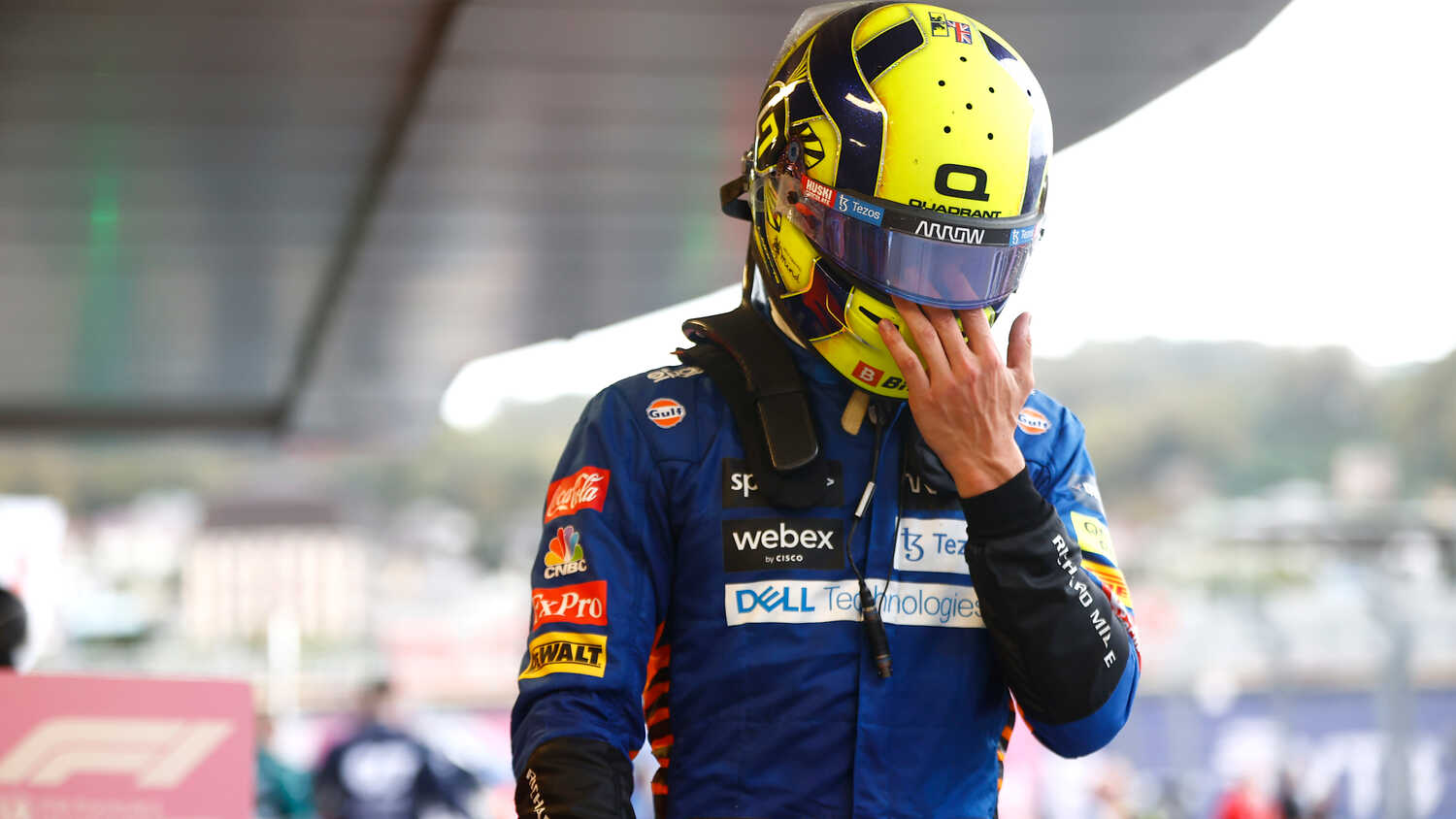 George Russell and Charles Leclerc have showed their support for Lando Norris after the Briton lost out on what would have been his first win in Formula 1.

The McLaren driver started the Russian Grand Prix from pole position and was leading the race for many laps. However, Norris misjudged when to pit for Intermediate tyres as heavy rain hit Sochi during the closing stages, and subsequently lost the victory to Lewis Hamilton.

Following the race, Norris admitted he was "devastated" by the end result and this is a feeling that Russell can relate to, having lost out on a debut win when he substituted for Hamilton at Mercedes in the 2020 Sakhir Grand Prix.

"It's every driver's worst nightmare, to be leading a race, and you start seeing rain on your visor," Russell told select media, including RacingNews365.com.

"I've been there. It definitely hurts, but he'll recover. I guess you try and take positives from it, and he'll have a victory sooner or later."

Leclerc has also experienced a similar scenario; back in the 2019 Bahrain Grand Prix, the Ferrari driver looked to be on course for his first win in F1 before his car was hit by a power failure, pushing him down to third.

It wasn't long before the Monegasque claimed his debut victory, which came later in the 2019 season at Spa-Francorchamps. However, Leclerc can still empathise with how Norris might be feeling.

"It is difficult," Leclerc said. "Obviously I can imagine what he's feeling today, because he's part of the decision process in those types of situations, and he might feel very guilty.

"But he is an amazing driver. I think he has shown it very often this season. He has had a very strong season, and I'm sure he will learn from it, and it's just a matter of time before his first win.

"I don't think he should feel so down after the race he has done."