Ross Brawn explains how victory will change things for Ocon

The Formula 1 managing director believes Esteban Ocon's confidence will get a huge boost following his win at the Hungarian Grand Prix. 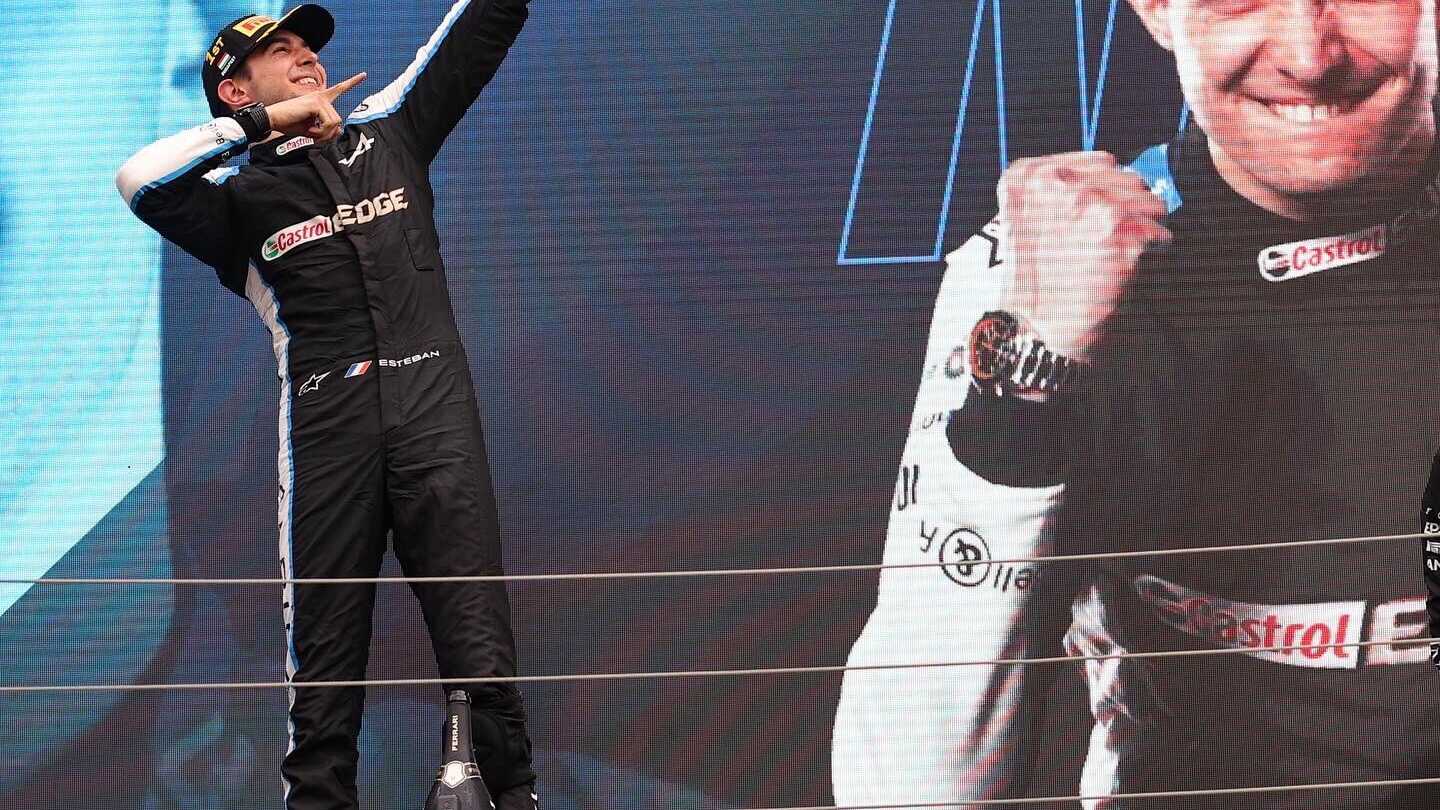 Formula 1 managing director Ross Brawn feels that Esteban Ocon's victory at the Hungarian Grand Prix will give him the confidence to win more races in the future.

Ocon held off Sebastian Vettel for over 60 laps at the Hungaroring, to win in impressive style on his way to his and Alpine's maiden win.

"This was an extraordinary performance from Esteban Ocon," Brawn wrote in his column for F1.com. "He has had a tough season as his team mate Fernando set a new benchmark for him.

"This race will be massive for the Frenchman. He was under pressure for 70 punishing laps and he didn’t put a foot wrong. Sebastian was hassling him the whole time.

"While he was fortunate to get in front, when he got there, he seized his opportunity. He also beat his team mate. All these factors will help build his confidence.

"He now knows that if he gets the chance to win a race, he is capable of getting the job done. He’s won in junior categories before but F1 is a step up, and he has delivered on the highest stage."

Vettel finished second at the chequered flag behind Ocon, but was disqualified for not having one litre of fuel in order to take a fuel sample after the race. Brawn thinks the Vettel of old which saw him win four world titles has returned.

"With his current demeanour, performance and approach, I can’t help but feel we have the old Sebastian back," said Brawn. "So it’s disappointing for him and the team that he was disqualified for failing to have enough fuel to supply a sample.

"While the loss of points is frustrating, he can take heart from his performances of late. I have to put my hands up and say I had my doubts when he went to Aston Martin, as the end of Ferrari career was pretty disappointing for everyone – but he has had a new lease of life.

"He was very close to taking that victory. It’s great to see him performing like that. He made no mistakes and pushed Esteban hard.

"That little problem in the pit stop might have been a factor in not getting past Esteban or at the very least would have made it a closer fight when his rival exited the pits. Like Fernando [Alonso], Sebastian is born again. He’ll be hoping for a better ultimate result next time around."