Nico Rosberg believes that Lewis Hamilton will have stored away Max Verstappen's 'brutal' first corner aggression, and will be out for revenge. 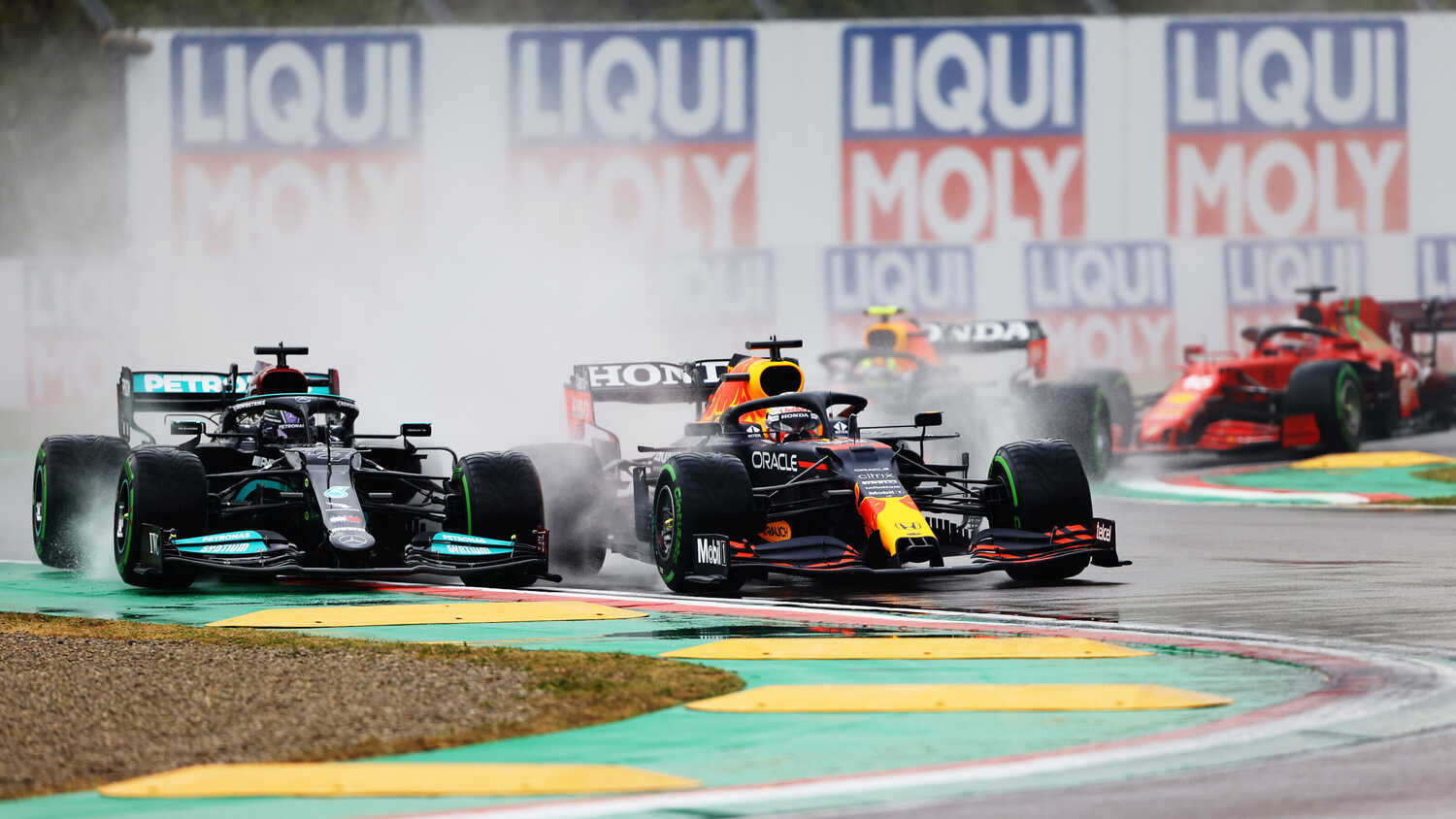 Nico Rosberg believes the psychological battle between Lewis Hamilton and Max Verstappen has already got some spice, as a result of Verstappen's aggression at the start at Imola.

Verstappen stormed into the lead from third on the grid, holding his nerve and running Hamilton out of road through the opening corner. The Mercedes driver was forced to yield, and picked up some minor front wing damage as a result of the moment.

Rosberg, no stranger to battle with Hamilton after being teammates with him at Mercedes between 2013 and 2016 during their fiery rivalry, believes Hamilton will have stored that moment away, even if he doesn't publicly acknowledge it.

"There is already a battle on and off track between Hamilton and Verstappen," Rosberg told Sky Sport Italia.

"On track, of course, we see it very well, they really fight wheel to wheel there. Verstappen pushed Hamilton aside very brutally during the race at Imola and that is a moment Lewis will remember throughout the season.

"He didn't say anything on the radio but, believe me, Lewis saved that moment because it was a brutal action by Verstappen so that is also a sign for Hamilton to know that there is a tough battle going on.

"For the fans, of course, it is nice to see this fight."

Rosberg explained that he believes Verstappen is favourite for the title this season, and that the pressure is now on the Dutch driver not to make any errors.

"Last year Verstappen only had a car he could occasionally win with, this year he is the favourite and that changes a lot," Rosberg added. "It gives 10 times more pressure. It has all changed because they have a good car now, you can't make mistakes anymore.

"You also have to think long term and take points every time, because he is the absolute favourite. From that role, you now also get the battle with Hamilton both on and off the track and that is incredibly beautiful to follow.

"Because Max is the favourite now, every time Hamilton is ahead of him in the championship it means Max has done something wrong and the pressure is on him. You can also see how Hamilton mentally wants to push him into that role of favourite by saying Verstappen has the best car and Verstappen does vice versa."