Now at his third team in the last four years, Daniel Ricciardo is beginning a new adventure with McLaren in 2021. The Australian will be working with racing director Andreas Seidl, who isn't afraid to be firm when needed. 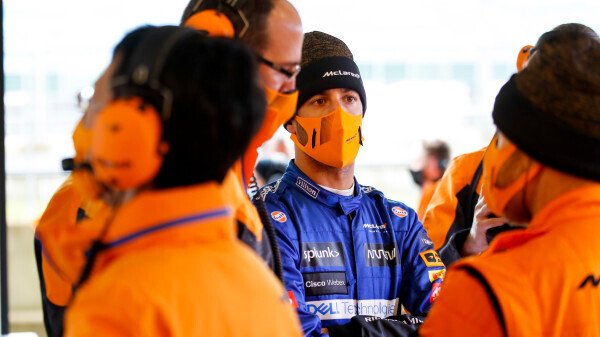 McLaren's Daniel Ricciardo reckons some 'tough love' is good for him, with the Australian saying he welcomes the authoritative approach taken by new boss Andreas Seidl.

Ricciardo has made the switch to McLaren for 2021, where he will partner Lando Norris after spending the last two seasons at Renault.

Adjusting to life under Seidl, the mild-mannered but firm racing director of McLaren's Formula 1 team, Ricciardo said he hopes the German will assert his authority over him when he feels it's needed.

“I think having some tough love was certainly good for me [at Red Bull]," Ricciardo told Square Mile. "Yes, we’ll see but I know Andreas Seidl at McLaren, I think he’ll be that guy to give me the tough love. I think you need that.

"They’ll hug us when they need to hug us and then tell us to smarten up when we need to. You need that little bit of authority, I don’t mind that.”

Ricciardo was brought up to Formula 1 through Red Bull's notoriously ruthless junior programme, and spent the first seven years of his F1 career under the watchful eye of Helmut Marko; the Austrian being well-known for his no-nonsense approach to driver relationships.

“I loved growing up in the Red Bull system," Ricciardo explained. "I loved having Helmut Marko breathing down my neck all the time, and making sure that I was getting the most out of the car and myself.

"I definitely matured a lot through that programme.”