Ricciardo exclusive: Verstappen is the second best driver in F1

Daniel Ricciardo was Max Verstappen's teammate at Red Bull for almost three years. In an exclusive interview with RacingNews365.com, the Australian looks back on their shared experiences and gives his view on who is the better driver... 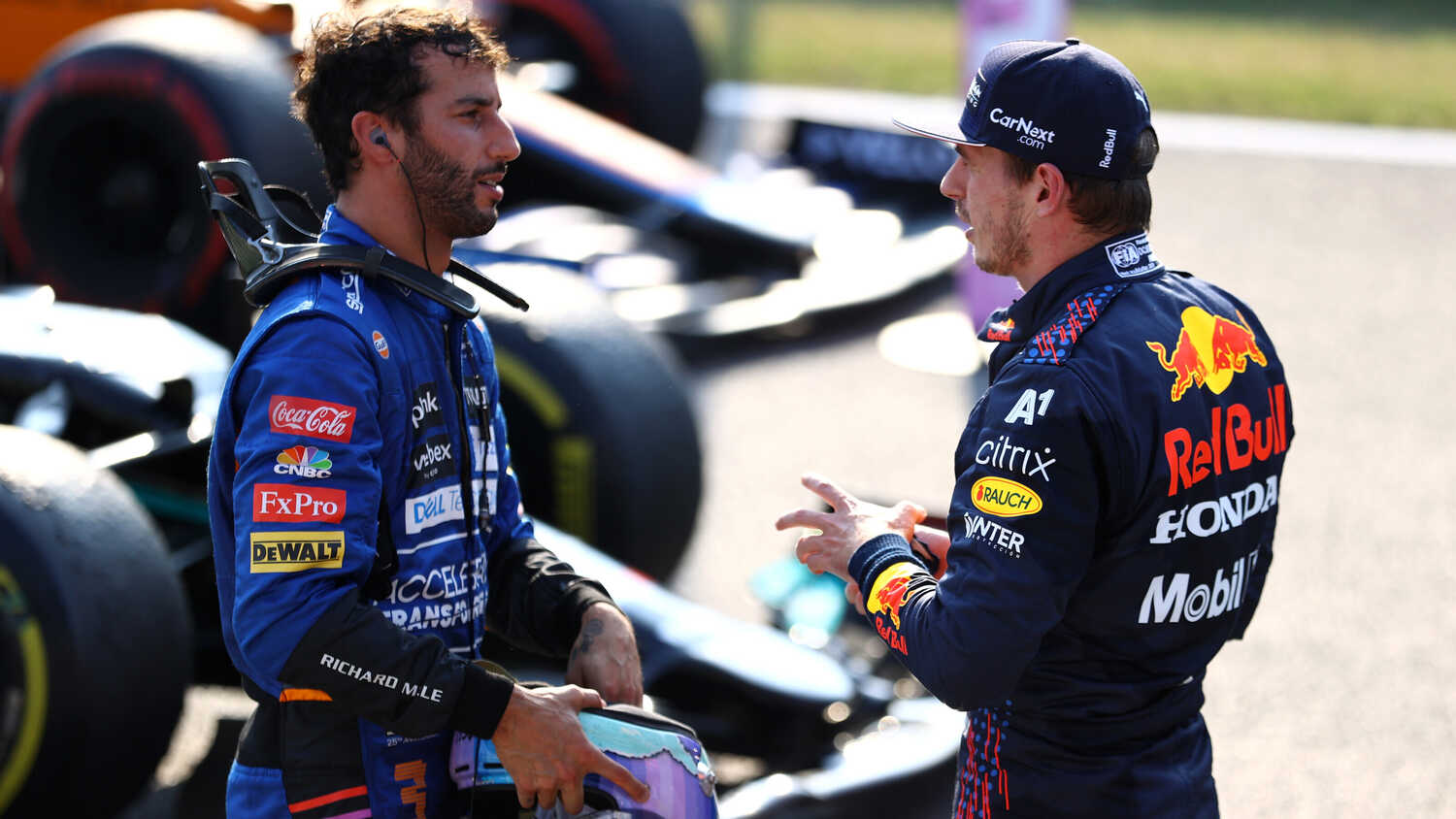 Daniel Ricciardo has provided more insight into his time competing alongside Max Verstappen at Red Bull, describing the significant impact the Dutchman made during his first appearance for the senior team.

Having impressed in his rookie campaign with Toro Rosso in 2015, Verstappen was promoted to Red Bull in place of Daniil Kvyat early the following season, taking over the wheel from the Spanish Grand Prix.

Verstappen went on to claim a sensational debut victory, aged just 18, setting the scene for an intriguing battle with the elder Ricciardo for the next three campaigns - prior to Ricciardo's departure from the squad.

Ricciardo has clear memories of their first practice session together at the Circuit de Barcelona-Catalunya, noting Verstappen's outright pace and "lack of fear", which he feels have now been complemented by growing maturity.

"As a person, I really like Max. For sure, it's been probably easier to get on with each other post-teammates, because we don't have that head-to-head, as you'd call it," began Ricciardo in an exclusive interview with RacingNews365.com.

"But I think also he's matured, you know, so I like the way he goes about his business as well. We are quite different, but I think he's very true to his word, [there's] not much bullshit that goes on. I definitely like him and respect him for that.

"As a driver, look, I remember his very first practice session in Barcelona, when he got into Red Bull, and he was on it straight away. I remember seeing the data and I was like, 'OK, he's not messing around!'.

"I think he has that speed, that raw speed, that lack of fear. Now he's got that maturity to really make him a top, top, top tier [driver]."

Their fight at Red Bull was always equal

Looking back today, Ricciardo speaks positively about his spell as Verstappen's teammate, despite a few flashpoints - the most dramatic coming at the 2018 Azerbaijan Grand Prix, when the pair collided along the main straight.

"It was fun. There were definitely some on-track collisions, but it was never… I think for how fierce we were, I think we handled it pretty well," explained Ricciardo.

"The debriefs and that were never hostile. I think we exchanged information pretty well. I think [our Race Engineers] were good, there weren't any kind of secrets and I think they were pretty open with each other - so actually, the environment was pretty good."

Ricciardo insisted that he was given equal treatment to Verstappen at all times, though occasionally questioned Red Bull's "point of view".

"That's where I felt like a little bit unsteady. Insecure, I guess. I know with [Mark] Webber and [Sebastian] Vettel sometimes there was a front wing, this and that, who gets this part? I honestly never had that."

Who's the better driver?

Verstappen is locked in a close fight with Mercedes rival Lewis Hamilton for this year's world title, the 24-year-old holding an eight-point lead ahead of the final two rounds of the season in Saudi Arabia and Abu Dhabi.

Ricciardo is in no doubt that Verstappen will one day become World Champion, whether it's in 2021 or further down the line.

"If it's not this year, I think it's inevitable that he wins a world title. Not to say that it's an easy thing to achieve, but I think he has all the traits to do it," added Ricciardo.

"Also his racecraft is good, I like that he goes for gaps. I see a lot of similarities in the way he goes about racing, so that I can certainly respect."

Ricciardo then quipped: "Is Max the second best? Probably! Probably!"