Ricciardo clear on whether he'd let teammate through at home race

Daniel Ricciardo says it's the dream of every driver to win their home race, which is why he would only entertain the thought of letting his teammate through if the F1 World Championship was on the line at the final round of the season. 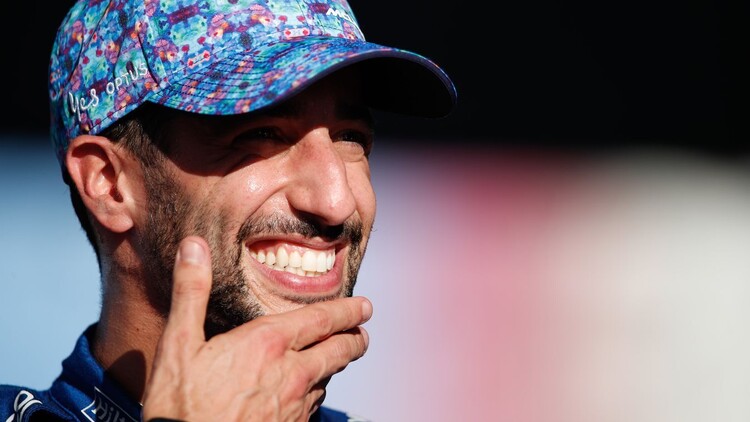 While Sergio Perez may have to wrestle between winning his home race in Mexico or helping Max Verstappen in his bid for the Drivers' Championship, Daniel Ricciardo says he wouldn't let his teammate through if he was put in a similar situation in Australia.

A large crowd turned out to see Perez put on a demonstration run at the Paseo de la Reforma on Wednesday, as fans are keen to welcome F1 back to the Autodromo Hermanos Rodriguez after last year's race was cancelled due to the COVID-19 pandemic.

Perez said it "would be a great problem to have" when asked about the thought of winning on home soil or following team orders to help Verstappen, and Ricciardo admits he wouldn't be prepared to give up a home win for his teammate.

"Right now, my answer is no, I would not," Ricciardo told RacingNews365.com and other members of the media.

"If it was the last race of the season, and that position swap literally meant the world title or not, then maybe that's a more complex decision making process.

"A home win... That's like the thing that you dream of as a kid. If you've earned it on track, then I feel like it should be yours for the taking."

As for McLaren's prospects this weekend, Ricciardo is aware of the threat posed by Ferrari as the battle for third in the Constructors' standings continues.

McLaren's lead now stands at just three and a half points following the United States Grand Prix, but Ricciardo is looking forward to the challenge of trying to stay ahead.

He added: "Every race now we're going to get the same question, the same challenge. It's really a duel for third in the Constructors'.

"Ferrari got a few points on us in Austin, but I think we certainly put up a good fight. You'll probably see that again here.

"On paper, I don't know how this track will suit us. I think it will actually be pretty decent. Generally, they [Ferrari] have a good package at the moment, so we're gonna have to work for it every weekend until the end now, but I'm looking forward to it. It's nice to have these battles."