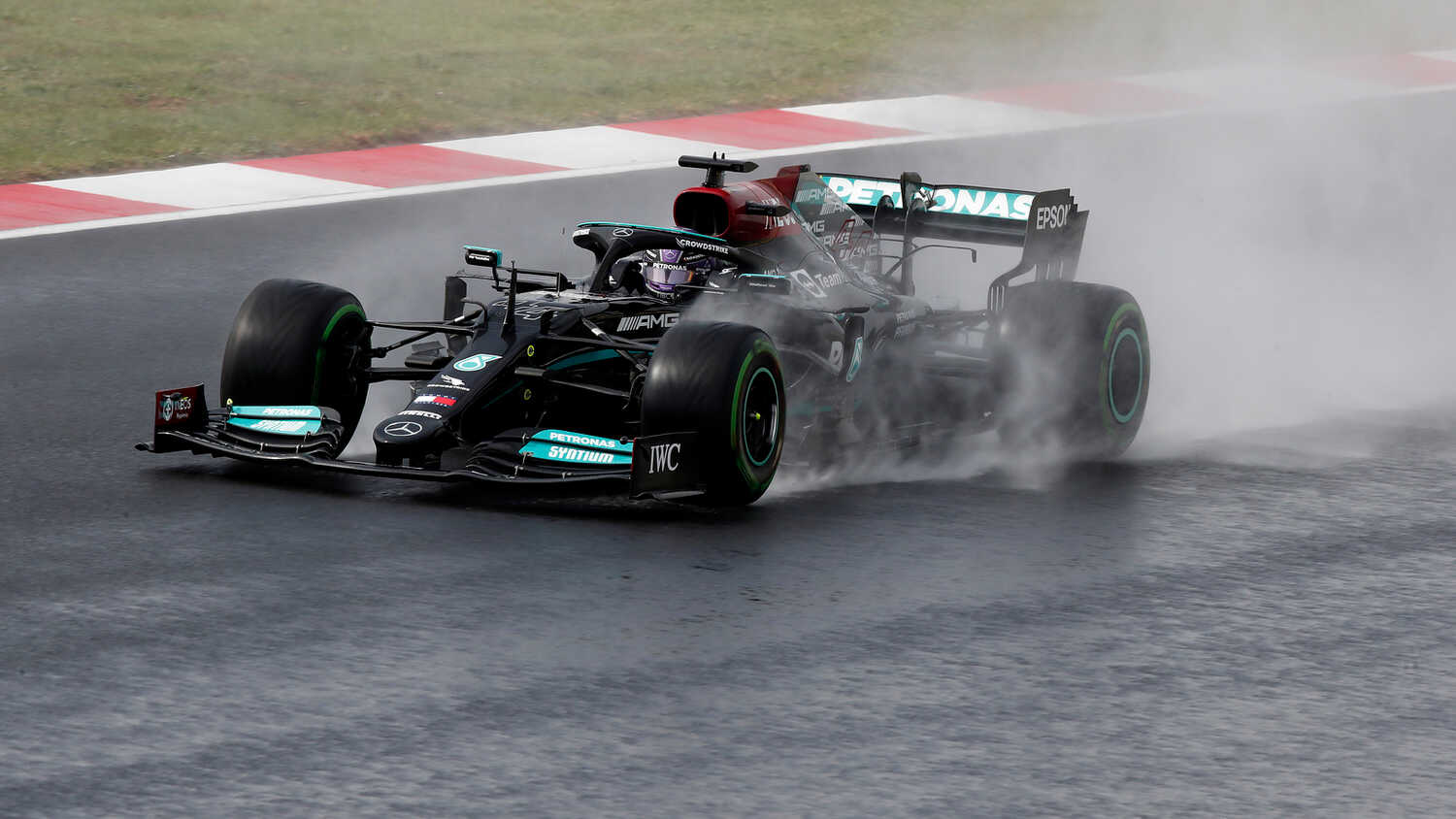 While Red Bull were happy to see Max Verstappen and Sergio Perez finish P2 and P3 in Turkey, much of the talk following the race has been focused on Mercedes' performance.

Valtteri Bottas drove relatively unopposed to his first win of the season, while Lewis Hamilton's bid for a podium finish was only ended by a late pit-stop, finishing P5 despite starting down in 11th.

Horner, along with Helmut Marko, has noticed Mercedes' improved straight-line performance in recent weeks, stating they've definitely taken a step forward when it comes to their power unit.

"Their straight-line speed has taken a significant step recently," Horner told RacingNews365.com and other members of the media. "Whereas we could match them with smaller wings previously, now we can't get near.

"We saw that at this circuit, where Lewis in particular had a significant straight-line advantage with a bigger rear wing on the car, [so] we've got to maximise our package as best we can.

"[It's] surprising that they appear to have made the step that they have with the power unit."

Nevertheless, Horner says F1 is a sport that requires teams to constantly analyse all factors, and Red Bull will continue to do so in their pursuit for glory in 2021.

"Formula 1, being the business that it is, we have a whole bunch of analysis [to do], looking at all elements, whether it's power unit, grip levels, specifics to our car, our competitors – that's the nature of the game," Horner added.

"I'm sure that the serious teams will be looking [at that] as well. You're always learning in this business, and on a day like today, you're going by the seat of the pants, because whatever the simulation data tells you, you've got to react to what you can see and what the drivers are feeling."