Red Bull explain the difference between Verstappen and Perez 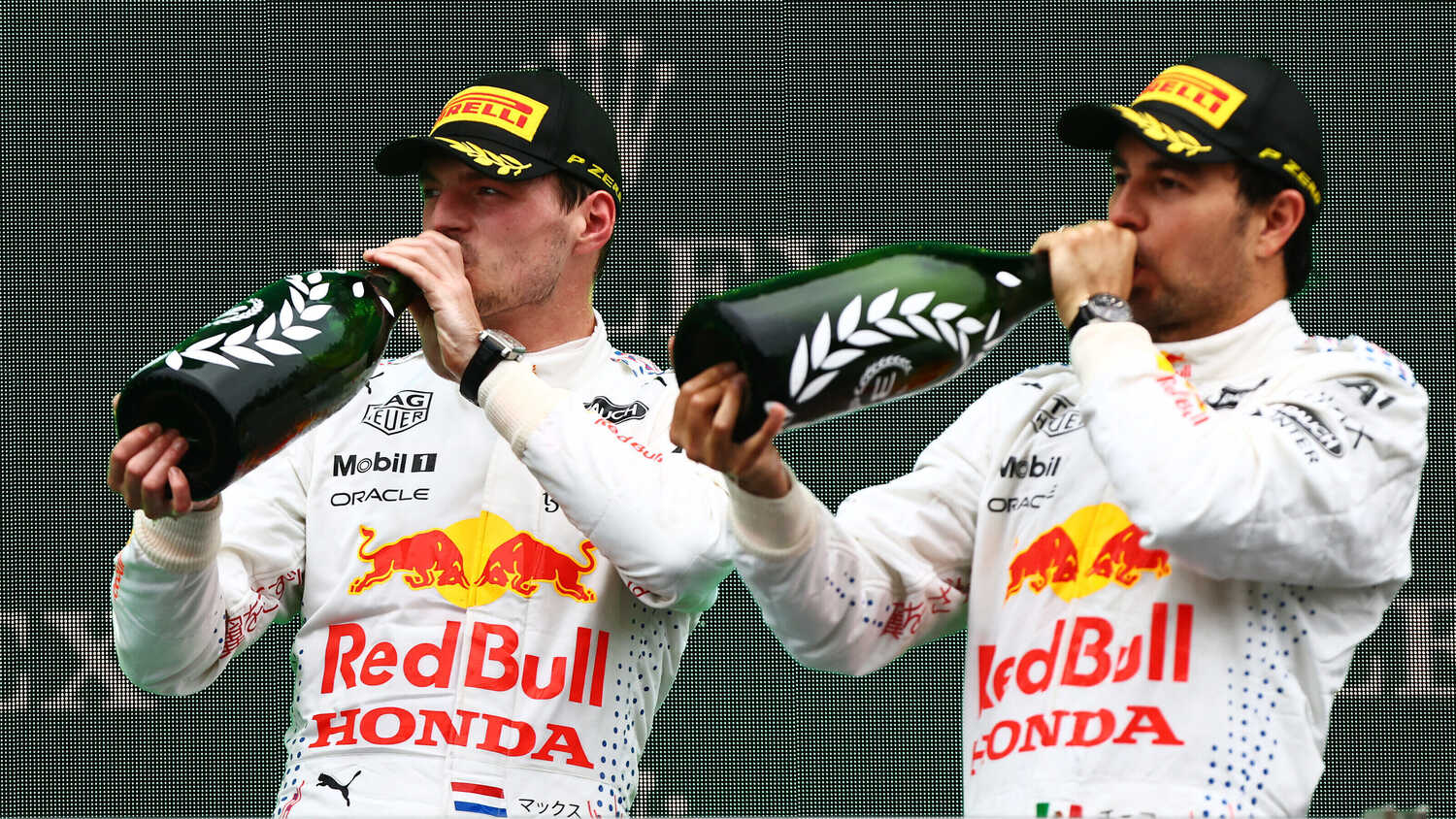 Red Bull chiefs have praised Sergio Perez for delivering a "much better" second half to the 2021 season, while explaining where he is still losing out to teammate Max Verstappen.

Perez experienced a mixed start to life at Red Bull, qualifying on the front row of the grid in Imola and winning the Azerbaijan GP, but more often than not struggling to match Verstappen's pace.

However, having scored just two podium finishes in his first 15 races with the team, the Mexican recently delivered a run of three consecutive rostrums, helping Red Bull in their fight against Mercedes.

New deal has given Perez confidence

Red Bull team boss Christian Horner noted that Perez's upturn in form came with the "security" of a new deal that was announced in the summer.

Perez initially signed with the team for one season but will stay onboard for F1's regulation overhaul in 2022, when he wants to challenge for the world title.

"We sat down together during the break and realised that we would get a better Checo if we gave him security," Horner is quoted by Auto Motor und Sport.

"The second half of the season proves us right. Checo has become much better."

Where is Perez losing out?

Horner went on to explain where Perez is still lacking to Verstappen, describing it as a combination of the Dutchman's raw pace and Red Bull's tricky-to-understand RB16B.

"Max is gaining all his time in the slow- and medium-speed corners - sometimes up to two tenths in a single spot," added Horner.

"The rear axle of our car has always been nervous under braking. Max doesn't mind that, [but] everyone else does - they lose confidence and become unsure.

"Maybe Max doesn't notice this nervousness in the car and just drives over it."

"Max drives fast with every car. Put anything in front of him and he's up to speed on the second lap," he summed up.