Red Bull's Sporting Director, Jonathan Wheatley, has shed some light on the behind-the-scenes work that goes into their pit-stops. 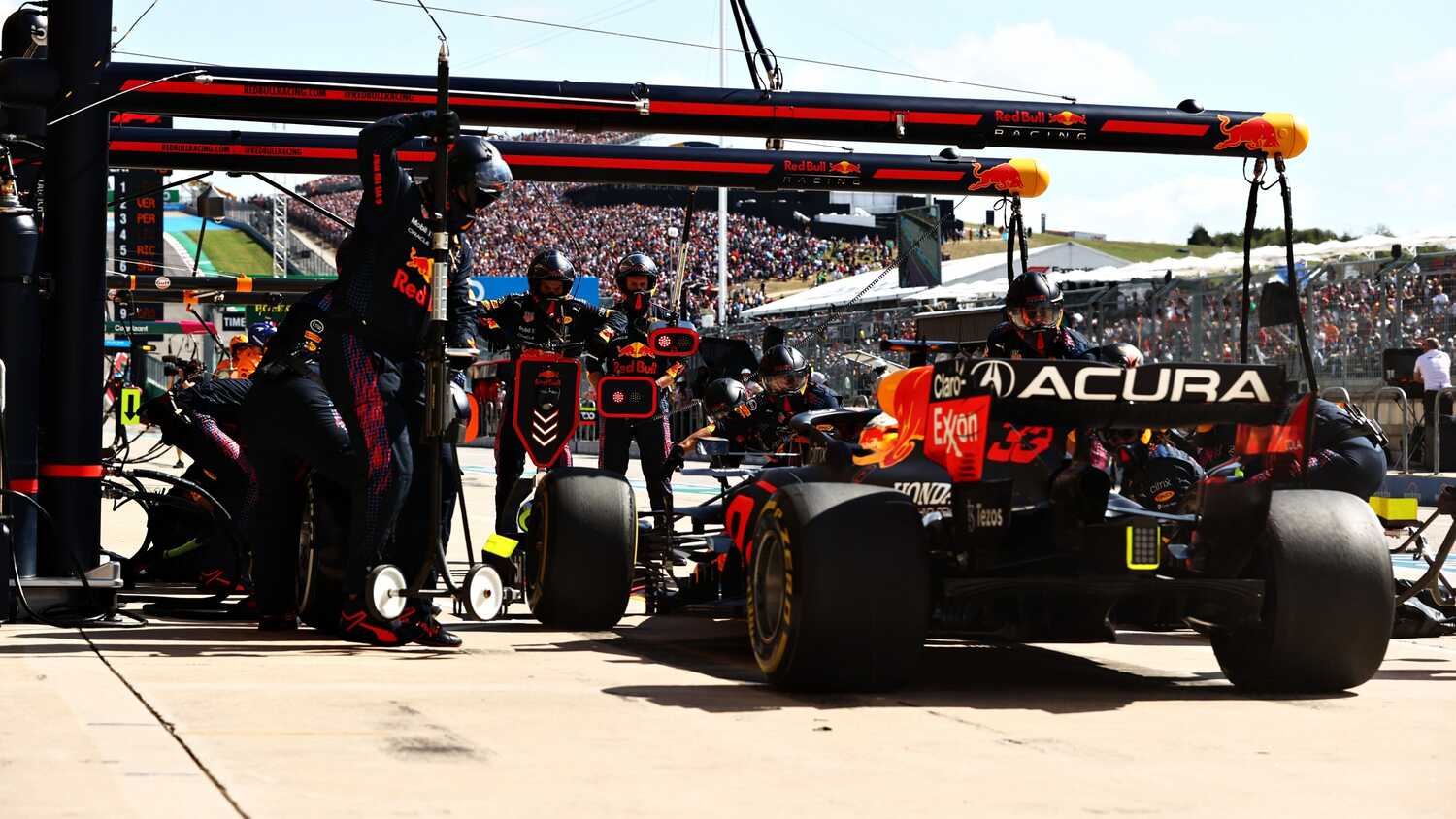 Red Bull finished the 2021 season with the fastest pit-stop award for the fourth consecutive season as Max Verstappen's stop in the Bahrain Grand Prix clocked in at just 1.88 seconds.

While regulation changes during the season meant that this time couldn't be beaten, that didn't stop Red Bull from consistently serving their drivers with rapid turnaround times that were the envy of the field.

Speaking about the process that has made Red Bull so formidable in the pit lane, Sporting Director Jonathan Wheatley explained what the team are looking for from their pit crew.

"I think one of the most exciting and interesting aspects of my role is the overall responsibility for the team's pit-stop performance," Wheatley said in a video for the Red Bull website.

"It can be a bit of a double-edged sword. Things don't always go right. But it's something that I've taken a tremendous amount of enthusiasm for and I've enjoyed so much over the years.

He highlighted the most important facets of the personnel that make up the pit crew.

"Fundamentally, you have to start by looking for somebody who's got great core stability, it's human performance," Wheatley explained.

"So we work very hard with the guys in terms of their mindset and also with their core stability. You don't want any injuries, you want the same people at the last race as at the first race.

"We are entering a new phase in Formula 1, the 2022 cars with 18-inch wheels, big heavy wheels. Frankly, as I sit here today, we haven't even tried one pit-stop practice with those types of wheels.

"It's just going to take an entirely different dynamic next year. There's going to be massive key in getting consistency and that's what we'll be working on all winter."

Red Bull finished the year with the fastest pit-stop at 13 of the 22 races, including three in a row at the final Grands Prix of the year. In the tense Abu Dhabi finale, Red Bull were the class of the pit lane with a 2.12-second stop for Verstappen.

This dependability has made Wheatley very proud of what his crew have managed to achieve.

"I'm enormously proud. We've had a lot of crew changes since I stood here a year ago," Wheatley said as he picked up the DHL trophy recognising the achievement.

"We've had our ups and downs through the season. But once again, the guys have just absolutely nailed it. And they've been rock solid all year.

"I think it's the embodiment of a team performance. You've got 22 people, including the driver - every single one of them has to do an amazing job. That motivation, that consistency - that comes from really motivated individuals.

"I think our efforts to get the most consistent pit-stops as is humanly possible, have been borne out by these incredibly fast times the guys are able to.

"When you've got a massively most motivated group of individuals, they come together as a team in that ethos.

"We've had our ups and downs, with some really slow pit-stops this year where things haven't gone quite right. They've rebuilt themselves, come back and I'm tremendously proud of them."