With all 10 F1 teams having now revealed their car designs for the 2021 season, RacingNews365.com looks at which have caught the eye for good and bad reasons. 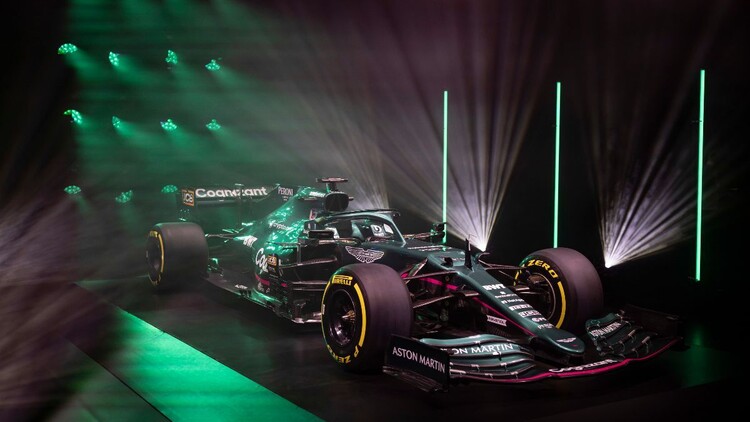 With the start of the new Formula 1 season almost upon us as winter testing kicks off in Bahrain this weekend, we now have all of the team’s cars to pore over and are sure to get even more details as the drivers finally get out on track for real

That also means that we now have all the team’s liveries over which we can cast our eyes, and with some new names and change designs, there have been a few surprises to pique fans' interest.

With all the designs now out and ready to get on the asphalt, RacingNews365.com ranks the best and worst liveries of 2021 from 10-1.

Williams didn’t have the best car launch in 2021, after their plans to use an app to show off the FW43B to fans in their living rooms was derailed after the platform was hacked prior to launch.

That wasn’t the team’s only issue though, as there was significant surprise at the team’s choice of colours compared to last year which are supposed to hark back to the 1992 championship-winning livery of Nigel Mansell. The reaction has been...not the best. 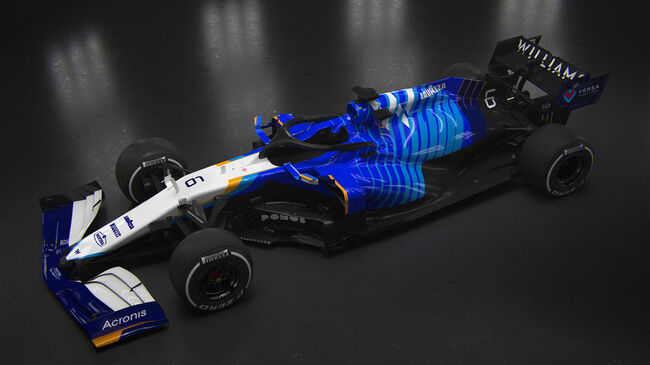 This livery was an...interesting choice. The only design that has come under investigation by the World Anti-Doping Agency given its striking similarity to the Russian flag, which is currently banned from global competition, Haas really went for a full change on this one compared to last season.

While the controversy has only grown since the car’s unveiling, the design itself looks relatively sharp. If maybe a little too close to the aforementioned banned flag for the American team’s own good. 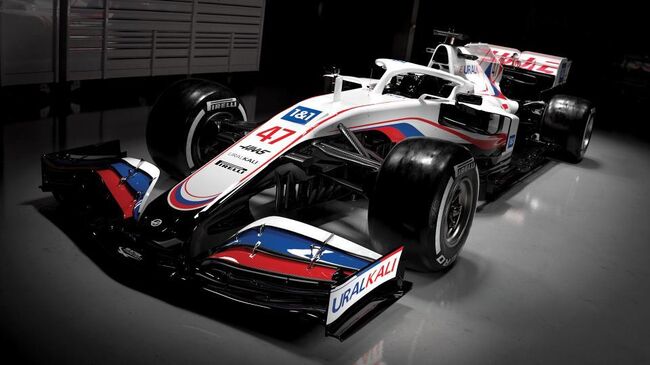 It is hard to get a classic wrong, and yet somehow Ferrari have managed to do just that.

With a mish-mash of colours, the rear burgundy blending not-so-seamlessly into the more conventional red on the rest of the car, and the bizarre choice of a bright green logo for sponsor Mission Winnow, the 2021 livery is not going to go down as a classic.

The rest of the F1 grid have developed their liveries since 2020, but McLaren look to have kept things broadly the same, with a few changes of sponsors all that is distinctive from last season. 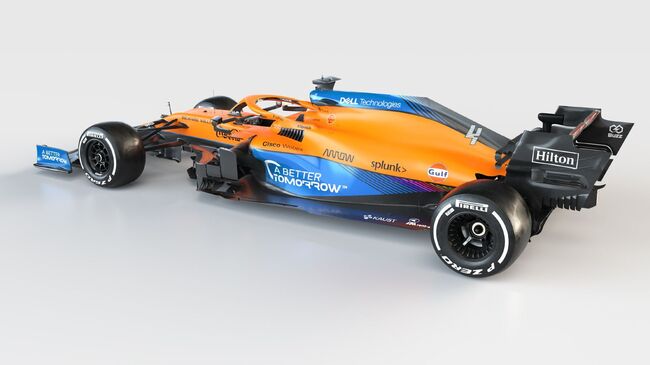 Similarly to McLaren, Red Bull have gone with a consistent look for its car for the third season in a row.

Given the iconic look that this design has now become, that is not necessarily an issue, and the car still looks as slick as its first outing. 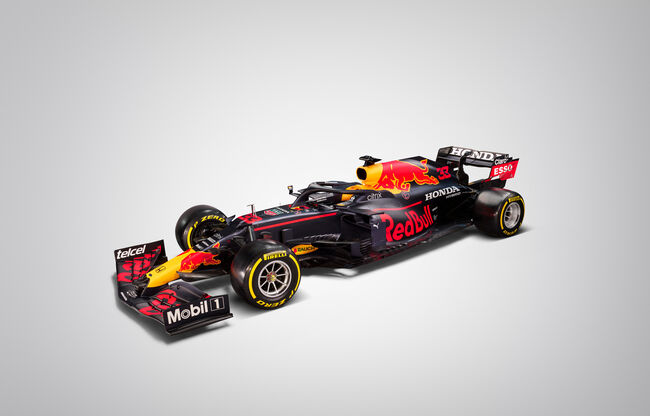 A slight revision to the Red Bull sister team’s livery this year has made a notable difference, with the more dominant blue on the front of the car changing the entire look and once again making the Italian team named after a fashion brand one of the most stylish on the grid. 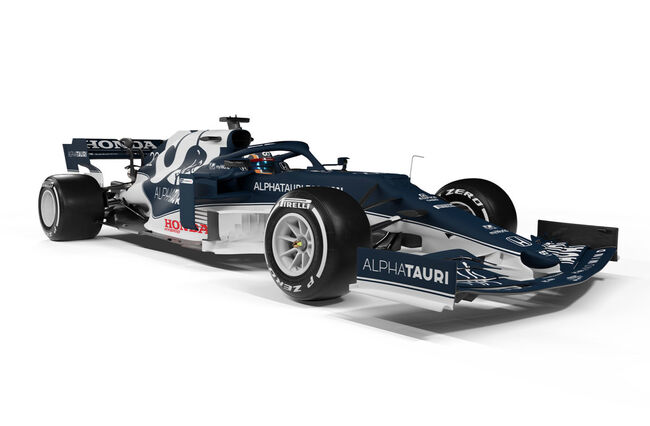 The German team departed from its historic silver livery for the first time last year, and this season’s all-black livery looks just as racy as last year, appropriately given that it is likely to be running at the front of the grid in almost every race.

There are some slight changes with a nod to the silver heritage on the air intake and hints of red for main sponsor INEOS. 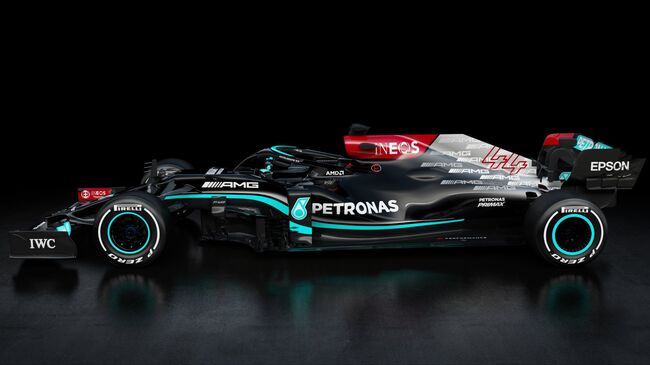 The French brand has a lot to prove as the Alpine name makes a return to motorsport, and they did not disappoint with their livery, emerging from the winter break with a stunning metallic blue livery which also contains a nod to the national flag. 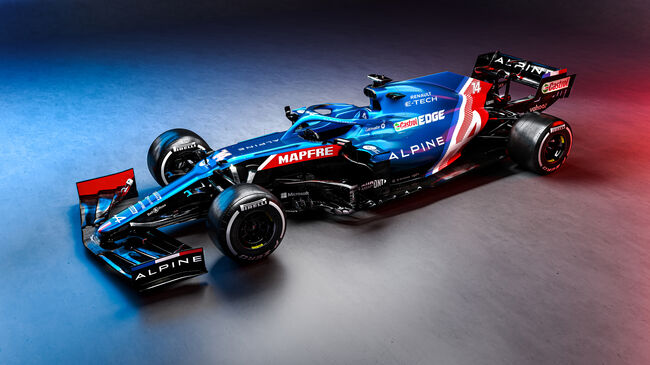 Another subtle change to last year’s livery which has made the world of difference, the Alfa brand is well represented on the 2021 car and looks to be another slick contender, even if it is more than likely to be running at the back of the grid. 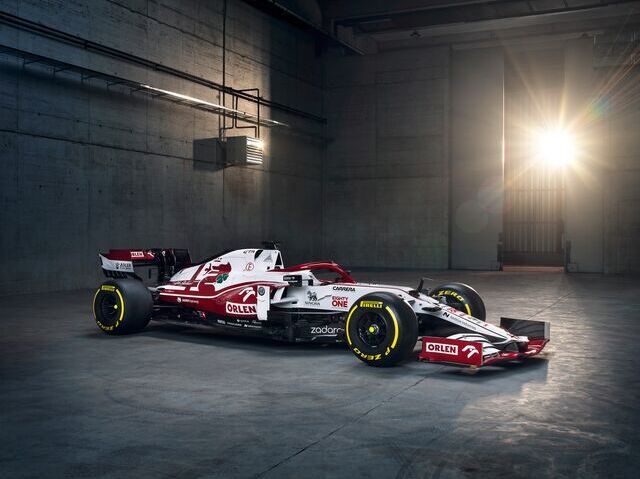 Is there a more iconic colour in the world of motorsport than British Racing Green?

After a 61-year absence from F1, Aston Martin wanted to make a statement on their comeback, and their livery has done just that by igniting the excitement of racing fans across the world with this iconic look.

It’s certainly a departure from the more mixed bag liveries its predecessor Racing Point have run over the years, and it marks a welcome return to the sport for one of the most well-known automotive brands out there. 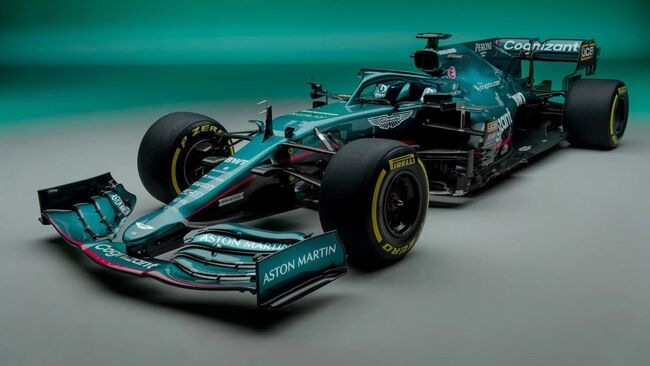