Raikkonen to retire from Formula 1 at the end of 2021

The Alfa Romeo driver has announced that he will leave Formula 1 at the end of the 2021 season, bringing to a close a remarkable 20-year career. 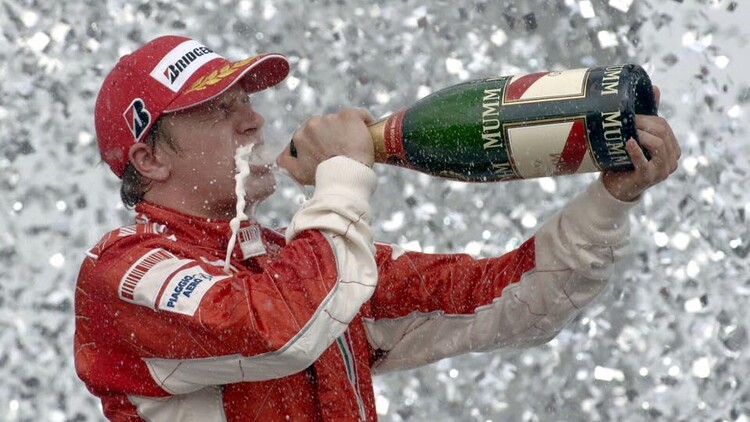 Kimi Raikkonen has announced that he will retire from Formula 1 at the end of the 2021 season, spelling the end of a record-breaking career that has seen the Finn go from fresh-faced rookie to becoming the 2007 World Champion and eventually the most experienced driver in the sport's history.

Raikkonen revealed he made the decision last winter, prior to starting the 2021 Formula 1 campaign.

"This is it," said Raikkonen on social media. "This will be my last season in Formula 1. This is a decision I did during last winter.

"It was not an easy decision but after this season it is time for new things. Even though the season is still on, I want to thank my family, all my teams, everyone involved in my racing career and especially all of you great fans that have been rooting for me all this time.

"Formula 1 might come to an end for me but there is a lot more in life that I want to experience and enjoy. See you around after all of this! Sincerely Kimi."

Raikkonen extended his career through a surprise move to Alfa Romeo, the team with whom he made his debut back in 2001 under the Sauber guise. It was somewhat unexpected due to Raikkonen's status as a frontrunner with Ferrari in previous seasons but, rather than shuffle into retirement, he opted to move to the midfield team for 2019 and continue racing.

Raikkonen previously took a hiatus from Formula 1 at the end of 2009 after a difficult year with Ferrari, the Scuderia electing to bring in Fernando Alonso alongside Felipe Massa. Going off to rallying and NASCAR, Raikkonen experimented with different forms of motorsport before announcing a return to Formula 1 with Lotus in 2012. This proved a hugely successful move, with Raikkonen winning a race for the underdog team late in 2012, before kicking off 2013 with another win.

Raikkonen began his career in 2001 with Sauber, having risen from British Formula Renault. A dominant performance in the 2000 series convinced Peter Sauber to take a chance on him. Raikkonen famously had just 23 car races under his belt at the time, ahead of his Formula 1 debut in Melbourne.

His 2001 performances attracted the attention of McLaren, who signed him to replace the outgoing Mika Hakkinen. It took until Malaysia 2003 for Raikkonen to join the winner's list in Formula 1, and he would miss out on that year's title by just two points. A strong championship challenge in 2005 saw Raikkonen beaten by Renault rival Alonso, not helped by numerous engine and technical failures while leading several races that year. A dip in form in 2006 led Raikkonen to be tempted to join Ferrari as Michael Schumacher's replacement, and he became the Scuderia's most recent World Champion to date in 2007.

RacingNews365.com understands that Valtteri Bottas will take his place at Alfa Romeo next year.