RacingNews365's very own Rudy Van Buren is gearing up to start his 2021 season in the Porsche Carrera Cup Deutschland. 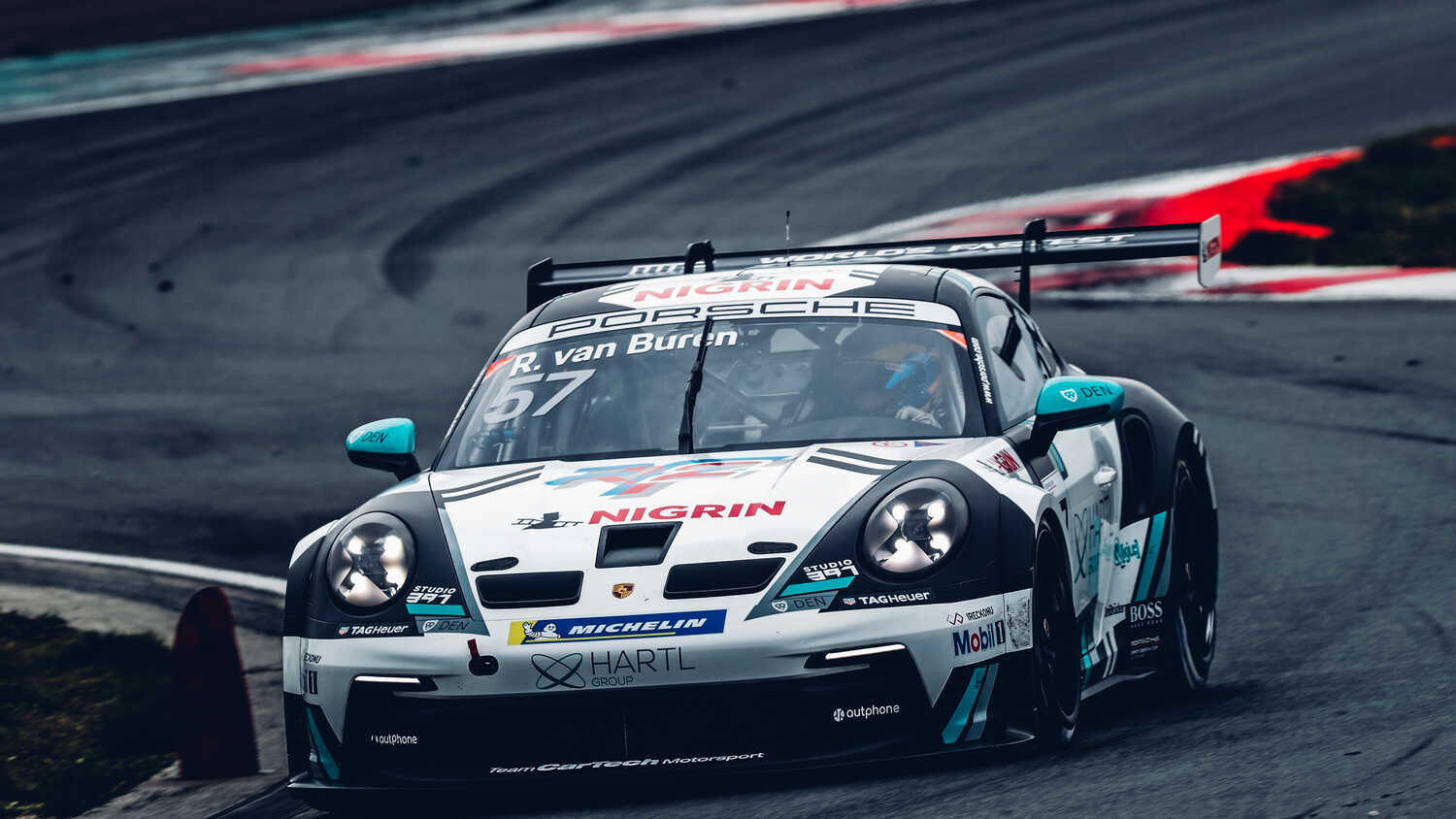 Rudy Van Buren, winner of the World's Fastest Gamer in 2017 as well as RacingNews365 contributor, is returning to the Porsche Carrera Cup Deutschland this year for his second season in the highly competitive championship.

Having completed his pre-season testing programme, the Dutchman feels geared up and ready to compete when racing gets underway next weekend at Spa-Francorchamps.

"With a brand new race car, you look extra for a good setup, to see what works and what doesn't", said Van Buren after many test kilometres on several circuits, each of which is also on the racing calendar in 2021.

"We did everything that was within the possibilities to do during the test days. So those opportunities have been maximised."

With 510 hp, the all-new Porsche 911 GT3 Cup has extra power compared to the previous model. However, the secret to getting to know and tune a new car well lies mainly in the details, Rudy also knows: "The changes made by the team and our working method seem to have already paid off. brands."

In mid-April, he tested three days at the Spa-Francorchamps Circuit prior to the 6 hours of Spa-Francorchamps for the FIA ​​World Endurance Championship. The first test took place at the end of March at the Nürburgring by means of a roll-out with the brand new car. This was followed by two test days at Motorsport Arena Oschersleben.

After the break in preparation and start last season, this time there was plenty of opportunity to test. Although: "In Oschersleben, skies seemed better suited than tyres at first, the weather was that fierce! When things finally got a bit drier, we were able to get started with slicks. That went very well.

"We have found the right philosophy. In terms of pace on both new and used tires, we are on the right track. We will all have to work, but I will be in the right place at Spa."

In addition to the aforementioned circuits, the championship takes the participants to the Red Bull Ring, Monza, Circuit Zandvoort and the Sachsenring. According to the calendar, the season finale will be held at the Hockenheimring in mid-October.