Prost threatens to leave F1 over reverse grids: I hate the idea!

Formula 1 World Champion Alain Prost says he would walk away from Formula 1 completely if the sport ever introduced reverse grids. 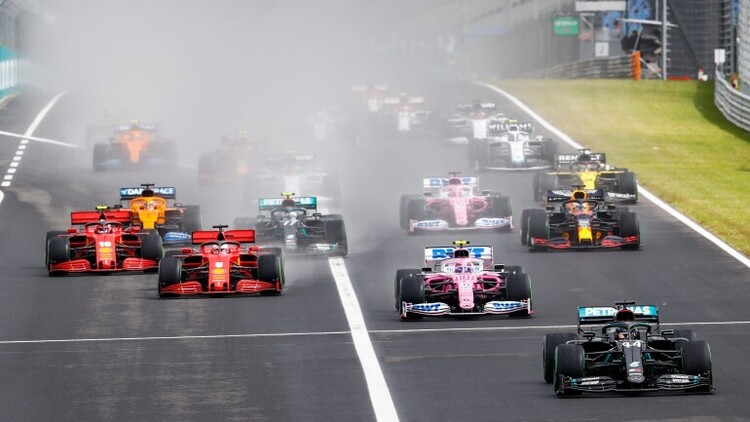 Alain Prost has said he would leave Formula 1 completely behind him if the sport ever went down the route of introducing reverse grids.

As Formula 1 experiments with Sprint races through the Sprint Qualifying format, the idea of a reverse grid has bubbled up on occasion.

Surprisingly, one of the proponents of the idea is Ferrari's Mattia Binotto, who said over the Monza weekend that such a concept would be "interesting" and, earlier this season, revealed that the team had initially pushed for reverse grids.

But one voice that is very much against Formula 1 going down such a route is three-time World Champion Prost, who told the Alpine podcast Prost In The Paddock that he is too much of a traditionalist to accept such a concept.

"I think it's good that Formula 1 is trying some things, but you have to understand why you want to do this. You have to ask yourself why," Prost said.

"Formula 1 must remain traditional. We have to understand the best car and the best driver win because they are the best. That's the whole idea of ​​Formula 1.

"I hate the idea of ​​a reverse starting order. I hate it. If they introduce the reversed grid in Formula 1, I would leave the sport!"

Prost admitted to his own views as a traditionalist of the sport, saying he also didn't like the idea of points for pole position.

"I think that's the worst thing you can do for Formula 1," he said.

"I would rather see a team dominate because they did the best work than a reversed grid.

"But I am very traditionalist. They also experimented with points for pole position at the time, which I was not happy about."